Butter tart festival brings out many 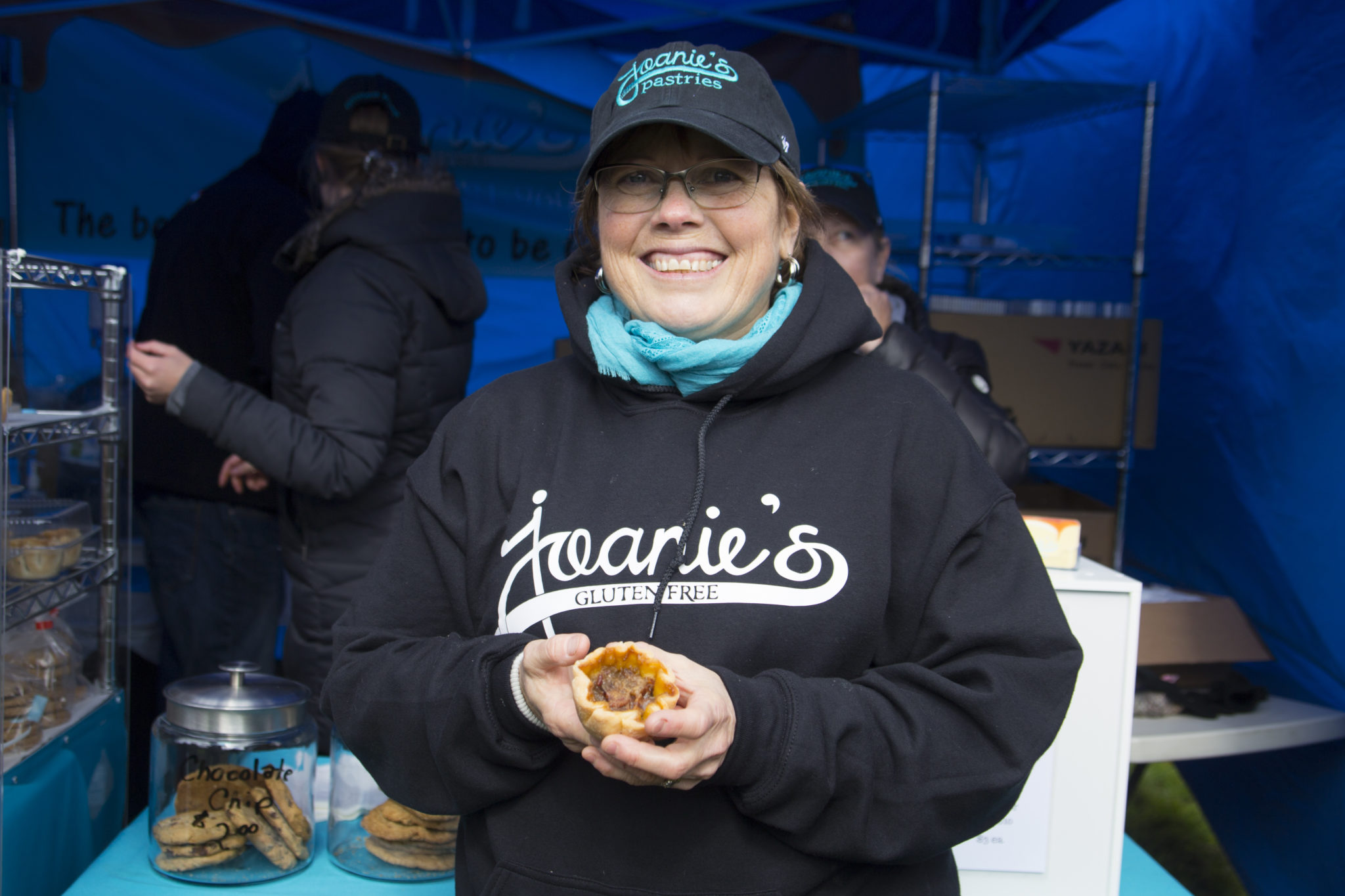 “It’s awesome,” said owner of Joannie’s Pastries Joan Hepburn with an enormous smile, “this is my very first one.”

Hepburn opened her gluten-free bakery three months ago outside of London, Ont. and took home third place for her tarts.

“I just loved it when I had a lady come by and she said she had tried so many samples here but mine was hands down the best pastry she had tried,” Hepburn said. “That’s a real compliment.”

“I’ve already applied for the festival in Midland,” she said, “my goal is to go to every butter tart festival that’s around.”

The touring festival brought upwards of 5,000 people to Paris, Ont. from all across southern Ontario and beyond. Event goers from as far as New York state checked-in to the event on Facebook with photos of them and the “Great Canadian Butter Tart Tour” sign at the entrance of the fairgrounds.

The festival contacted 900 bakers to make sure that there would be enough tarts to feed the droves of people hoping to get their fix of this national cuisine. By the end of the day, over 155,000 tarts were sold.

Some bakeries came prepared, while others had lines so long that they sold out quickly after the festival began.

Award-winning Doo Doo’s Bakery from Bailieboro was one of the first bakeries to sell out, having brought 175 dozen butter tarts.

“We weren’t sure this morning when we pulled in, it was so cold and there was so many vendors,” said Doo Doo’s owner Diane Rogers. “We’re just kind of blown away, we never stopped from the time they opened the doors and we’re sold out in two hours.

“It’s always good not to bring anything back home.”

Rogers, who has already won awards for best butter tart in show and best plain butter tart, hoped to bring home another award from Paris, but lost to Lourenço’s Bakery.

“It would be nice,” she laughed. “We’ve never been here before so they don’t really know us or our tarts.”

Though butter tarts are the focus of the festival, they were not the only family fun available. Food trucks, live music, vendors selling all sorts of goods and refreshments – including a butter tart beer from Sawdust City Brewing Co. in Gravenhurst, Ont. – were all available.

Those excited for the festival next year can find updates on its Facebook group “The Great Canadian Butter Tart Festival – Series” which will have information on when and where the festival will be stopping next year. Due to how successful the event was this year in Paris, organizers hope to bring the festival to other cities such as Fergus, London and Niagara.