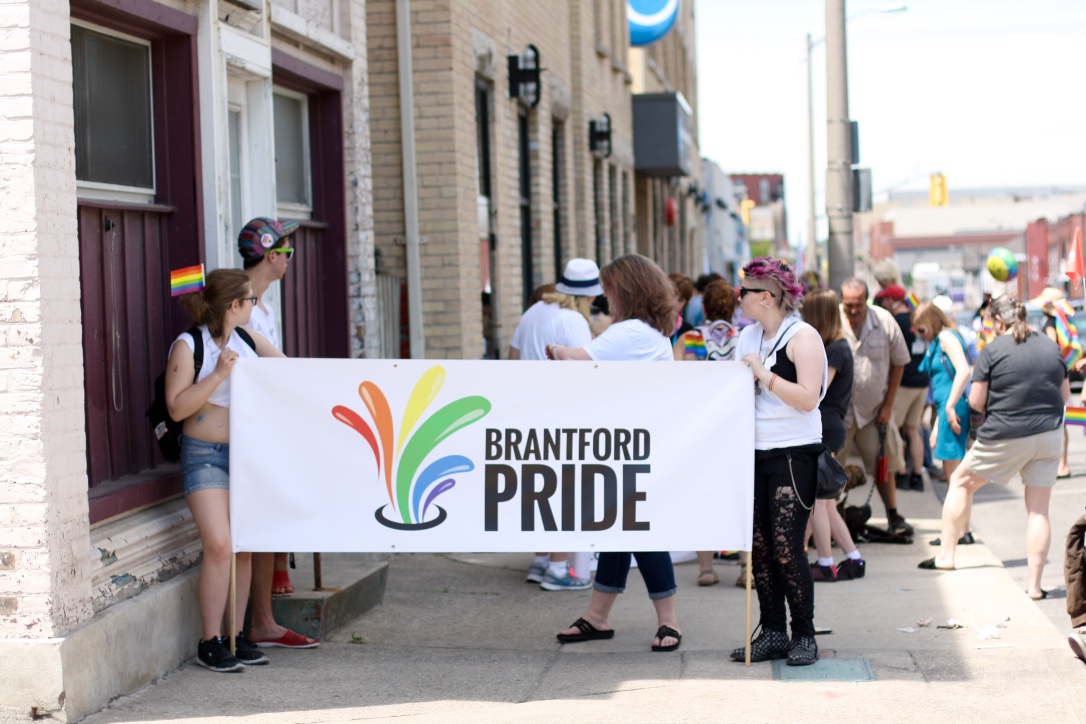 The raising of a rainbow colored flag at city hall marked the kickoff of Brantford’s sixth annual Pride Week.

The yearly event is hosted by Brantford PRIDE, a non-profit organization that is composed of community members and part ners. The week took off with a flag-raising ceremony that was held on June 13, followed by an array of events and celebrations ensued for the next several days. 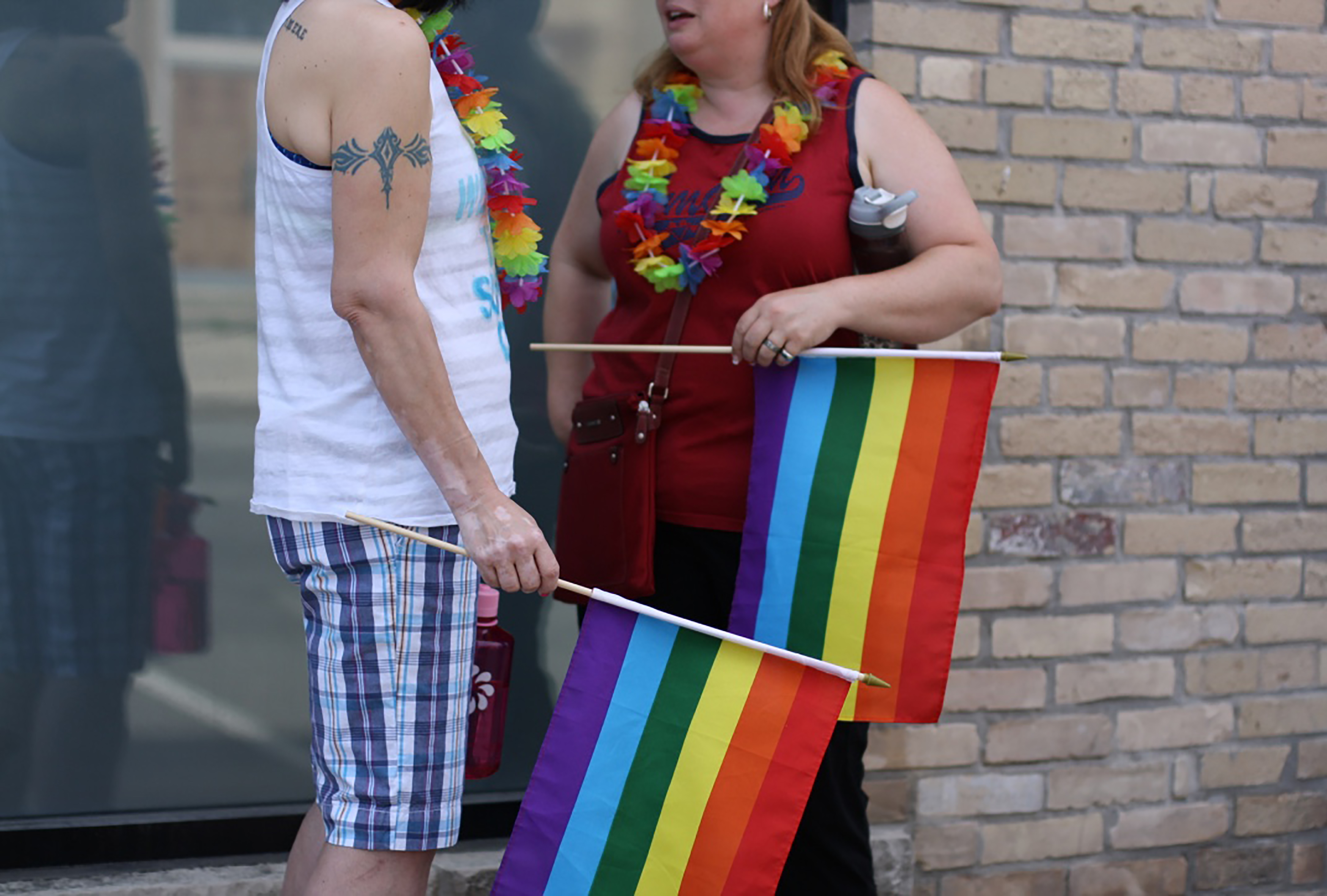 Ken Giesen, the treasurer for the PRIDE committee, proudly reported that the event was a huge success. “The flag-raising was attended by over 200 people, almost double the amount of people who attended last year.”

Brantford Pride was bigger than ever this year. There was a total of eight organized events, including a Pride Dance at Pavilion Hall, a non-denominational church service, and of course, the traditional Pride Walk.

Some of the most popular events included an Open Mic Night and an evening sunset cruise along the Grand River. “There were around 60 people at the open mic. People were spilled out onto the street because there was no room for them in the café,” reported Giesen. “The boat cruise was also sold out. 120 tickets were purchased, which was double what was sold last year.”

When asked about the growth of the Pride organization in the last few years, he added, “We are happy to announce that PFLAG – a peer support group for individu als, families and friends with questions or concerns about sexual orientation and or gender identity issues – is starting up in Brantford. The first meeting is on Monday June 20 at the Grand River Community Health Center. The group will meet the third Monday of each month at the GRCHC.”

Parents and Friends of Lesbians and Gays (PFLAG) is a Canadian organization which was founded by parents who wanted to understand, help, and support their children who are not heterosexually oriented. The organization works to help individuals during the ‘coming out’ phase, which can be emotionally difficult for everyone involved.

The LGBTQ+ community in Brantford has found a lot of support, especially in the form of
sponsors and donors who have contributed to Pride Week. The list of sponsors, donators, and supporters included The City of Brantford, Sociable tavern, The Brant Community Health Centre, the Sexual Assault Centre of Brant, and Wilfrid Laurier University. The partners and sponsors showed their support through the donation of time, materials, and door prizes.

Showcased on Brantford Pride’s website is a video called, “What Pride Means to Brantford.” Created by the members of the Brantford community, the two-minute clip displays the diverse group of participants as they describe that to them, Pride means acceptance, change, and celebration.

The mission of Brantford Pride, as stated on their website, is to, “To provide Brantford and Brant County with a cultural and economically viable annual festival and to encourage participation from the LGBT community and its allies, in planning, implementation and enjoyment of Pride celebrations.” 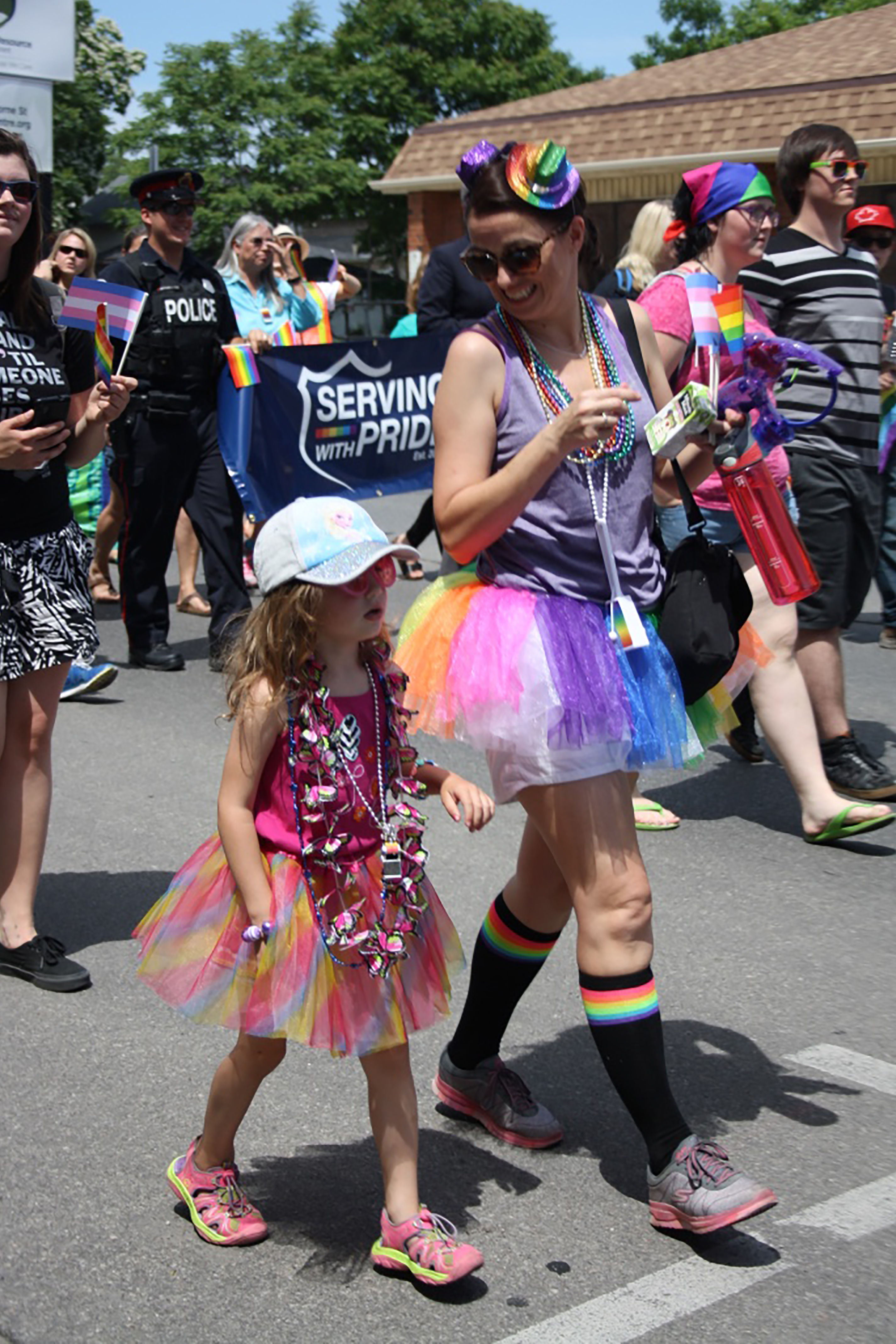 The pursuit to create a community that is diverse and accepting of its LGBTQ+ members has become more important, in the light of the Orlando shootings. Described as one of the deadliest mass shootings in US history, the shooting left 49 people dead and approximately 53 people wounded. President Obama has declared this event to be an act of hate and terror. As victims, family members and the international community grieve, Brantford Pride sends their love, “Love is stronger than hate. Brantford Pride sends our love and support to Orlando’s LGBTQ+ community and their families. The Pride Non-Denominational Church Service will be conducted with the tragedy of Orlando in mind.”