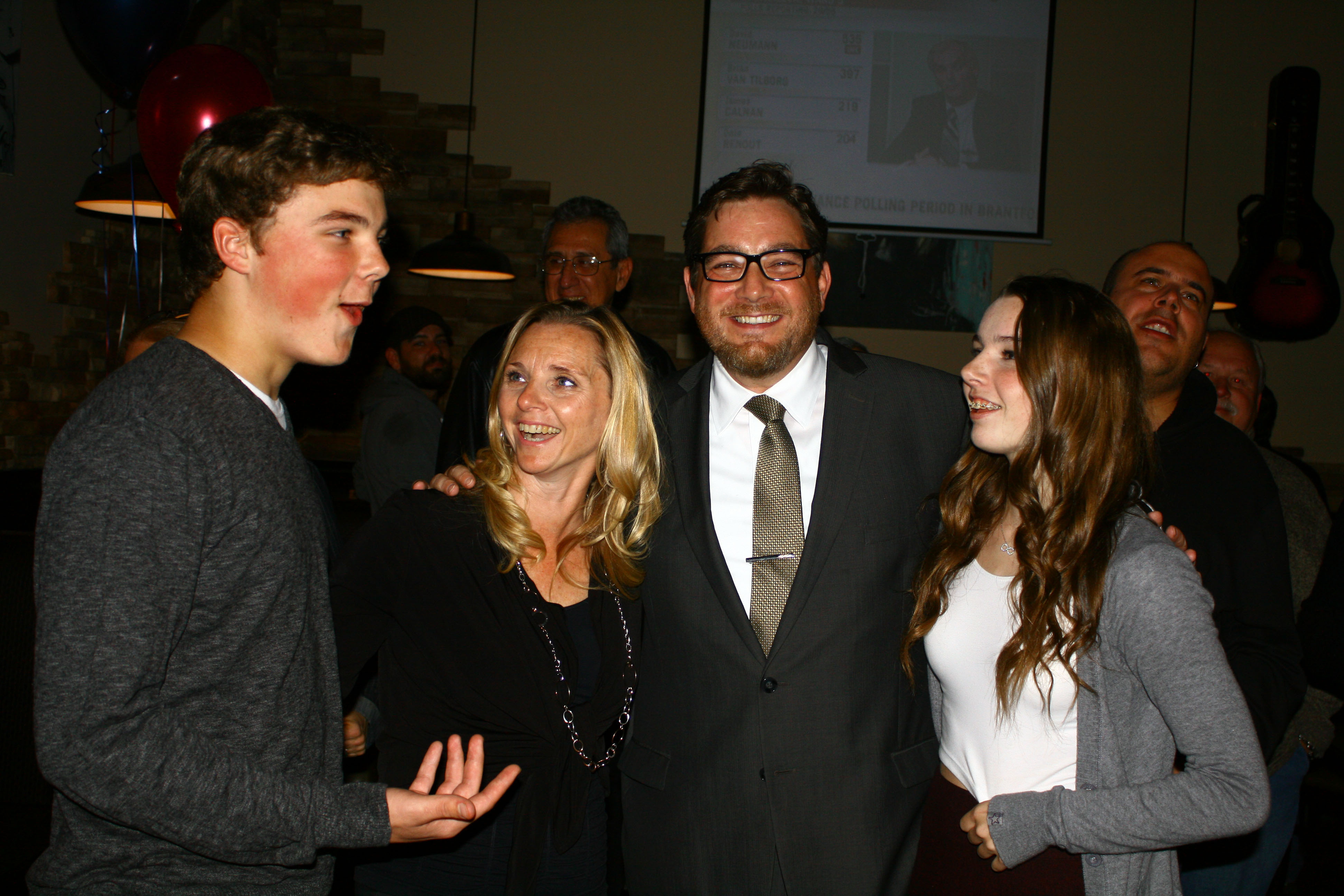 The Oct. 27 election results proved that Brantford was ready to give incumbent Mayor, Chris Friel another four years as head of the city.

With less than 40 per cent of eligible voters showing up to cast their ballot, 2014 municipal voter turnout was the lowest the city of Brantford has seen since 2003. The official election results reveal that voter turnout was significantly reduced this election, dropping from about 43 per cent in 2010, to 37 per cent this year.

During Friel’s election campaign, he promised post-secondary students in the downtown core that he was committed to ensuring that Brantford will provide “space to offer a richer student life experience.”

Friel’s campaign also ensures that he will focus on issues like job creation, developing a local culture of “100 mile diet” and work towards bringing Go Transit to the city.

During his campaign, Friel launched an economic development initiative called “Smart Brantford”. Through the initiative, Friel hopes to “shift the way we live” by working to further develop the six components of: connection, economy, people, living, governance and environment.

This election marks Friel’s fifth mayoral win in Brantford, having began his career in municipal politics in 1994 at the age of 27, Friel became one of the youngest mayors in Canadian history.

Friel proceeded to serve as mayor through the 1997, and 2000 elections, sitting as head of the council that brought the Laurier campus to Brantford.  Friel lost the 2003 and 2006 municipal elections to Mike Hancock, only to return to City Hall in 2010.

Alongside the Mayor, local voters established the new city council, as well as school board trustees.

Of the ten city councillors elected, five are returning incumbents; meaning five councillors did not appear on last term’s roster.

Brantford’s newly elected council will be sworn in on Dec. 1 2014.