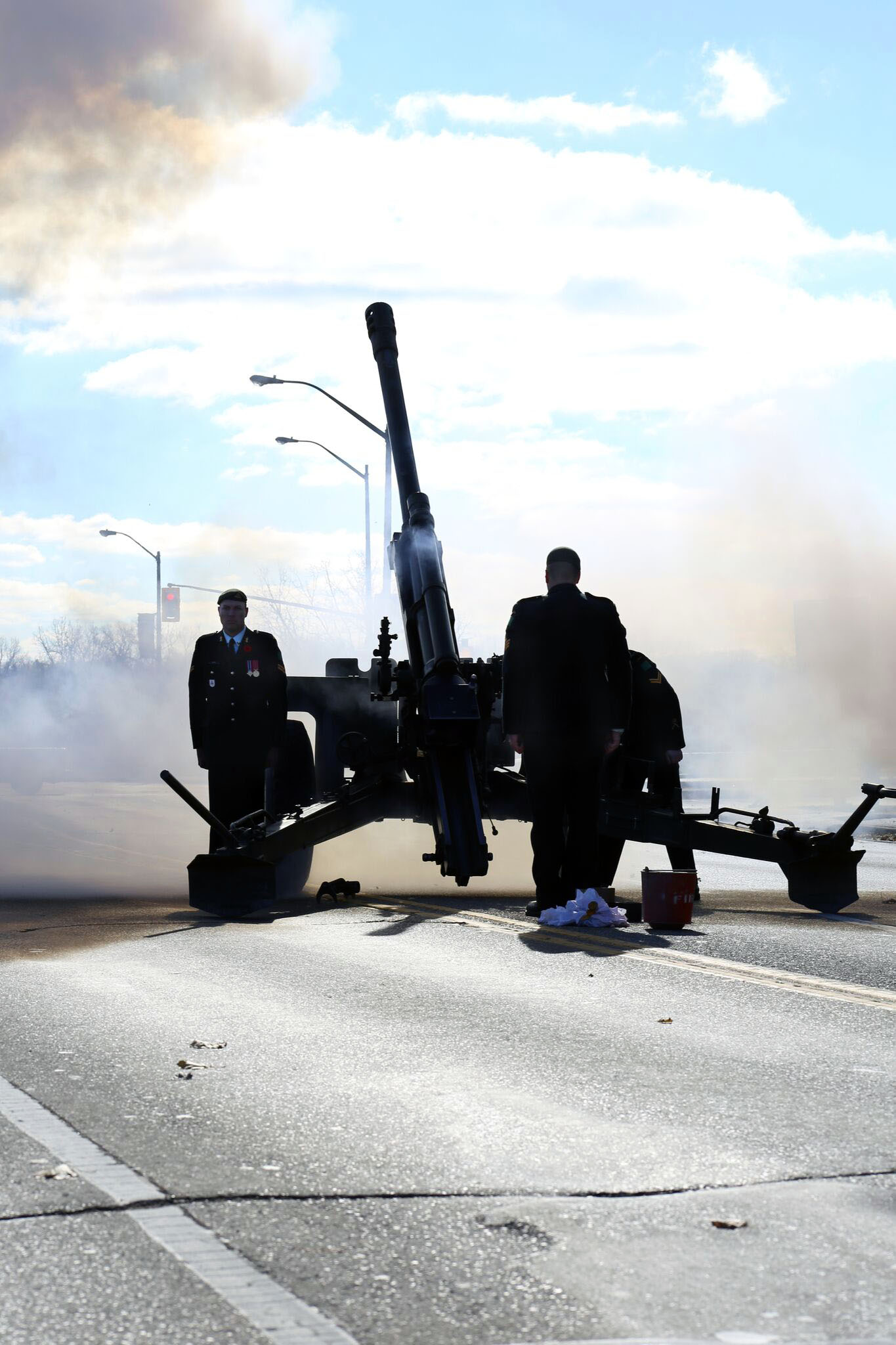 Hundreds of people flocked to Harmony Square on a windy Remembrance Day to honour the men and women who died for our country.

The ceremony began with a parade of veterans, current members of the military, and young cadets, who marched from Harmony Square to the war memorial.

Several downtown streets were closed off, allowing routes for spectators and parade participants to travel towards the memorial.

The service began with the singing of Oh Canada, followed by the Last Post with the reflective two minutes of silence and the ceremonial wreath laying.

On the morning of the event, Prime Minister Justin Trudeau released a statement honouring veterans and fallen soldiers: “Time may fade, but our memories cannot. We all have a duty to hold the torch high, and to keep its flame alight. Liberty’s cause beats deeply within our hearts, and every generation of Canadians has answered the call to serve.”

“One thing I would like to see … is more younger people coming in the legions, because that where the big problem lies,” continued Morris. “The legions are the ones that drive the engine, so to speak, of remembrance day and everything else. Every year they get fewer and fewer and fewer members,” he said.

Morris believes that young people will bring a much-needed new energy to the legions. “The [legions] that are there are virtually treading water right now, and if some younger people get in the legion, it’s going to become far more active in the community.”

The service was concluded by readings of In Flanders Fields and a short benediction by First Officer Lloyd Bently, RCAF .

“I don’t think Remembrance Day is just one day. I think it should be 365 days a year,” said Peter Hardwicke, a member of Legion branch 461.