Heads must roll in Los Angeles 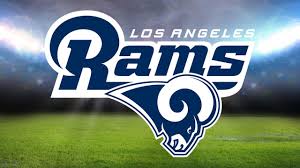 It’s time for the Los Angeles Rams to fire Head Coach Jeff Fisher and General Manager Les Snead. It has been time since the conclusion of the 2014 season.

Fisher and Snead were hired in 2012 to take over the 2-14 Rams. The team plateaued at 7-8-1 in their first season in charge of the Rams. After the Rams regressed to 6-10 in 2014, they should have fired both of Fisher and Snead.

In 22 seasons as a head coach, Fisher has earned the reputation as a coach who will finish the season with a 7-9 or 8-8 record. Fisher is 173-161-1, with a winning record in just six seasons,  and in 10 seasons has finished with seven or eight wins. He is not the coach to elevate his teams, and that is exactly why he needs to go. You cannot expect to do better than 8-8 with Fisher as your coach.

Entering their fifth season together, and final year of their contracts, the duo went all in and made a last-ditch attempt to save their jobs. The Rams traded up to draft Quarterback Jared Goff first overall. In exchange for the first pick, a fourth and sixth round pick, the Rams gave up the 15th pick, two seconds, a third round pick in 2016, and a first and third round pick in 2017.

After nine games, Goff has yet to take a snap for the Rams, mostly due to Fisher’s stubborn nature. His refusal to play Goff draws back to his clash with former third overall pick Vince Young, also a quarterback. Young won offensive rookie of the year, but constant clashes with Fisher cost both the coach and quarterback their jobs with the Titans.

Fisher’s refusal to remove Case Keenum from the starting lineup is inexcusable. Keenum is a below average quarterback, and has been for his entire four year career. In 24 career starts Keenum owns a 58.5 completion percentage, 6.8 yards per attempt and a 24-20 touchdown- interception ratio. With Keenum as the starter, the Rams can expect another losing season.

There are two conclusions that can be drawn from not playing Goff. One, Goff is not ready to play and represents a significant downgrade from the below average Case Keenum. The second conclusion is that Fisher believes his best chance of winning and saving his job is with Keenum.

If the Rams believe Goff is a significant downgrade from Keenum it draws into question the scouting department led by Snead. Since Snead took over in 2012 the Rams have made seven picks in the first round, five in the second, and six in the third round. In addition the duo inherited a former first overall pick in quarterback Sam Bradford. Despite trading back to acquire extra draft capital the Rams have failed to coach and develop the talent they have selected.

After making the highly praised decision to trade down with Washington in 2012 so Washington could select Robert Griffin III the Rams traded down again with the Cowboys. The two trades gave the Rams extra draft capital, but the Rams failed to generate a great return on their extra draft picks.  The Rams selected a decent starting defensive tackle in Michael Brockers 14th overall, but more was expected from Brockers, who the Rams are now paying $11 million a year.

With the 8th pick they selected 5’9” gadget wide receiver and return man Tavon Austin. Austin has shown explosive flashes of ability, but Fisher and the offensive coordinators that he has hired have failed to find ways to get the football to Austin. The pick still looks questionable today, but when you consider the Rams traded up to get Austin and just gave him a $40 million, four year extension, it’s beginning to look worse.

When you consider all the extra picks the Rams have had, their drafting has been pathetic. If you want to build a successful team you need to find players later in the draft. The draft will ultimately be the downfall of Snead. The lack of the Rams’ success in the draft raises more questions about Goff’s potential as a pro. If the Rams are this terrible at identifying talent and cannot develop, coach, and get the most out of players under Fisher, what hope does Goff have?