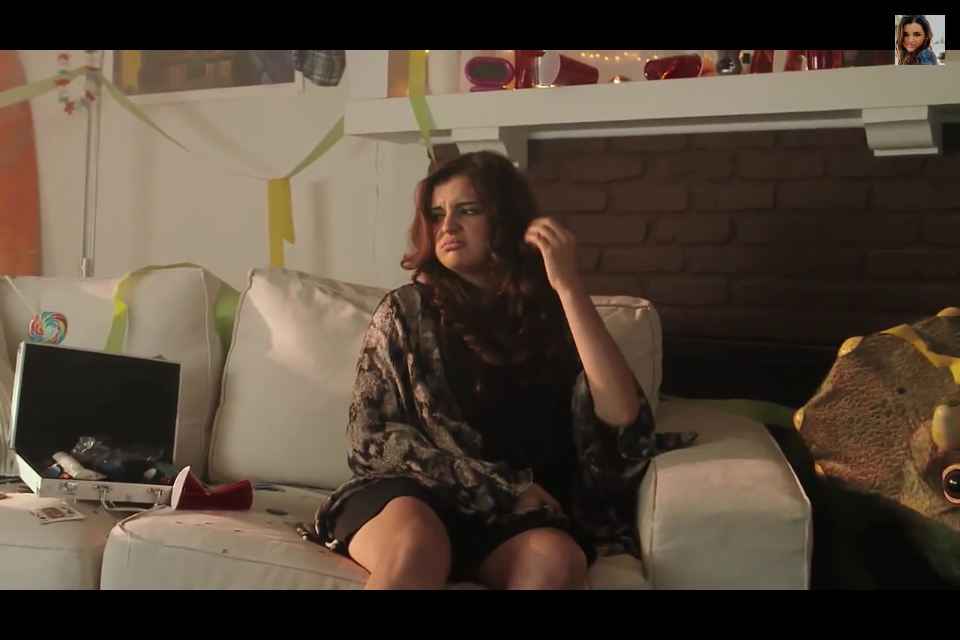 Remember the good ol’ days when all you could do was turn around and someone would be talking about Rebecca Black and how horrible her song Friday was? Well, Rebecca remembers it – and I think she loves it.

Almost 63 million views later, Black is back! Singing something which resembles more of a parody than anything else. Leaving me wondering, ‘Is this girl fo-real?’

A lot of fans and haters have been asking one thing: What comes after Friday for Rebecca? Well, she answers that question with resounding repetition in her new song. You guessed it: Saturday!

The song alone is kind of funny, a bit catchy and shows that Black has a generally good attitude after the full-out belly-flop of her song Friday; even ending her song with a teen breaking in, quoting parts of her last song.

The music video is something different entirely.

Obviously Friday did not end how I imagined it for the then 13-year-old Rebecca. I was imagining a rousing pop, chips and parents party, but her video opens with her waking up hung over on a couch after Friday night. And her hair is already curled! How? Black magic. Moving on.

She then makes it very apparent that she is obviously starving from sleeping in such an uncomfortable position on the couch. Giving into her kleptomania, Rebecca steals a boy’s cereal. But hey, she’s “gotta have [her] bowl, gotta have cereal”… Funny!

Moving on again, Rebecca transports her friends via car (using both the front and back seats) to the beach where she then invites a pant-less Dave Days to come hang out and sing. Well, she’s obviously made some real friends since the last video. Good for her. I’m sure they’ve been a great influence on her.

Well, after leaving the beach, Rebecca decides to drag her new friends to the coolest Saturday night party ever.

Once she enters the party and blows everyone away. Literally. Then she kills a full-grown man by removing her shades. Now don’t you dare tell me you aren’t jealous you’re not hanging around her by this point? Really? Well, just wait, there’s more.

But here’s the cold hard truth. Some people are just amazing singers and can make loads of money doing what they’re amazing at. Rebecca Black is not one of those people.

Rebecca is one of those people who gets noticed for how horrible she is at something and, like I said before, she loves it. She is a desperate wannabe trying to make a go of something that got her attention before. Well, Rebecca, there’s a little something called being noticed for the wrong reasons and let me tell you, I know why everyone is going to notice you.