Between a Rock and a Hurt Face: An Opinion on Will Smith Slapping Chris Rock 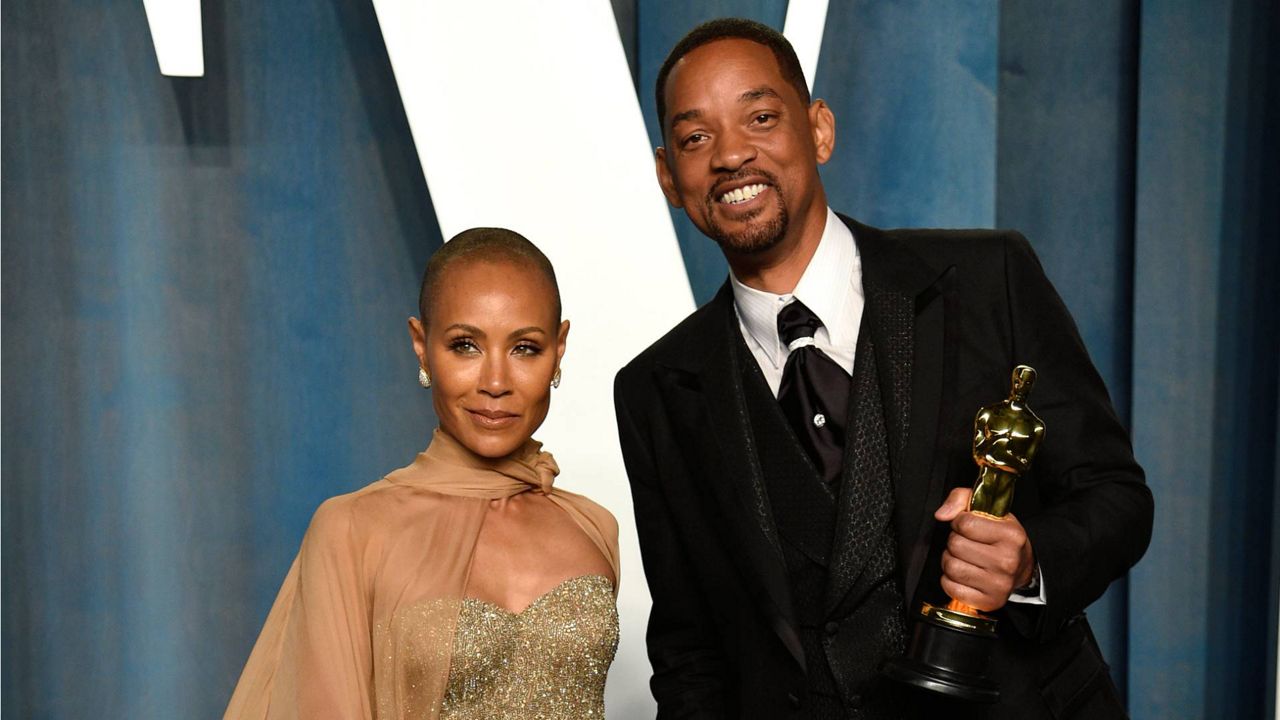 I know, I know. Not ANOTHER unasked-for opinion thrown into the chaotic hellfire of public discourse surrounding Will Smith’s notorious Oscars’ moment. I’m sorry to beat a dead horse but I simply must talk about it (also, I have so much trouble coming up with article topics and this was handed to me on a silver platter).

For those of you who live under a… rock… I’ll give a brief overview of what happened, but I highly recommend that you hop on YouTube and watch with your own two eyes the events that unfolded at Dolby Theatre last Sunday if you haven’t seen it already. On March 27th at the 94th Academy Awards, comedian Chris Rock took the stage to tell a few jokes before he was to announce the winner of Best Documentary. At one point, Rock pointed out Jada Pinkett-Smith in the audience and joked that he is looking forward to the G.I. Jane sequel.

Pinkett-Smith, who is bald as a result of her Alopecia, is visibly Not Laughing as the camera pans over to her. Moments later, Jada’s husband – the Fresh Prince of Bel-Air himself – comes prancing up to the stage and slaps Chris Rock right across the face before returning to his seat and angrily shouting at Rock, “keep my wife’s name out your f—king mouth!”

This entire spectacle unravelled within a matter of about 40 seconds – but man, oh man, there sure is a lot to unpack here. I’m not sure what I loved the most about this very brief but very gripping short film of Celebs Gone Wild. The entire audience having no clue if what had just happened was a very bizarre planned-out bit or not? Chris Rock biting his tongue and moving on with his presenter duties rather than clapping back with one of the eight thousand jokes that could so easily have been made at Will’s expense in that moment? Lupita Nyong’o sporting an expression of bewilderment, uneasiness, and amusement all at once in the background of the shot of Will yelling in his wife’s defence? All great, no doubt. But perhaps my favourite moment was when Chris Rock – after getting cussed out by Smith – chimed in with, “it was a G.I. Jane joke.” A sentence delivered with such confused simplicity that I roar laughing every time I see it.

The only thing I would have loved more is if Rock had taken a swing back at Will and then we could have seen two of America’s most beloved comedic treasures in a full-on brawl on live television at what is supposed to be the classiest night in Hollywood. As it was though, this was prime TV programming, and the Academy couldn’t have planned for something that great to happen if they had tried.

Now, after considering the different sides to this entirely ludicrous situation, I do have some thoughts. For one, the whole point of having comedians and presenters at these award shows is to lighten the mood and poke fun at these celebrities who take themselves WAY too seriously. That’s the main reason why someone like Ricky Gervais keeps getting asked back to host the Golden Globes. The general public wants to see these ultra-wealthy out-of-touch whackos get cooked all in good fun.

That being said, there is a golden rule in comedy (as well as in life) about punching up rather than down when telling a joke. However, given that these celebrities are at the very top of the world, that joke was, at its worst, punching sideways. It’s not as if Chris Rock got up there and started relentlessly roasting a random underpaid Philadelphia nurse who suffers from Alopecia. He was poking fun at millionaire actress/American royalty Jada Pinkett-Smith. I think that distinction matters.

Was Chris Rock’s joke cruel? I don’t have Alopecia so I can’t really say. But I’m pretty sure that the last thing Rock was trying to do was offend or upset Pinkett-Smith, especially in regard to her medical condition. He even says immediately after the joke’s delivery, “that was a nice one,” as it was very likely that he genuinely perceived it to be the most lighthearted joke out of the ones recited in his brief monologue.

Was the joke even funny? Essentially, not at all. But this is the same award ceremony that employed Amy Schumer as its host, so being unfunny certainly can’t be the crime here.

Was Will Smith out of line for getting slap-happy (I’m sorry I can’t help myself) and shouting profanities on live TV? Sure, obviously. You shouldn’t just hit people when you don’t like what they have to say. This just further cements my theory that most Hollywood mega-celebrities never emotionally matured past the age of five.

But is this entire incident anything other than the funniest possible thing that could have taken place at the Oscars? Absolutely not. The whole scenario played out like some Tracy Morgan bit on 30 Rock. Just unparalleled celebrity goofiness. Just a number of eccentric celebrity buffoons doing extremely weird celebrity things and facing no real consequences for their bizarre celebrity actions. And that’s all there is to it.

Personally, it would make no difference to me if Quentin Tarantino declared at the next Golden Globes ceremony that the cast members of every blockbuster film he’s ever made must now fight to the death – Hunger Games style – and whoever wins gets to sit on his lap while he strokes their hair and tells them they are the most talented actor in Hollywood. I’m honestly surprised that this exact thing hasn’t happened already.

Maybe the funniest part about this entire situation is that it’s extremely unlikely Chris Rock even wrote that joke. Typically, these shows employ a staff of writers to come up with the punchlines that are read by hosts and presenters to ensure that none of the bits are too out there. Comedian Bruce Vilanch, former head writer for the Oscars, says that the writers are aware that certain celebrities are off limits to joke about, either because the situation is too embarrassing for them, or the joke would be too cruel.

“You have to be careful to not cross the weird line,” says Vilanch.

I guess someone at the Academy didn’t do their homework on what The Smiths would consider out of line. Or perhaps the writers simply thought the joke was a total softball and didn’t think in a million years that it would elicit the reaction it did. Who knows?

The only person I really feel bad for after this whole debacle is Questlove, who won the Oscar for Best Documentary immediately following The Slap. He not only had his moment taken away from him, but worse yet, had to get up on that stage and deliver a speech to a theatre that had undergone a very strange vibe shift mere moments before.

Oh well. C’est la vie. That’s French for “I highly recommend watching Questlove’s Summer of Soul – it is fantastic and deserving of every accolade it receives.”

Anyways, as for The Academy of Motion Picture Arts and Sciences – to even threaten to take Will Smith’s Oscar away from him is just whacky bananas. Given that many past (and present) members of the Academy have a notorious history of violence, misconduct, and a varied assortment of crimes (some of which were committed during the production of Oscar-winning films), it is pretty silly to entertain the idea of taking away Smith’s achievement. Especially when you consider the fact that he was responsible for the only remotely interesting thing that has happened at that ceremony since 2017’s LaLa Land/Moonlight fiasco. And the Academy is nothing if not an organization that is willing to sacrifice all integrity for the sake of ratings and relevancy.

If you ask me, the Oscars should just accept the world’s wishes and let these celebs get as messy as possible. Have Gal Gadot perform Imagine live (not just the song this time, but the entire album!). Have James Franco co-host with Anne Hathaway again. Get John Travolta to introduce everyone with whatever pronunciation he feels like in that moment. Throw Mel Gibson in there for good measure. There’s already fissures in the veneer, so the Academy may as well represent Hollywood for what it really is: a raging crapstorm of people who never learned that everything isn’t about them all the time.

I love movies, but the only Oscars I consistently care about are Isaac and The Grouch. I’ll admit, though, it sure is entertaining to have these crazy things happen on live television every once in a while. History was made. The Academy should commission a framed oil painting of The Slap and hang it in the Smithsonian. Okay, I’m done now.