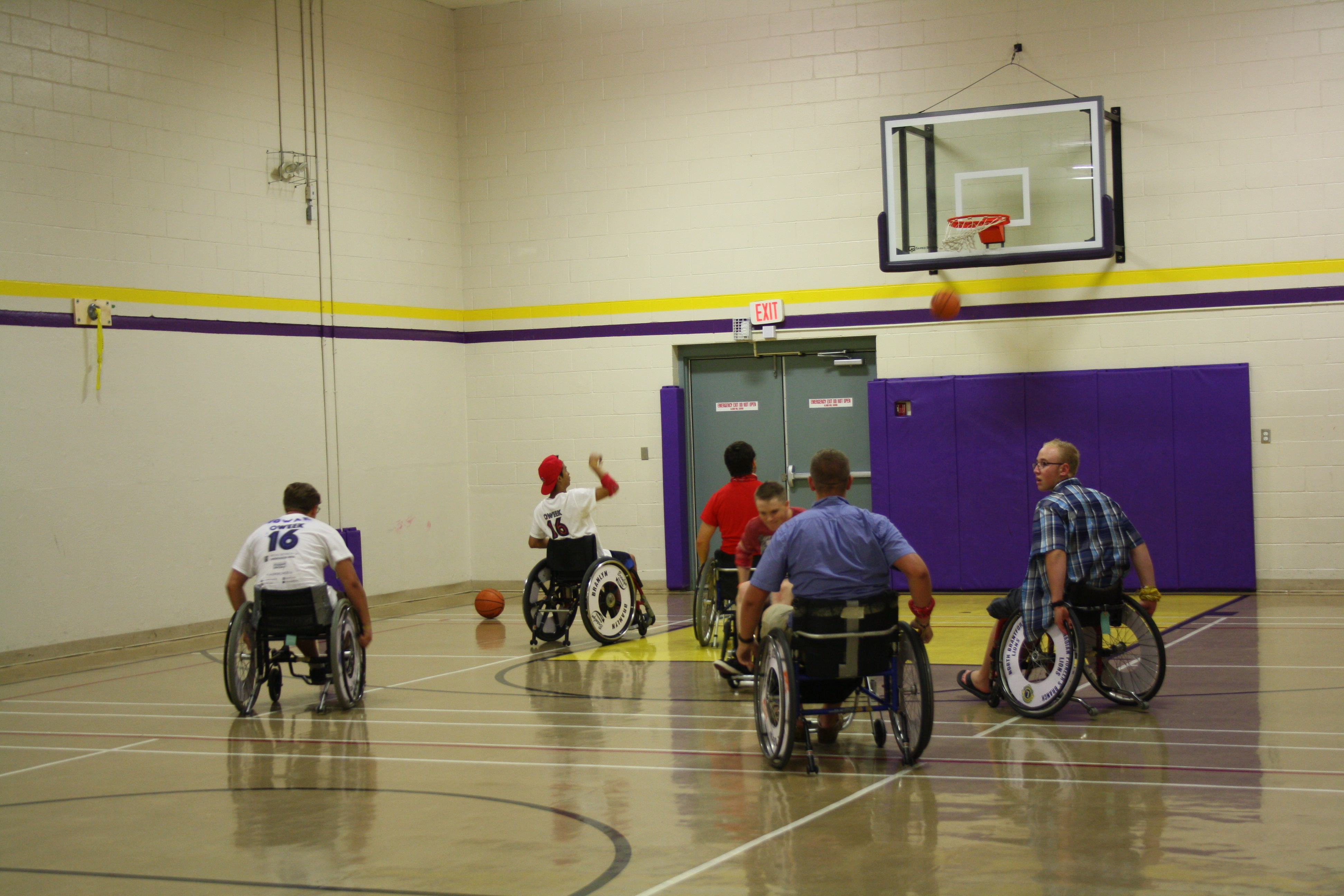 Students who were participating in Laurier Brantford’s O-week had the chance to play a wheelchair basketball game, just like the Paralympics. The only difference was none of the students were disabled.

Unlike the athletes in the Paralympics, every participant playing had the ability to walk on both legs. By able students playing wheel chair basketball, the idea was to create empathy for individuals who are not able to play regular basketball on two feet.

“We wanted to differentiate from regular programming,” said Cale Riccobon, an Icebreaker attending the event.

In wheelchair basketball, the use of feet to push yourself around is prohibited. With majority of the students attending the event having the ability to walk, the use of their feet gave them the advantage to move across the court faster than using just the wheelchair.

Laurier’s Diversity and Equity Office explained the challenges and differences of individuals who don’t have the same advantages of an abled individual.

“The reason why they held the basketball event is they were looking to develop student empathy around using a wheelchair,” said Lauren Burrows, the Education and Inclusion Coordinator at the Diversity and Equity Office. “I think one of the things we need to consider when hosting events like this is ways in which you may develop empathy around using a wheelchair, but how to further the discussion and also to consider the ways in which this even doesn’t actually speak to the experience of disability. I think it is a good starting point of conversation and to build community.”

While Laurier has done a good job making all of its buildings accessible for students with disabilities, the same cannot be said for what Adria Joel, from the Employment Equity and AODA office, refers to as “the attitude towards people with disabilities”.

“In terms of physical barriers, Laurier is doing well. We are AODA compliant. And whenever we are constructing new buildings accessibility is top of mind for folks. It’s more in terms of attitudinal behaviours when it comes to people with disabilities. It’s more of a micro aggression around accessibility rather than overt discrimination. It’s the little things which I don’t believe are intentional most of the time.”

Macro-aggression is a term used to describe daily, commonplace insults, whether intentional or unintentional.

The wheelchair basketball event will hopefully be the first of many events hosted by Laurier to reconstruct the negative connotations often associated with having a disability.