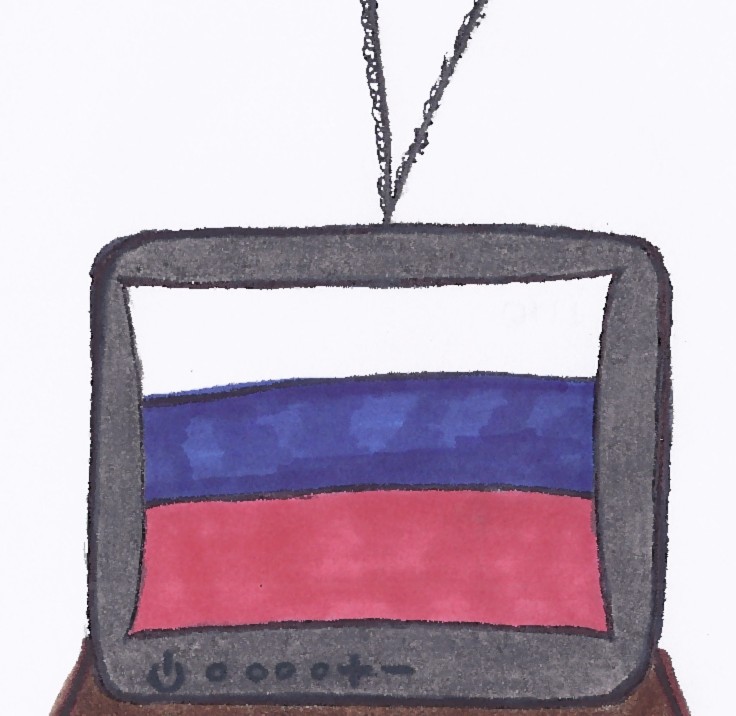 Russia has always fascinated us in North America, if not the entire world. It isn’t just the Americans that have been tied to them, with their near-miss wars and their political and economic differences. But in Canada we had the 1972 Summit Series that pitted the hearts of two nations pitted against each other. They also watched a generation of hockey players, among them Pavel Bure and Sergei Federov, defect from the motherland to come play our national game.

While most people can agree that the Russia we know today is nowhere near as dark and mysterious as it was mid-20th century, it can also be agreed that the recent actions of Russia have started to raise suspicion and call to mind thoughts of days gone by.

This trend seems to have risen to the forefront during the controversial Sochi Olympics and Ukraine invasion, and culminated with the recent assassination of Boris Nemtsov, the Opposition Leader, just a couple hundred metres away from the Kremlin.

At the same time, this increase of news coverage has coincided with an increase of Russian themes in American entertainment. The Americans, possibly the best show that you have never seen, is in its third season on AMC, and is primarily about two Russian spies disguised as an American couple in the early 80’s. The third season of House of Cards, which was just released on Netflix, features a strong Russian-based storyline. The character of Russian President Victor Petrov is so obviously based off of real-life leader Vladmir Putin – he has been in power forever, his foreign policies are full of half-truths, and he even kind of looks like him – that it is alarming, as well as extremely effective.

A lesser known medium for this message that I have come across is the book Edge of Eternity, the newest and final installment of Ken Follett’s best-selling trilogy The Century. A work of historical fiction, the book takes place mainly during the ’60s, and along with the black civil rights movement in America, the Cuban-missile crises, and rule of Kruschev and Brezhnev is a very prominent focus of the novel.

Although all three examples that I have listed are clear works of fiction, they all get their inspiration from real life.  It is a fascinating experience, to find, as you read up and watch portrayals of the past, the CNN ticker seems to be following suit. It would be akin to watching movies based on the First World War, if they had existed, in 1939. American Sniper, however biased in its portrayal, might be a more recent example of watching a work of fiction as the events seem to be repeating themselves in present time. However, the events of that movie take place just over ten years ago, not 50.

I can’t judge how accurate these pieces of fiction are, but they are certainly relevant. Just the fact that they exist alone is worth noting, let alone trying to decipher what the trend means. I cannot ignore the coincidence of reading a fictional account of the former USSR’s censorship of anti-communist opposition and reading the real life details of the murder of an outspoken Putin-critic in the same month. It’s just creepy. Along with the examples I have given, I encourage you to check out the video of Nemtsov appearing on CBC’s Power and Politics in 2012. Yes, it is three years old, but it does not appear that too much has changed, and his words ring truer in his death.

Nobody knows who killed Nemtsov – the theories of a Putin-ordered assassination and a separate operation with the purpose of making the Putin administration look bad both seem equally plausible – but that does not matter as much as the fact that it did indeed happen. It is easy to look past the over-spending and incompetent infrastructure of the Olympics to watch some great hockey, and it is convenient to ignore whatever it is that is happening in Ukraine to hold on to a delusion of peace. But it is impossible to ignore the fact that, unfortunately, corruption abounds in Russia.

My guess is that this trend of Russian-themed American entertainment will continue in the next couple years, and political assassinations only make that more likely.

I don’t know if Putin is killing civilians in Ukraine or gunning down his rivals in cold blood, but somebody is. After all, nobody’s trying to assassinate Justin Trudeau, much less make a television show about it.