Ali Hassan’s “Muslim, Interrupted” and comedy in the time of Trump 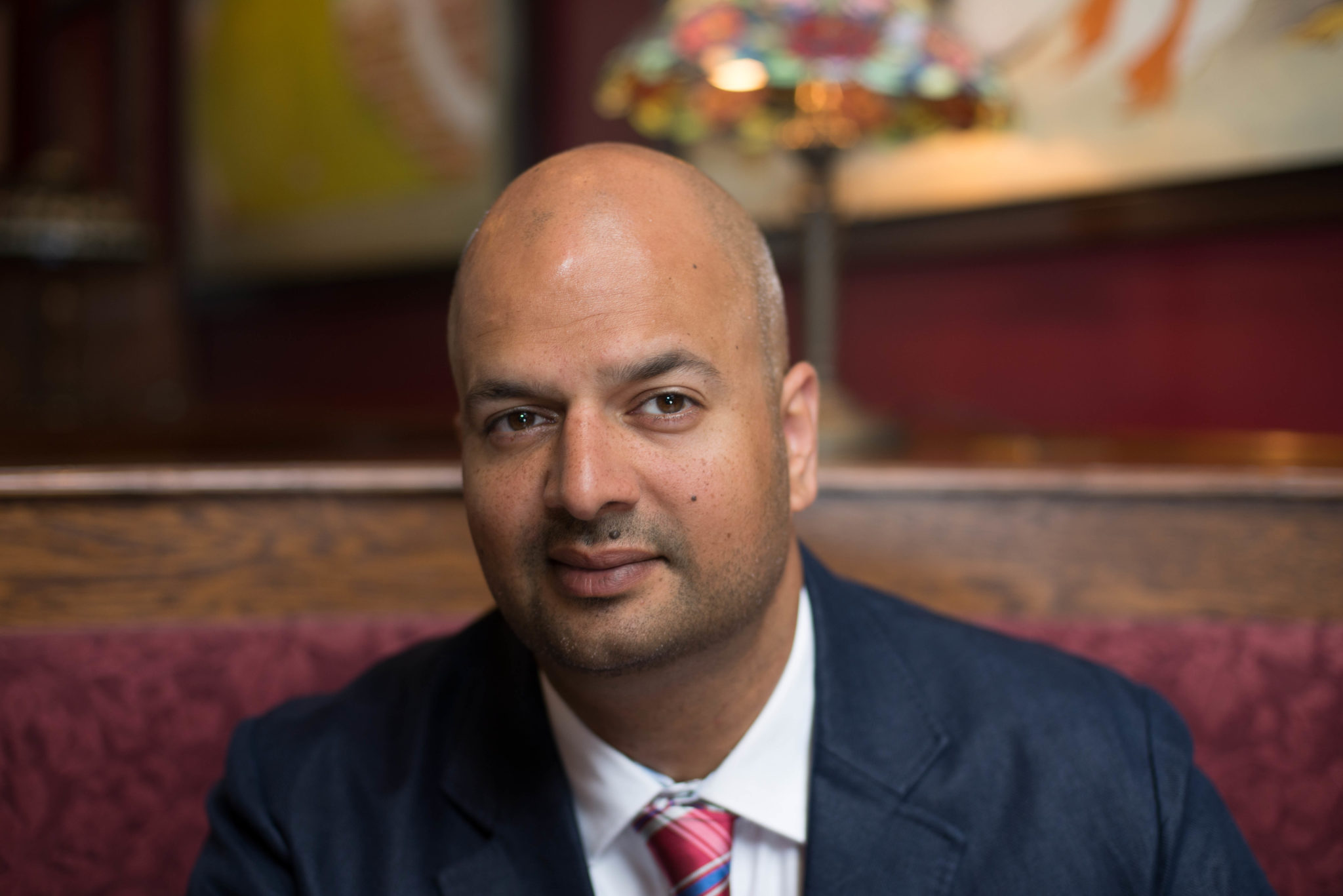 Ali Hassan is a Canadian comedian, and is taking his solo show “Muslim, Interrupted” around the country. The show was performed at the Edinburgh Fringe Festival in 2016, and now Canadian audiences can see Ali discuss his experiences. The show was inspired by Ali’s children asking questions about Islam, and his own particular relationship with it, and audience’s positive responses to this comedy in the past. The show is as much long-form storytelling as it is comedy, and more important (and entertaining) now than ever before with the global political climate in the time of Trump.

How do you see the connection between challenging your audience and entertaining them?

The show is entertainment first and foremost. I am a comedian – I’ve been doing that for ten years. I’m not trying to tour a TED Talk across Canada, you know, the idea is to entertain people. If along the way they learn some stuff too about what it is like to be a Muslim in certain families and cultures, that’s great… I really enjoy that people say: you know, it’s a very funny show, but it’s also very important. It’s not that often that comedians get to do that. You spend ten years working on your best fart joke and you’re like, it’s not really important. You’re making people laugh. And then finally I’m doing something that people find important, and so I get a lot of joy out of that. There’s this notion that in Islam, you’re either a hundred percent in as a Muslim or you’re Christian. There’s no variety. But I just try to show people that in Islam, like any religion, there’s a massive variety of what it means to be Muslim. And also, anything violent or nefarious is the farthest thing from my mind, and really the minds and goals of anybody I know who is Muslim.

How would you say your comedy style has changed since the election, and even since performing in Edinburgh?

It’s become a little bit more a collection of stories. A friend of mine pointed out to me that the show is called “Muslim, Interrupted” and many times in the show, [I] am a Muslim who keeps interrupting [myself]. In this show, what’s changed is that it’s long-form, it’s storytelling, which I always enjoyed watching but I just never did it. I had this thing on stage – it’s been thirty seconds and no one’s laughed, I’m starting to freak out, people are starting to freak out! When I started doing comedy, for the first few years, I would take a bottle of water with me, and I would never ever take a sip… The reason was because I didn’t have the comfort to turn around, take a sip, put the glass down, and go back to the microphone, because that felt like an eternity! Over time, you realize when you have the crowd in your hands, when you have them entertained, you can do whatever you want. You can roll up your sleeves, you can tie a tie on stage if you want to. But it took a while to get there. Now it’s a level of comfort that’s far beyond what it ever was.

How does your Muslim identity influence your comedy style?

I started in 2006, and you know, at that point 9/11 was just five years prior. So, in every airport I’d go to, I was getting sent to a room for secondary screening and all that. So my reality was that my name and Islam in general is something fearful for people. But then in the end, one of my first good jokes, that really gave me the most comfort on stage, was about that experience at the airport and going to the room. For the first six months I was kind of hiding who I was, and then I realized, I can talk about this. There’s going to be a catharsis, getting it off my chest, but also we can laugh at it. We can have a good time with it. Over time, I would always try to mention something about my background. My view there was that if I could just do a tiny bit of PR, even if five people leave a comedy club and go, “Hey, we saw a Muslim guy, a Pakistani guy, the other night – he was pretty funny, he was able to laugh at himself, good dude…” At least that accomplishes something. I’m not winning a Nobel Prize here, but it’s a little bit of positive PR. Now it’s a full hour and twenty minutes of a show – I never dreamed I’d have a show that was fully about my background and my culture. It always informed a little bit, and now with the solo show, my identity informs this entire thing.

I know you spoke in the back about feeling trepidation about performing in the States, and with the idea of performing “Muslim, Interrupted” in the States. Do you still feel that? How has that feeling changed?

I do. It’s been an interesting thing. Donald Trump and his arrival on the scene has made it so that I didn’t explore America and do any US dates. The idea is, you’re often at the mercy of a Customs Officer, and if they say, what are you doing? I’m going to New Jersey to do a comedy show. And they look you up, and it says “Muslim, Interrupted” … I don’t want to lie about it, either. But if they get the idea that you’re going to go talk about Islam, you’re going to make fun of this, make fun of that… you need this Visa. I had this friend – her name is Manpreet Kooner. She’s a Sikh girl from Montreal and I used to play ball hockey with this girl. She went with two white girls to Vermont, going to a spa, and they were like, “No, you need a Visa.” And I said, oh man. If this girl, and her white friends, are getting turned back, my ass doesn’t stand a chance.

What it really helped me do was really explore Canada and the Canadian market. I’ve never been to Newfoundland and I got to do a show there in July. I’d never been to Victoria. I got to be part of the Winnipeg Comedy Festival. I really focused my efforts on Canada, and it’s paying off in a way where I get to see this country in a way I never knew I would. I may never have. If Chicago and San Fran and Boston were options to me, maybe I’d be chasing that, but I’m really enjoying what I’ve been able to see and learn about the country.

Tickets to Ali Hassan’s Brantford shows can be found here:

Find out more about Ali Hassan and his show “Muslim, Interrupted” on Ali’s website: https://www.standupali.com/