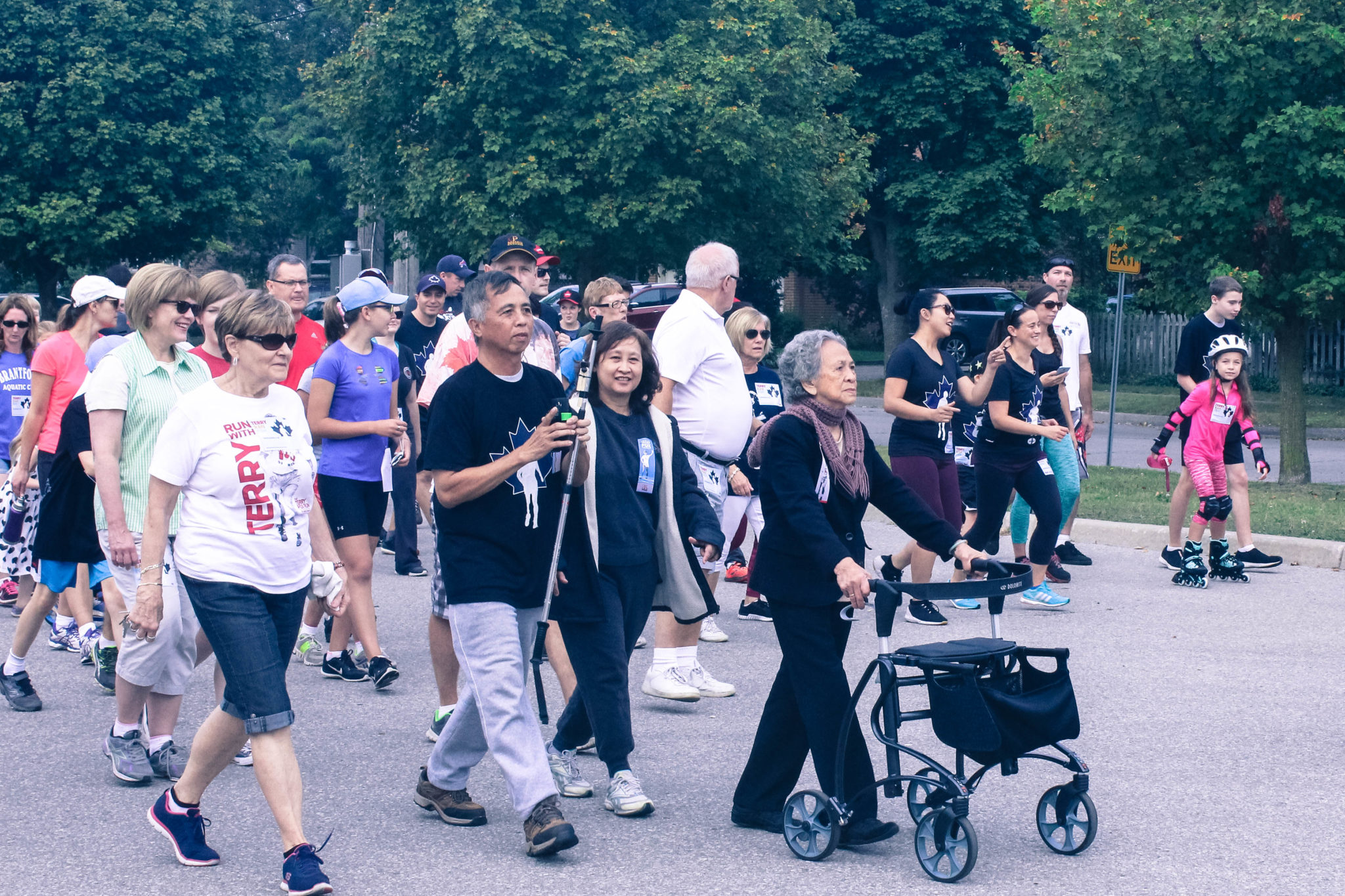 Some time before he passed, Terry Fox said, “I’ve said to people before that I’m going to do my very best to make it, I’m not going to give up. But I might not make it . . . if I don’t, the Marathon of Hope better continue.”

And it did. Once again, Brantford hosted its annual Terry Fox run on Sept. 17 in Lion’s Park.

The event drew in 202 participants and 32 volunteers who all share a common goal: to end cancer.

Many people participate in honour of friends and family who have passed away due to cancer.

Sargent has participated in Brantford’s Terry Fox run for 15 years, this year running in memory of his former co-worker and best friend, Clarence Miller, who he knew for 20 years. Even after 15 years, Sargent won’t be stopping any time soon.

The run had distance options ranging from 2km, 5km and 10km. The course was wheelchair, rollerblade and bicycle accessible, as well as dog friendly.

The community raised a total of $14,250. The amount is expected to increase in coming days as the foundation typically receives more online donations after the event. School Terry Fox runs also add to the community total. Last year Brantford reached 50,000 altogether.

Eighty-two per cent of the proceeds go to cancer research, while the other 18 per cent pays Terry Fox Foundation administration. People and companies around the Brantford area donated everything that made the event happen, ranging from the food to the water to any equipment.

“Thankfully the city is now helping us a lot,” said the event chair, Velika Kitchen-Janzen. The City of Brantford used to cover the $1000 facility rental fee up until a few years ago when it became free for the Terry Fox event.

Kitchen-Janzen has chaired for five years, been on the committee for 10 and participated for 29.

“We’re changing the feel of it every year and hopefully that will attract more people,” she said.