A not-so-free freedom: Tattoos in the workplace 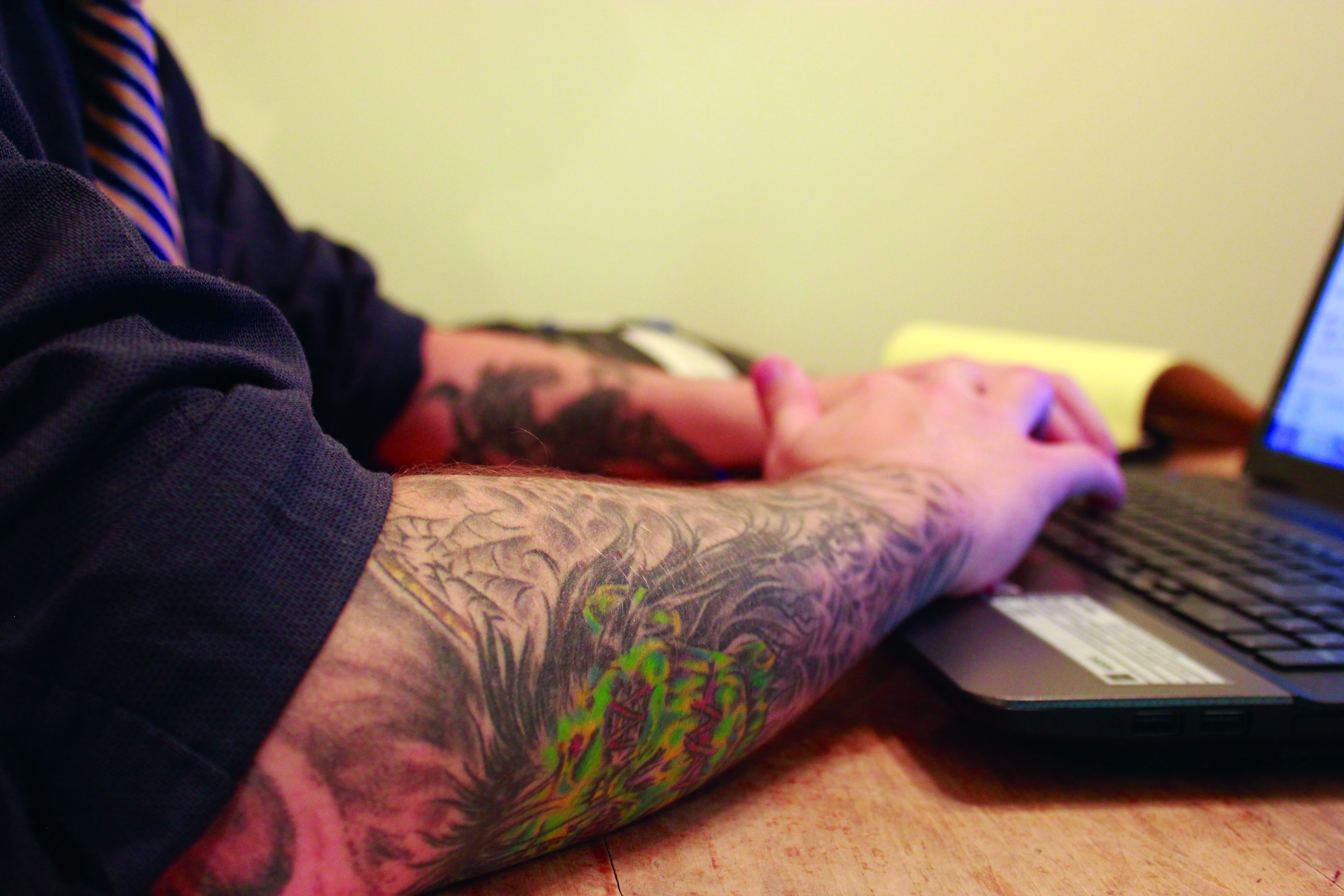 It is said that “everyone shall have the right to freedom of expression; this right shall include freedom to seek, receive and impart information and ideas of all kinds, regardless of frontiers, either orally, in writing or in print, in the form of art, or through any other media of his choice,” in article 19 (2) of the International Covenant on Civil and Political Rights. This article is also outlined to be subject to certain reasonable restrictions involving respect, rights and reputation as well as the protection of national security, public order, health and morals. But where do tattoos fit in here?

Many argue that tattoos are merely a freedom of expression through artwork on the body as a canvas. But when it comes to having them in the workplace it seems to be a whole different story. I cannot see how having a noticeable tattoo in the workplace goes against any of the restrictions in article 19, but still employers are asking their employees to cover them up.How exactly are employers getting away with this? Well, if you look into Part 1: Freedom from Discrimination, of the Ontario Human Rights Code, you will see that it is only “race, ancestry, place of origin, colour, ethnic origin, citizenship, creed, sex, sexual orientation, gender identity, gender expression, age, record of offences, marital status, family status or disability” that are considered for discrimination.

These are all very important factors, but I think it is about time this act is updated.

I understand there are inappropriate tattoos out there, but there are also inappropriate shirts that people would not wear in a work setting. Tattoos in the workplace should be looked at the same as an employer would when outlining a dress code. If one works in a place without uniforms, there are still guidelines such as no profanity and no advertising. I believe the same should go with tattoos in that area of work. Therefore I would expect more strict guidelines as such in a professional work setting.

Currently, most companies that involve direct cliental or customer service do not allow their employers to show tattoos on shift. The companies that do accept tattoos in the workplace normally revolve around art of some kind (book stores, art stores and music stores). From the research I have gathered, the common thought is that employees with tattoos reflect the company negatively.

Tattoos do not pose any health or safety hazards; actually, the main outcome I have seen from them is a conversation starter. I want to wrap my head around the concept of tattoos not being professional, or reflecting a negative image, but I just cannot. Maybe it is because I have grown up in such an accepting era, but I just think they are beautiful. I think tattoos are the same as anything else, good in moderation.

A man named Josh Adams from the State University of New York Fredonia looked into this topic two years ago in his journal article called, Cleaning up the Dirty Work: Professionalization and the Management of stigma in the Cosmetic Surgery and Tattoo Industry. Adams explained that while tattoos did begin with the bad reputation associated with marginal groups such as sailors, gangs or “social deviants”, tattoos are now expanding in the modern culture to be recognized as a form of artwork worn by many types of individuals. Adams pointed out that the originally known “tattooists” are now known as “tattoo artists”, as well as the originally known “parlor” or “shop” is now known as a “tattoo studio”. The tattoo industry has developed its professionalism over the decades, so why are we not adapting to this yet?

We should not be held back in life because we express ourselves through beautiful artwork – at least not the ones who have tattoos in order to show their pride, loves and beliefs. Give it a couple decades and we will be the middle-aged tattooed parents teaching our children the importance of thinking through their tattoos. But it should not be for the reasons we have today, not to make sure an employer will not see it, but to make sure it is something meaningful and worth showing off for the rest of your life.