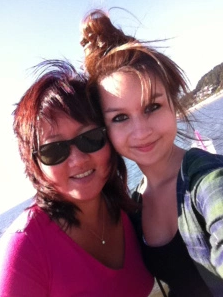 CARE, the Child and Adolescent Research and Education group on campus, is hosting the Stay Strong with Carol Todd event during the week of March 21-25.

The group hopes to spread awareness about cyberbullying and responsible internet use. Carol Todd will be speaking as well to share her journey of coping with her daughter’s death and experiences related to cyberbullying and how Todd wants to inform others about internet safety and mental health.

“Our main goal is to raise awareness,” said Hewlett. “We’re doing pubic talks with anybody from the community, we’re also targeting student leaders, we’ve focused on our dons, in residence, because we’ve noticed in residence that’s when a lot of cyberbullying and irresponsible internet use starts because it’s as soon as a majority of the students step away from their parents, it’s seen as a free-for-all.”

CARE has quickly grown into a group that helps bring awareness to these topics and is now putting on major events to provide knowledge to the public as well, instead of just the university.

“She was my very first [professor] in first year and she spoke about CARE and how she wanted to start it here, so after class I went down and talked to her. It was just herself and one other RA and they only did outreach, and then myself and [another member] started community outreach and it kind of exploded from there,” said Hewlett.

“Carol and Amanda’s story touches people in different ways and Carol’s presentations bring meaning and life to Amanda’s struggle.  Carol has spoken internationally about these issues and about Amanda and there is no doubt that she has touched the lives and brought hope to thousands of young people across the globe,” said Law.

“I know now that [Amanda’s YouTube video] has changed a lot of people’s lives. You can see that by the comments on the YouTube video, and the Facebook comments and the Twitter comments. It makes people think twice,” said Todd.

Todd, has spoken at many different conferences and school about Amanda’s struggle and how her experiences can help educate others and hopefully bring a stop to cyberbullying.

“I will keep talking about it until people stop listening,” said Todd.

“I just hope that the event will bring more awareness about cyberbullying and mental health issues.  I also hope that as a community we can think of ways to work together to address this concern,” said Law. “Too often we want to avoid setting off a trigger, when really, the trigger allows us to open doors to conversation and get to the root of the problem.”

Todd explained her frustration with everyone being obsessed with technology. She expresses that not only are teenagers engrossed in their devices but so are adults.

“When you see a family out for a family dinner at a restaurant and they are all on their devices, I don’t understand that. Why bother going out for dinner, if you are all going to be absorbed into your technology?” said Todd.

CARE is hoping for many people to come and support the discussion and are welcoming all to come.

For more information about CARE and the Amanda Todd Legacy, please see the links below.