A mother’s determination to walk across the stage 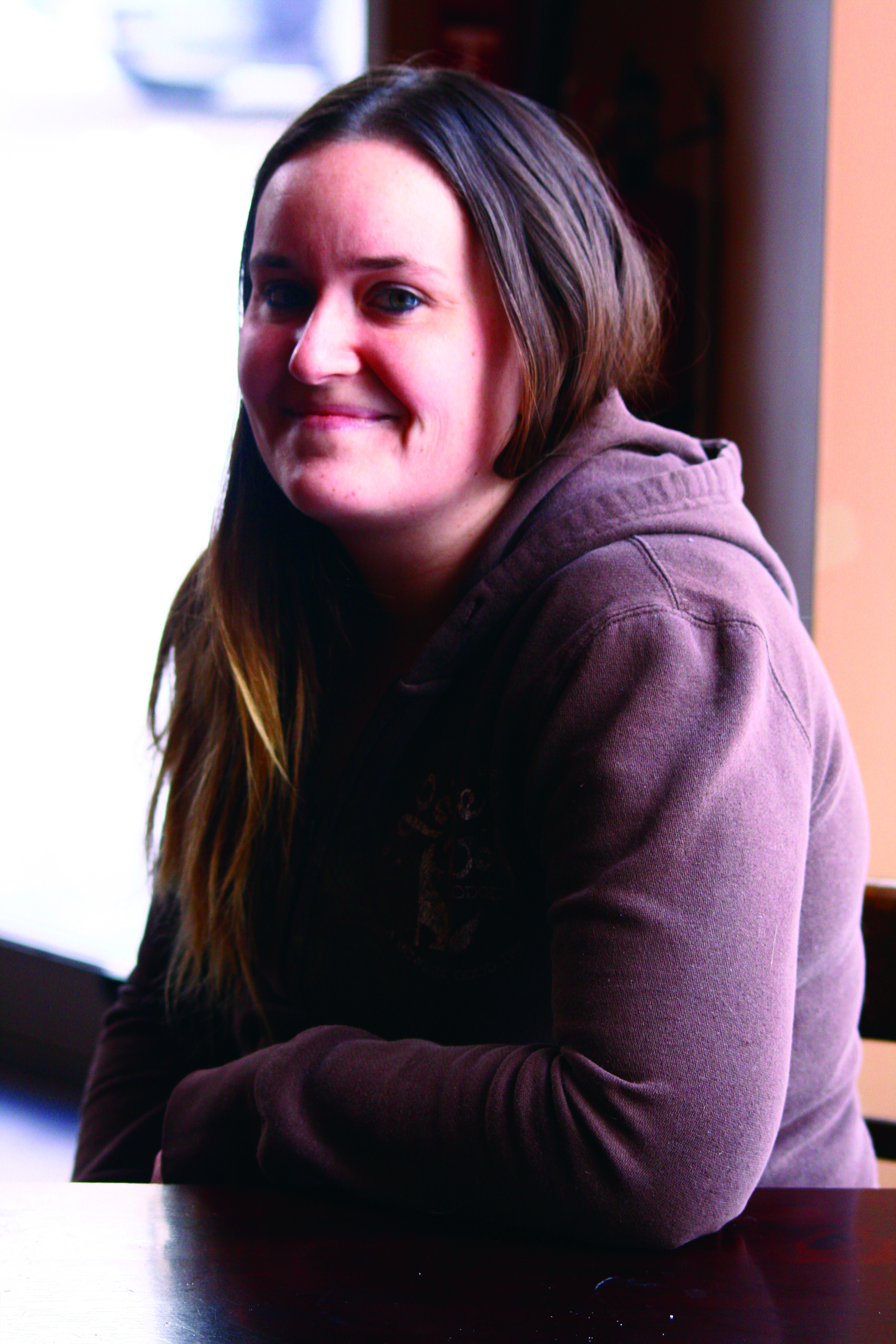 There are lots of stories around our campus, and others, about students returning to school at a later date to either finish their degree or start anew. There are many different reasons for coming back, and it is often inspiring no matter what the circumstances. But what if you are returning as a full-time student at the age of 23, as a new mother and working a full-time job? This is the life of Laurier Brantford student Kayla Doucette, and it is a remarkable tale of determination.

“I started at Laurier back in 2008,” Doucette says with a laugh. In her second year, after the fall semester, she didn’t have the money to continue, and decided to take some time off. She began working full time at Tim Hortons with the intention of making enough money to go back to school in a year. She had all her loans paid off, but then found out her and her boyfriend, who is now her fiancé, were having a baby, so she would have to wait a little longer to go back to school. Her son Connor was born Aug. 30, 2012.

“I didn’t want to be one of those people that quit school just because I had a baby. I wanted to finish what I was doing, even if there’s not much out there,” Doucette says. She is referring to the poor job market for teachers right now, as she is hoping to teach someday. She is in the Contemporary Studies with Children’s Education Program. She decided to wait until the winter semester, and went back to school at the start of 2013, when Connor was six months old.

She received loads of support from her family and friends for going back to school, and that has made it easier for her. But she does admit it is different, and at times overwhelming. She is taking three courses a semester now, the minimum for a full-time student, and is hoping to take four next semester. She has all her classes stacked on Tuesdays and Thursdays, allowing her to work on the other days. She also coaches a high-school cheerleading team at BCI.

“I was determined to go back though, and want to finish my degree, to show my son that I didn’t quit,” Doucette says. She does everything right now out of necessity. Her and her fiancé are both working to provide for their family, and she does not want to work at Tim Hortons forever. She is doing the cheerleading because she has always liked it, and wants to do something for herself and to help other kids.

She doesn’t get to see her son as much as she would like, but sees this as a sacrifice she has to make for her family. With teacher’s college included, she hopes to be done with school in two and a half years. She finds she is much more focused now, and is glad that things worked out the way they did. Doucette also notices that there are many more mature and older students at campus now than she remembers, and says that helps her feel at home at Laurier.

Doucette cannot say enough the value of finishing something that you started, and is glad to have the support she has and the determination to push through despite her circumstances.  When asked about people going back to school after taking time off, she says, “I think people should just go for it, if it’s something you want to do to better yourself. Even if you don’t have a family and it’s just something you want in general, you should do it, and not look back.”