A cry-er for attention 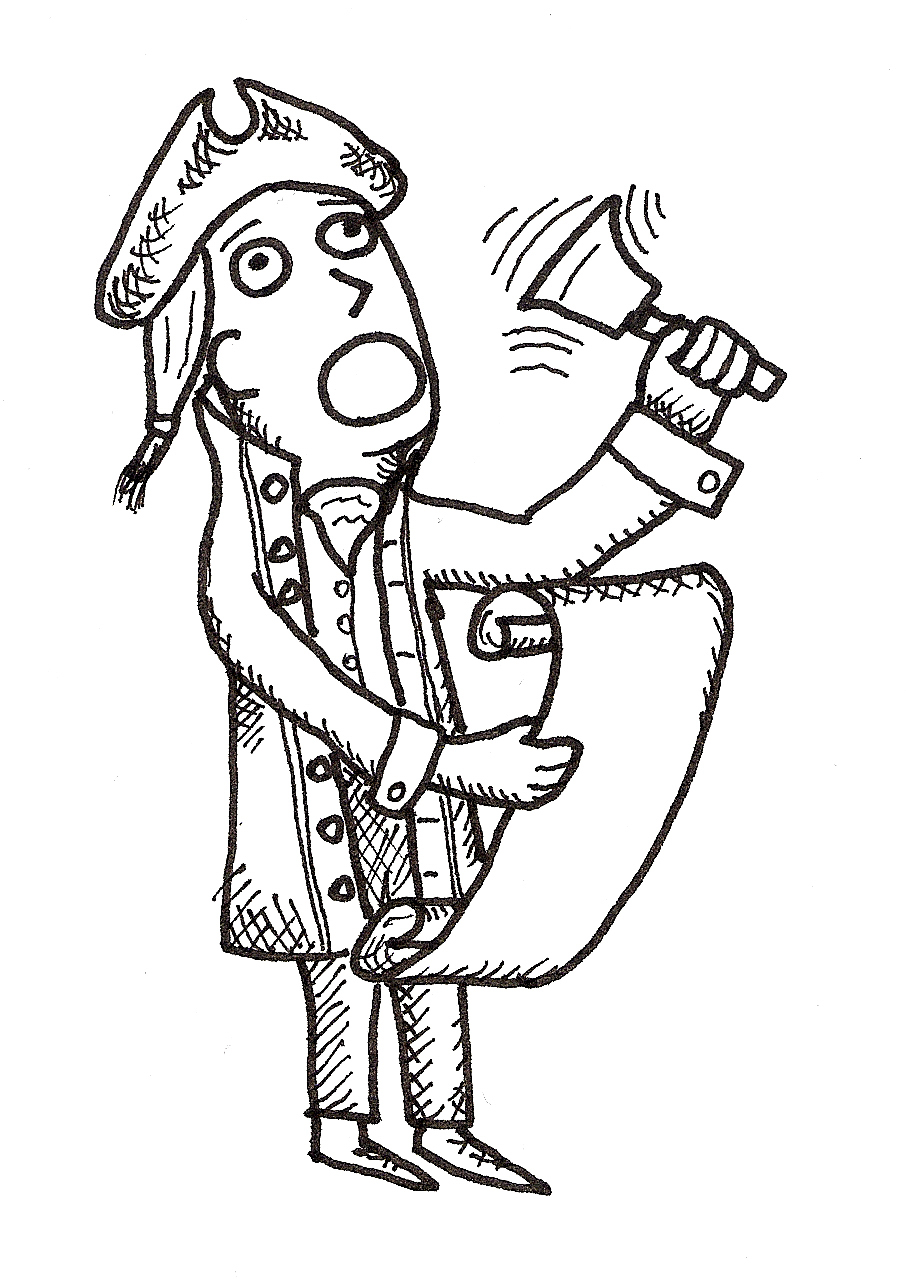 Where would a farmer, a town crier, and the poster boy for colon cancer awareness meet? Sounds like the beginning of some corny joke but I actually got a legitimate answer for you. Meet Larry Davis, a man from Burford who managed to pick up a couple of unique jobs.

Davis is a textbook example of how one can diverge from their set career path.

When I had first called him up to set up an interview, we were giving each other the run around trying to figure out his schedule. Davis told me he’d be busy since he was traveling to another town to deliver some hay, as he is a farmer by profession.

Now some of you may be wondering how a farmer from Burford came to be a town crier as well as a poster boy – as Davis likes to call himself – for colon cancer awareness. Davis’ position as town crier was appointed to him by the Brant County and his role in colon cancer awareness was given to him by the Brant County Health Unit.

The township of Burford was going to celebrate its 200th birthday in the year 1993 so they called David McKee, Brantford’s town crier, and asked him to do it in Burford. Davis nicely asked them why they didn’t find their own.

This led The Ontario Guild of Town Criers to come out to Burford to hold a competition looking for their own town crier.

“Burford advertised for competitors to be the town crier and I was asked to compete, so I went in the competition. There weren’t that many of us, only three. Five town criers came out to be judges, it was a fun”, Davis said.

Davis stands among many in a world-wide organization that represent their communities.

It’s Davis’ responsibility to act as a voice for the community.

“Let’s say if Laurier University was going to open up a new wing, they would call the town crier, they would have the mayor there and maybe a minister of culture … they would start the event off, welcome everybody, [make the announcement] and have the dignitaries take over.”

What is the significance of a town crier?

“It all started when the King or Queen would say, “take this message to my people,” because not everyone at the time could read. The news got out by the town crier. The town crier would take the message out on a scroll, take it to the door of the inn and do his town cry and then post it there for those who could read.”

Davis’ position as town crier lead him to other opportunities, to that of Brant County’s poster boy for colon cancer awareness.

“A woman that worked indirectly with the Brant County Health Unit knew that the incidents of colon cancer in the rural areas were higher than in the cities,” Davis said. “They determined that it was mostly because of awareness; farmers go on forever and they don’t go to the doctor more. Maybe they’ll get there when they’re 65 years old but they’re not the type of person who is running to the doctor all the time.”

Davis’ role in colon cancer awareness began to do its job. Davis said that people would hear what he was doing and come up to him to ask him questions about getting tested and that would urge them to take a closer look into checking things out for themselves.

Davis acknowledges that there is a stigma around men’s health and men being accountable for their own health, “sometimes men don’t take care of themselves because they think they’re macho.”

Davis takes pride in the work he’s done in order to bring awareness for colon cancer and be a voice for his community.