Women’s soccer and the power of female athletics 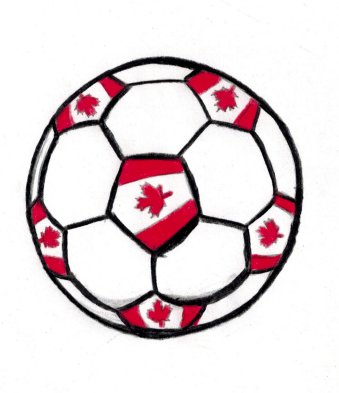 Let’s be honest. When it comes to sports, females are generally overlooked because many feel as though it is a male-dominated skill. The truth is that female athletes are just as talented as males are. There is a big difference when it comes to salaries between the two genders but females can have the same drive and aggression. The FIFA Women’s World Cup is currently taking place, and the Women’s National Basketball Association has existed for 18 years, with both boasting world-class athletes. Furthermore, by displaying their athletic talent, women are encouraging females worldwide to play sports.

Canada’s national soccer team have been competing in the 2015 Women’s World Cup since June, and are preparing for the quarterfinals. The team’s head coach, John Herdman, alongside the team’s highest-scoring forward, Christine Sinclair, have been leading the team through the fierce competition.

Understanding women’s sport in Canada means looking at some of the factors controlling it. Herdman is a good example. Herdman is no stranger to coaching and has an impressive history of soccer experience. The New Zealand National soccer team was coached by Herdman between 2006 and 2011, after which he was hired by Canada’s team. Herdman led the team to a gold medal in the 2011 Pan American games in Mexico. The following year, Herdman led the team through the London Olympics but their met their match with England in the Bronze medal match and suffered a great loss to them. The loss hasn’t shaken Herdman or the ladies playing for Canada, and here they are again this year, determined to win.

Herdman’s strong mentality has been a driving force for Canada. The Canadian Soccer Association made a statement by extending Herdman’s contract to 2020. An ambitious head coach can never steer a team in the wrong direction. A quote from defender Carmelina Moscato published by the Globe and Mail gives you an idea about Herdman’s professionalism. “You talk about squeezing blood from a rock. He’s really done it with a lot of us. He has reinvented ourselves.” Herdman’s ambition has motivated the team and it doesn’t look like he will be giving up anytime soon.

In a video published by the Canadian Press, Canadian Soccer President Victor Montagliani spoke about the positivity that the team brings to Canada and women’s sports. “Women’s football is a very pure form of football. I think women’s football can shine some light on the clouds that are hanging over the game.” Montagliani’s quote supports the fact that the team has impacted women’s sport for Canadian females, and brings positivity to the sport of soccer. There is a lot of support and positivity that surrounds Canada’s national soccer team.

Furthermore, we cannot neglect young Canadian players such as Kadeisha Buchanan, aged 19. Born in Brampton, Ontario, Buchanan is one of the youngest players on Canada’s national soccer team, and mentioned that she was passionate about indigenous female soccer players. We definitely cannot forget about Christine Sinclair, the team’s captain. Born in Burnaby, British Columbia, the 32-year old is ranked third in international goals scored. Confident female athletes like Buchanan and Sinclair are sure to encourage females to play and enjoy the sport.

Overall, Canada’s national soccer team is definitely bringing a lot of positivity to Canadian sports. If you’re a sports fan, make sure you show support to your team and cheer them on through this tournament!