Why The Customer Is Not Always Right 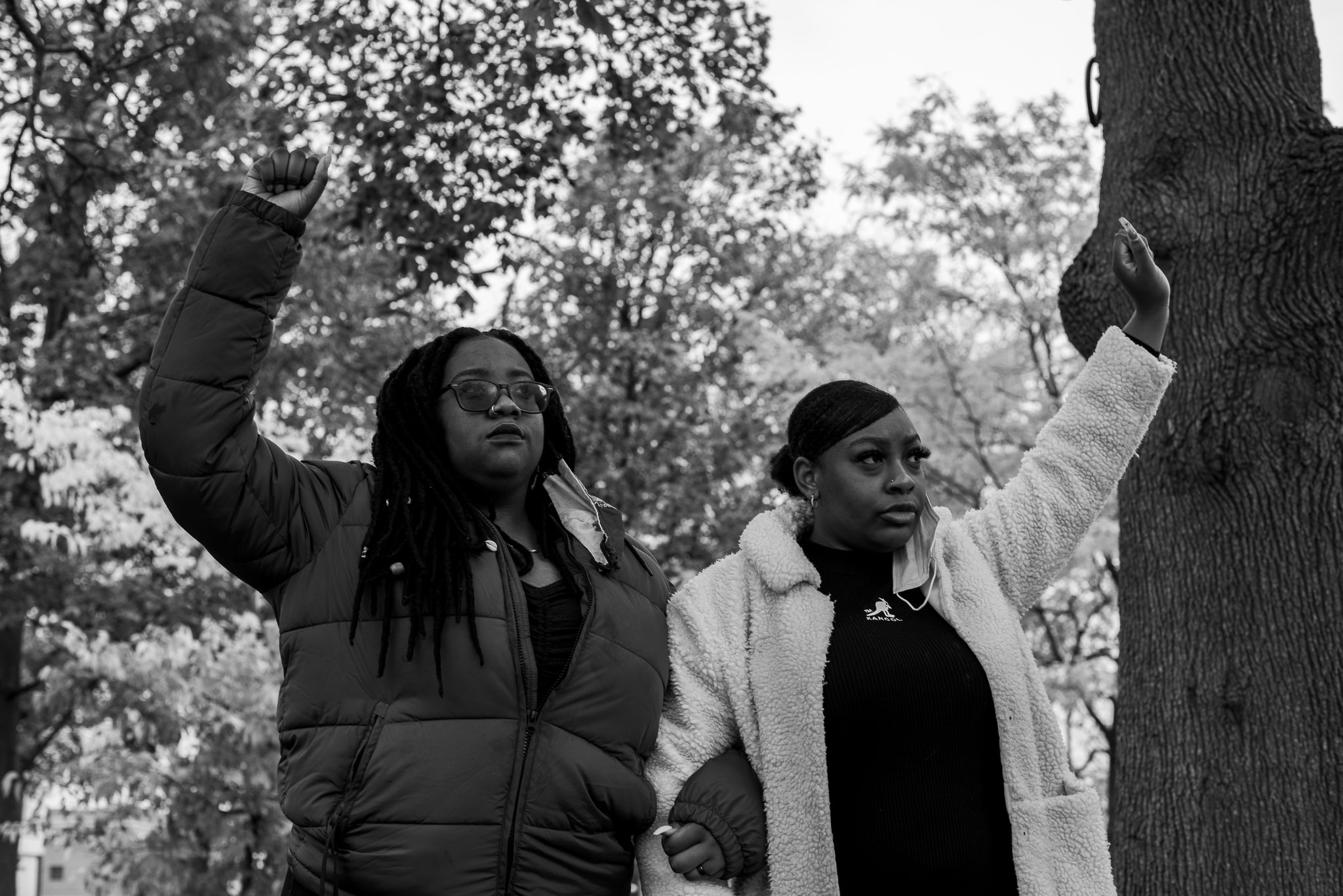 If you have ever worked in customer service, you would be familiar with the expression, “the customer is always right.”

What happens when the customer is bigoted and racist—are they still right then?

Sputnik interviewed people of colour (POC), Laurier students and the Black Student Collective of Laurier Brantford (BSC), in an attempt to investigate the on-going racism.

A Laurier student, who wishes to be kept anonymous for fear of losing their job, told Sputnik about the odd interactions they get as a POC cashier.

When recalling their experience, the student said, “a customer literally asked me ‘what are you?’. I remember laughing out loud because that is such a weird way to ask about someone’s heritage.”

The student told the customer that she was born in Hamilton, but moved to Brantford for school.

They said “I thought she was being nosey but then the customer said ‘no, where are you really from,’ that question always bothers me because I am Canadian.”

Regardless of my skin colour, I am Canadian.

Questions like “where are you really from,” or “what are you,” are examples of microaggressions that people of colour face everyday.

They make the person on the receiving end feel like they do not belong.

The student went on to add, “I feel excluded when I’m asked that, it feels like I’m being targeted for not being caucasian, why don’t they ask my white coworkers that?”

Many, if not all, POC students can relate to this common experience of being made to feel like an outsider.

It is always challenging to respond to statements of that nature, since students do not want to appear unprofessional.

“I want to be head cashier, so I feel the pressure to always show good customer service skills. Which is why it is hard to know how to react in situations like that. Without that pressure, I would respond with sassier comments like, I am human, that is what I am”, said the student.

The president of BSC, Esther Joseph, said that she has been in situations where people have touched her hair without asking and have said things to her like, “there are three of you guys here.”

However, she remarks that she has experienced more racism from her co-workers than customers.

She also relates to the struggle of not knowing how to react.

This paradox of not wanting to offend customers or coworkers, by being offended by their racist actions is sometimes perpetuated by sayings like “the customer is always right.”

“All you can do is laugh, bosses pretend like they can’t do anything, or like it’s not a big deal,” said Joseph.

Joseph explains that just because she laughs in the moment, does not mean it does not affect her. These situations stick with her and eventually get internalized.

“You go home, and it is all you can think about, you think about how you should have acted differently and it gets internalized,”said Joseph.

Having to push aside ones’ hurt from racist comments and actions is a common experience for POC students in the workforce.

Another student, who wishes to be anonymous, said that they had to push aside their hurt to remain professional.

The student recalls an interaction with a customer as the worst experience of their life.

The student said, “I was instructed to hand out coupons and give information about a store sale while checking people out. I was checking a customer out and saying what I had to when all of a sudden the customer stopped me mid sentence by screaming at me. They told me that they could not understand my accent and that the store should hire people who speak English.”

The student recalls tears forming in their eyes as blood rushed to their cheeks and ears, in anger and embarrassment.

The student said, “I wish I didn’t cry, and that I could put the customer in their place, but also what can you say in that situation? It was really embarrassing because everyone heard the customer.”

Regardless of ethnicity, skin colour or accents, no one should ever have to be treated like that.

The customer is not always right, especially when they say degrading and racist things. POC students are allowed to feel hurt by this, it is completely normal not unprofessional.

“You want to let the customer know that it is wrong, but as respectful as possible, which is hard to do when you are offended,”said social media coordinator for BSC, Alexandra Ogunsanya.

Ogunsanya detailed an experience she had where a customer said, “look at this hair,” and grabbed her hair.

That is not okay, Black women are not an exhibition at a petting zoo, keep your hands to yourself. —Alexandra Ogunsanya

Ogunsanya was uncomfortable and frustrated her whole shift due to not being able to voice her thoughts, because she wanted to be professional.

Some managers think expressing those frustrations is unprofessional, but why is it an expectation that POC have to bite their tongue when they feel violated at work?

The vice president of BSC, Dom DeGrasse, said, “it’s the choice between being a good employee or getting in trouble for standing up for yourself. When I see this happen to others I step in. Especially in Brantford because not much is ever done here.”

Managers say to come to them next time, but DeGrasse wishes that more bosses would refuse to serve them the first time, if they are disrespectful to employees.

However, she is not hopeful that will ever be the case since people get in trouble for not even smiling in customer service.

Some students, like DeGrasse, have left jobs because of differing values and the lack of corporate responsibility when it comes to racism.

DeGrasse worked as a cashier at a local hardware store, until she had enough. There were many racist incidents that led up to this.

For example, her manager touched her hair without asking. When her friend stood up for her, their manager explained how she knows not to touch Black women’s hair because sometimes it is “not real.” 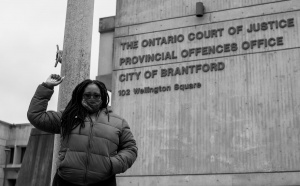 DeGrasse added that her manager whispered the word “Black,” as if it is a bad word.

DeGrasse says that the incident leading to her leaving her work happened around the rise of the Black Lives Matter (BLM) Movement.

A coworker wrote “BLM,” on a board containing general information. However, they were told to take it down, because the manager said she did not know what BLM meant.

Even after it was explained to the manager, she still did not want it on the board.

POC can never seem to find any support from higher up management because when DeGrasse brought this up to her manager’s superior, they said the BLM movement was too political and that they agreed it should not be on the board.

The BLM movement is a humanitarian cause, not a political one.

Ironically the CEO of the franchise is a Black man from the USA—I wonder how he would feel about this incident?

Unfortunately for this company, as well as many other companies, they are missing out on talented employees like DeGrasse because they turn a blind eye on racism.

There needs to be more POC representation in management, to make sure that employees of all races feel welcome to work.

No one should have to deal with racism, ever, let alone at work.

If you are like me, you might even be asking yourself “what can be done to help this issue?”

Beyond standing up for POC when situations with racism arise, we can also support anti-racism initiatives, or start them.

Whether it be protesting for the Black Lives Matter, signing petitions, raising awareness through social media or it could be as simple as supporting local POC businesses.

An example of this would be House of Glam.

House of Glam is a cosmetic business owned by three POC Laurier students. These three talented women are Racheal, Grace and Natalie. 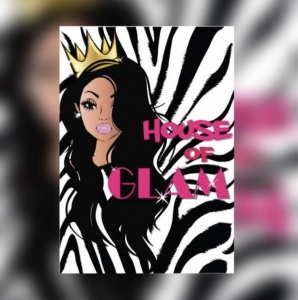 House of Glam says their vision is to, “build our sisters up, and give them confidence internally and physically. Society is focused on tearing them down, but we want to praise them and ignite their beauty and confidence.”

They help women find looks that fit their personality, not what fits society’s definition of Black women.

Their services include, but not limited to, wig restoration, creating hand swein (hand stitched) wigs and lash extensions.

Another POC Laurier student owned business is Nsoromma Hair. This business is owned by Esther Joseph.

Joseph said her goal is simple.

“I want my customers to take pride in their hair, for Black people, our hair is our crown and it should be cherished, at Nsoromma it will be.”

Nsoromma Hair offers a wide variety of services. Such as styling men and women’s hair and wigs styled in faux braids.

The newest addition to Nsoromma Hair is the innovative satin lined hobbies aimed to protect and keep hair moisturized. Joseph says that she designed it after the satin scarfs black people wrap their hair in. 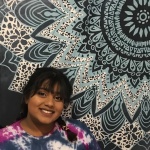