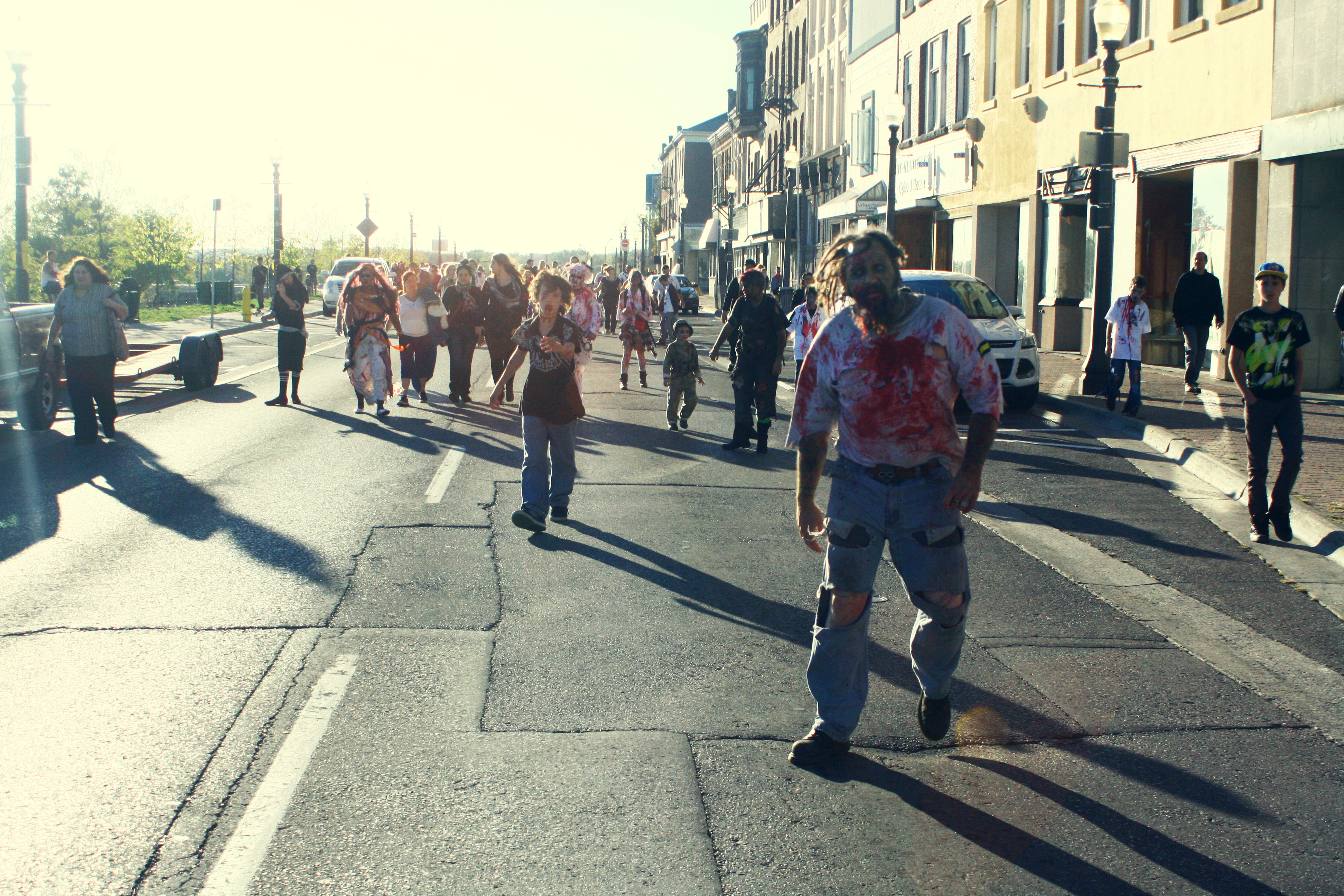 Brantford’s sixth annual Scare in the Square festivities ushered in a new era of fear for the city after playing host to Brantford’s first Zombie Walk.

While most Laurier students fled Brantford’s downtown core, heading back to their hometowns for Thanksgiving dinner, hundreds of Brantford locals transformed into the undead.

The event took place on Saturday, starting at 5 p.m., transforming Harmony Square into a gore-lover’s dream. With over 100 pre-registered zombies, and many showing up to register at the event, nearly 200 zombies were in attendance, said John Bradford of Downtown Brantford Business Improvement Area. Operating under a strict code of conduct, in which no zombie was to touch or eat the brains of any pedestrians or fellow undead, the march went off without a hitch.

The hundreds of participants dawned sinister costumes, while sporting blood soaked garments; some gnawed on limbs, while others honed in on their makeup abilities displaying lifelike gashes and signs of mortal rot. The walk ended in a zombie costume contest, the judges scouting out the scariest zombies under a set of 8 categories.

Jessica Smith, a Brantford high school student, took home the prize for best facial makeup.  The experience was one Smith had been looking forward to, “there’s usually not stuff like this in Brantford.”

The bustle of wandering corpses was a spectacular contrast to Scare in the Square’s child oriented events that had taken place throughout Saturday afternoon.

Scare in the Square provides the community with a yearly opportunity to become familiar with the businesses in the downtown core by giving kids the chance to take advantage of some pre-Halloween trick-or-treating at participating shops around Brantford’s downtown.

With 1,500 children participating in years past, Saturday boasted the greatest numbers the event had ever seen, according to Annette Wawzonek, Downtown Brantford Business Improvement Area. “And the weather is absolutely phenomenal,” Wawzonek said as she handed out maps to eager trick-or-treaters.

Between 2p.m. and 4p.m., the downtown streets became a flurry of costumed children running from store to store. The event had 28 downtown shops and restaurants participating in the trick-or-treat event, a tractor ride, petting zoo, haunted house and an arts and crafts table.

“There’s been a really good turnout,” said Kelsey George, a parks and rec volunteer with the City of Brantford. The city looks forward to expanding Scare in the Square and the zombie walk for years to come