What’s the fuss with WTFest? 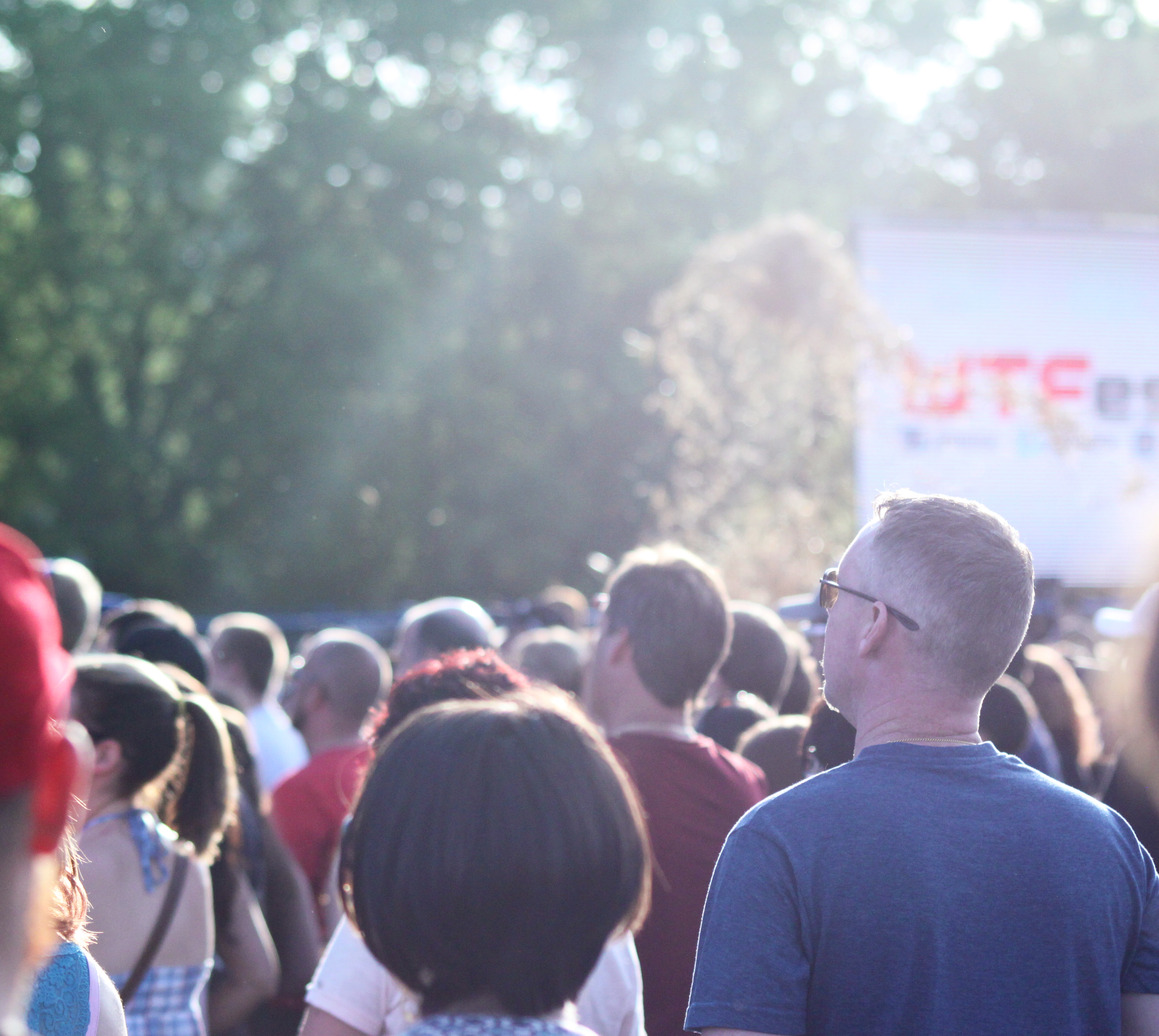 The sun tried it’s hardest to press through the clouds Saturday afternoon, perhaps a metaphor of WTFest planners trying their hardest to overcome the odds and host a successful festival. There was commotion and confusion in abundance, with signs, line ups and instructions not even in place an hour before kickoff. The frantic volunteer staff, running around in a blue-collar way, did their best to accommodate eager fans, tight schedules, and impatient demands.

Pushed back an hour, things eventually got under way at 3 p.m. with the first band. Local acts like Sons of Revelry and Ghost Town Orchestra took the stage before giving way to the evening’s headliners. As I made my way to take in my first show of the festival, I was unsure as anyone as to what to expect. But what was clear was that I Mother Earth had no doubts at all. They brought pure, happy vibes to their set, and were honoured to be a part of the festival and have their fans come and support.

As they got deeper into the set, and the sun shone out from behind the stage, the audience swelled to over 1,500 people. As I tried to evaluate what I thought of this band in front of me, it was clear that most of the audience had loved this band for a long time. A group of men in their late thirties were clearly reliving their glory years, head-banging as if having a sore neck on Monday was a job requirement.

Brian Byrne, Earth’s singer, was moved by the support – “It’s because of you (the fans) that we’ve been able to do this for 20 years!” Somebody in the crowd shouted, “Canadian rock and roll!!” That’s not exactly the coolest thing that you can scream at a concert, but it kind of fit. This, and Byrne’s dedication of the show to his daughters, brought this family-reunion-like, emotional theme to the forefront – a foreshadow of festival planner Jamie Stephen’s words at the end of the night.

From there, The Trews took the stage, and the audience only became more engaged. The Trews are that band that, unless you are a diehard fan, you know the name but you don’t know any of their songs. And suddenly, when they start playing, you know all the words. The cynic in me says that is more of a result of Canadian-content quotas on radio stations than anything else, but they, as I’ve experienced before, put on a tremendous show.

The group flowed from sing-along hits like “I’m Tired of Waiting” to the emotional ballad “Highway of Heroes.” The latter is relevant today, instantly bringing to mind images of Cpl. Nathan Cirillo’s procession down the 401, even though this song was written years earlier for a different soldier, their late school-mate Nichola Goddard

As they got back to the rock, I couldn’t help but notice that modern Canadian rock sounds like it belongs in the early nineties, even though early nineties rock sounds nothing like it. Which is not necessarily a criticism, but just an observation, as I looked around and saw so many people enjoying music that I didn’t know was this well-loved. And as they ended the show with full organ jams, bongo solos, and a five minute guitar feature with John-Angus MacDonald, it wasn’t hard to see why.

Big Wreck ended the night with a loud, beautiful concert full of  searing, harmonized guitar riffs and confident stage presence. It brought the energy down a little bit from the previous show, but the music was a joy to listen to. As well, Ian Thornley looked like a moustachioed Billy Bob Thornton, so there’s that.

But what stood out to me was the aforementioned thank you from Stephens to the crowd, right before Big Wreck took the stage. Although his voice was very hoarse – perhaps from the stresses and strains that come from running a festival or maybe just because really enjoyed singing along – it was still easy to hear the emotion as he spoke about how many people never thought the festival would come to fruition, but that they made it happen nonetheless. This declaration set the whole day’s events in perspective, and laid the foundation for the rest of the festival. This truly was a celebration, of years of toil, of dreams coming through and of Brantford.

Before we get to the meaning of the festival in a larger sense, Sunday brought awesome concerts and great music once again. Brantford bands, much like Saturday, were showcased fully. Young punk rockers Harbor played their upbeat tunes to a younger crowd, setting the energy level for the afternoon. The rain stayed away, and the humidity hit its peak, but the music was very refreshing. The atmosphere stayed the same once Ascot Royals took the stage. Their sound is modern, but shows a hint of originality that, combined with Harbor, foreshadows the successful future of Brantford’s music scene.

One of the highlights of the day was Dear Rouge. This newer Canadian band owned the stage. Danielle McTaggart’s vocals, combined with her commanding stage presence, soared over the crowd, blending perfectly with the very strong synth sounds. Their hit single “Black and Gold”, a song about, as McTaggart said, going from bad times to good times, further played up the narrative of this festival as a celebration of the good times.

The rest of the festival was just as much a success. Sure, the rain pummelled the loyal USS fans, (and there really is no exaggerating how hard it was raining) yes, it was a minor inconvenience, and no, I did not tough it out for the most anticipated acts – USS, Lights and Hedley. However, many other people did. Nothing but good things were reported from Sunday night, and the devotion of the fans, volunteers, and performers, all points toward one thing – that this is a festival that needed to happen.

Brantford is the last place you would expect a large festival like this, but that is also why it worked. Everyone wanted to see if this could be pulled off, and it was. This is the kind of thing that can bind a whole city together, to see that this is no longer just a possibility but a reality, and that Brantford can really be a destination for big, exciting things. This festival was successful and will only grow in the years to come, in terms of attendance, talent and efficiency. And, if it manages not to rain next year, watch out.