Week One Olympic Recap: Canada starts strong, but are they losing momentum? 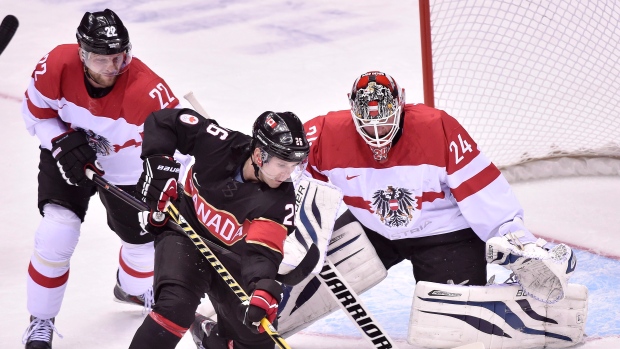 As the first week of the Olympics has come to a close and men’s hockey is (finally!) in full swing, it’s as good a time as ever to recap the sights and sounds and look ahead to what Team Canada and its gold medal hopefuls can look forward to as the games wind down on Sunday, February 23.

After the fireworks, dancing and celebration of Sochi’s opening ceremonies ended, Canada got off to a hot start. In fact, during day four, Canada had done something never done before at the Olympics (summer or winter): held both the top spot in gold medal count (four) and overall medal count (nine – tied with Norway). This was due in large part to, among others, Charles Hamelin, who finished first in 1,500-metre speed skating; amazing performances in moguls by gold and silver medal-winning sisters Justine and Chloe Dufour-Lapointe; Alex Bilodeau record-setting second consecutive gold medal in men’s moguls a day later and Dara Howell’s first place finish in women’s ski slopestyle.

But the gold medal well has dried up since last Wednesday and has eluded even Canada’s medal favourites through day eight, which begs the question: Can Canada return to the form that they started the Olympics with?

Some medalists that the country fell in love with and celebrated in Vancouver haven’t provided that same spark or any spark at all. In women’s slopestyle reigning world champion, Spencer O’Brien was expected to medal, but couldn’t land a clean run and finished last; speed skater Christine Nesbitt, who won gold in Vancouver, finished ninth in the 1,000-metre race and even though Hamelin captured gold on Monday, his fall in the 5,000-metre relay and 1,000-metre event left him far from victory.

And speaking of falls, men’s figure skater Patrick Chan is never far away. His stumbles on the ice on Saturday left the gold medal out of his grasp. Once again the best figure skater in the world couldn’t deliver on the big stage and Canada’s curse in men’s figure skating continues to be an event the country has never won gold in.

But the potential for victory on the ice is still going strong in hockey. The women finished up round robin play unbeaten after a huge 3-2 victory against the United States and although the men have yet to really be tested in their victories over Norway and Austria, their team play and offense have improved. If they’re going to win gold and be the first team since professional NHL players were allowed to participate in 1998 to win the Olympic tournament back-to-back, they’ll have to go through some tough, high-powered offenses in Team Russia and the United States.

And yet, for all of Canada’s ups and downs, victories and gold medal-favourite disappointments, it won’t matter if Canadians are once again on top of the hockey world.