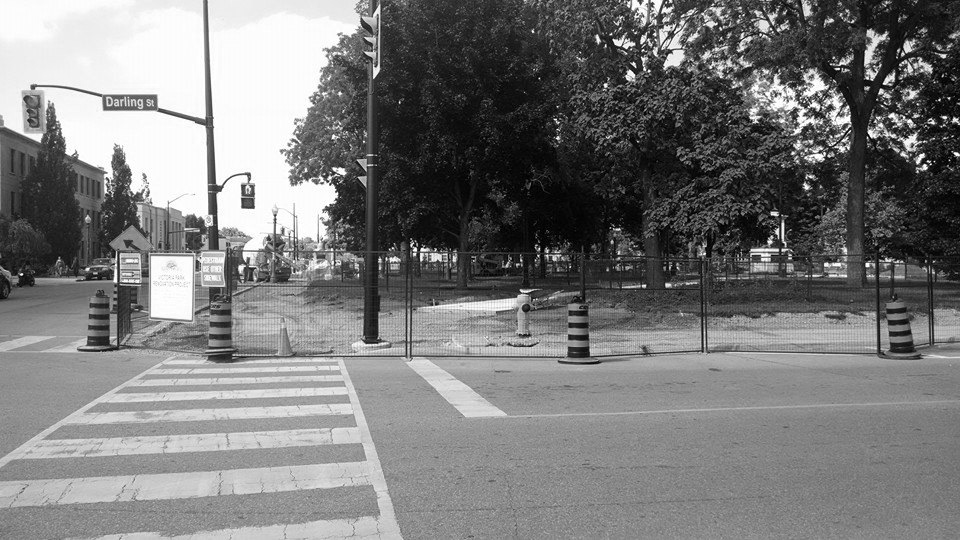 Carnegie Hall and Victoria Park are in the midst of receiving a facelift.

Facets of the project, which include redesigning the ramps and walkways into Carnegie Hall, and the paths in Victoria Park are expected to be complete around the beginning of September.

According to Brantford Director of Park Service Brian Hughes, the Victoria Park project will cost an estimated $438,000.

Work to the George Street-scape, which was intended to be completed this summer, is being pushed back until Spring 2015.

Mark Gladysz, Brantford’s Senior Planner says, the city has been working very closely with the Laurier during this project.

“One of the things that we’re hoping to see happen overtime with the George Street scape work, is that we can institute a predictable closure program so that the street is available for major events like Convocation or Homecoming,” say Gladysz.

The walkways at both Carnegie Hall and Victoria Park are being remade with concrete as opposed to the Unistone that once lay in its place.

“We spent a lot of time thinking about how to make it as accessible as possible under the Accessibility for Ontarians with Disabilities Act,” says Gladysz

The park will include wider, more smooth, sidewalks, and new street indicators for the visually impaired.