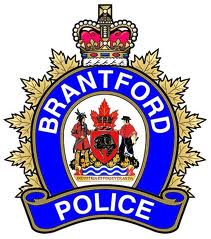 An investigation into incidents surrounding three arrests made on July 9, 2013 at a Memorial Drive housing complex was conducted by the Office of the Independent Police Review Director and has resulted in allegations, according to the Brantford Police Service.

Charges claim that one officer made “unlawful or unnecessary” arrests of three people and used “unnecessary force in making those arrests.” According to a press release by the Brantford Police, “The officer is facing a further charge of Unlawful or Unnecessary Exercise of Authority regarding force used against another individual during the incident and also a charge of Discreditable Conduct.”

Another officer is facing charges related to neglect of duty for “failing to comply with a policy of the Brantford Police Service.”

A hearing will be held for the two officers in question, not likely to occur for a few months.

“We’re not releasing any further details in order not to prejudice the criminal process and/or the hearing,” said Constable Natalie Laing in an e-mail on Friday. “We haven’t yet received a hearing date in reference to the PSA [Police Service Act] charges.  That hearing will be an open public hearing also.”

The identity of the officers will not be released at this time. Both officers remain on duty in Brantford.