Trump vs. Clinton: Both unfit to lead America 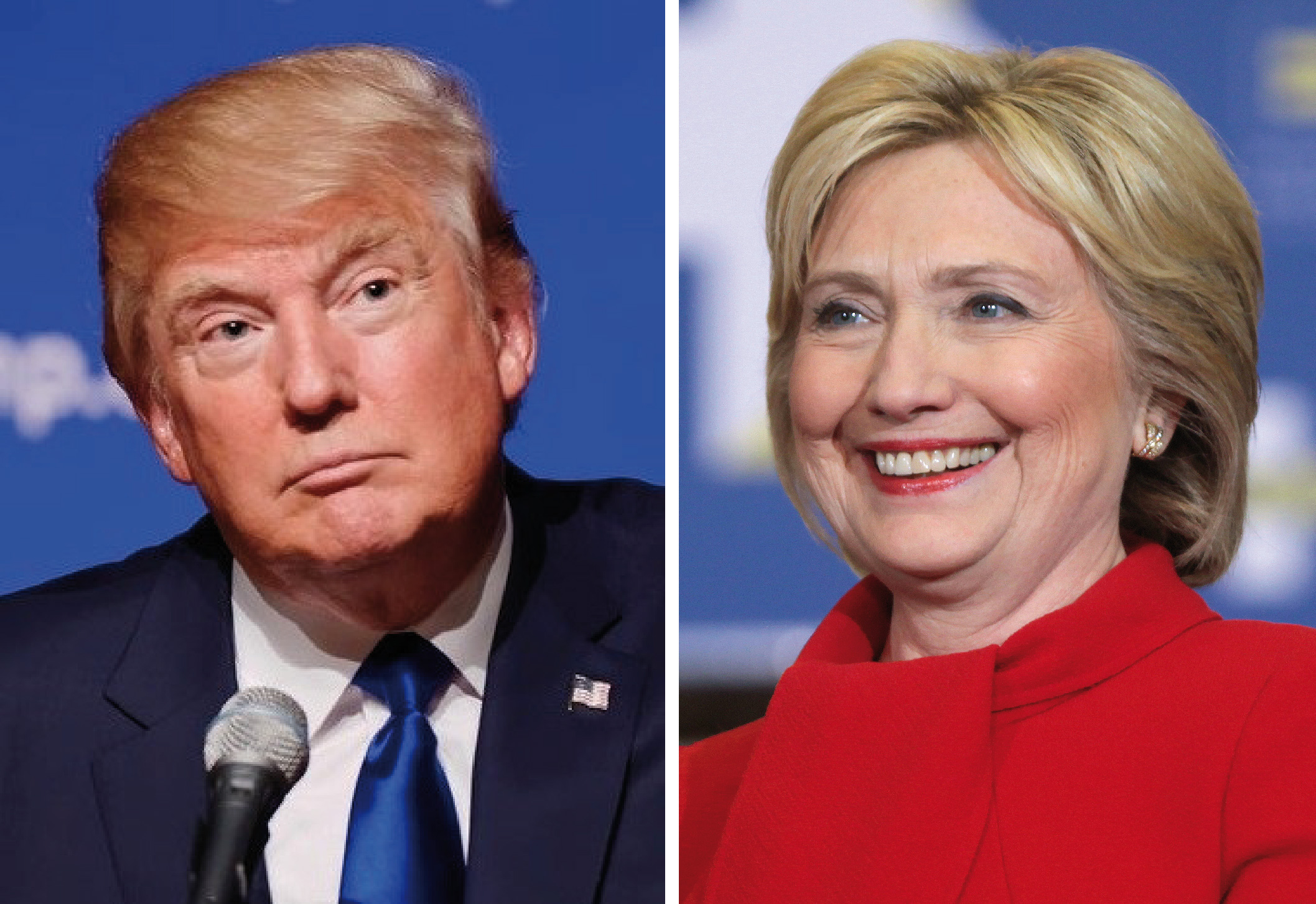 Donald Trump is the superior choice to Hillary Clinton. There, I said it. I’m sure my fellow journalists and students have wildly differing and mundane opinions about the American election. Trump allegedly sexually harassed multiple women according to USA Today, while Clinton and her husband allegedly covered up some suspected sexual harassment and likely other worse incidents according to The National Review. Although what Trump said and might have done is wrong, Clinton supporters cannot necessarily talk with those claims against them.

Clinton is the mainstream candidate while Trump is the wild-card in this election. She has the most corporations backing her up, including Goldman Sacs, according to Politifact. Trump also has corporate donations, but Clinton has more than 5 times the amount of donations according to Open Secret, a non-partisan information center for political donations.

If Clinton wins, it will be the exact same type of society our American partners are already used to – crime, illegal immigration and government overstep. If Trump wins, he might stop the illegal immigration part, and may get the economy up and running again.

I’m not trying to sway Clinton voters, because they are too brainwashed to help. But Trump supporters, you have an open mind so I might sway you. No matter what candidate wins I want you to know one thing: the moral decay of America is going to continue.

Go to church, synagogue, anything that instills proper family values – something Orthodox that existed 1600 years ago. Read old books, take part in rituals, marry young and have kids if you want a better society. But this voting? It matters less than you think, but we can hope that Trump still wins. However, what you do from day to day matters more.