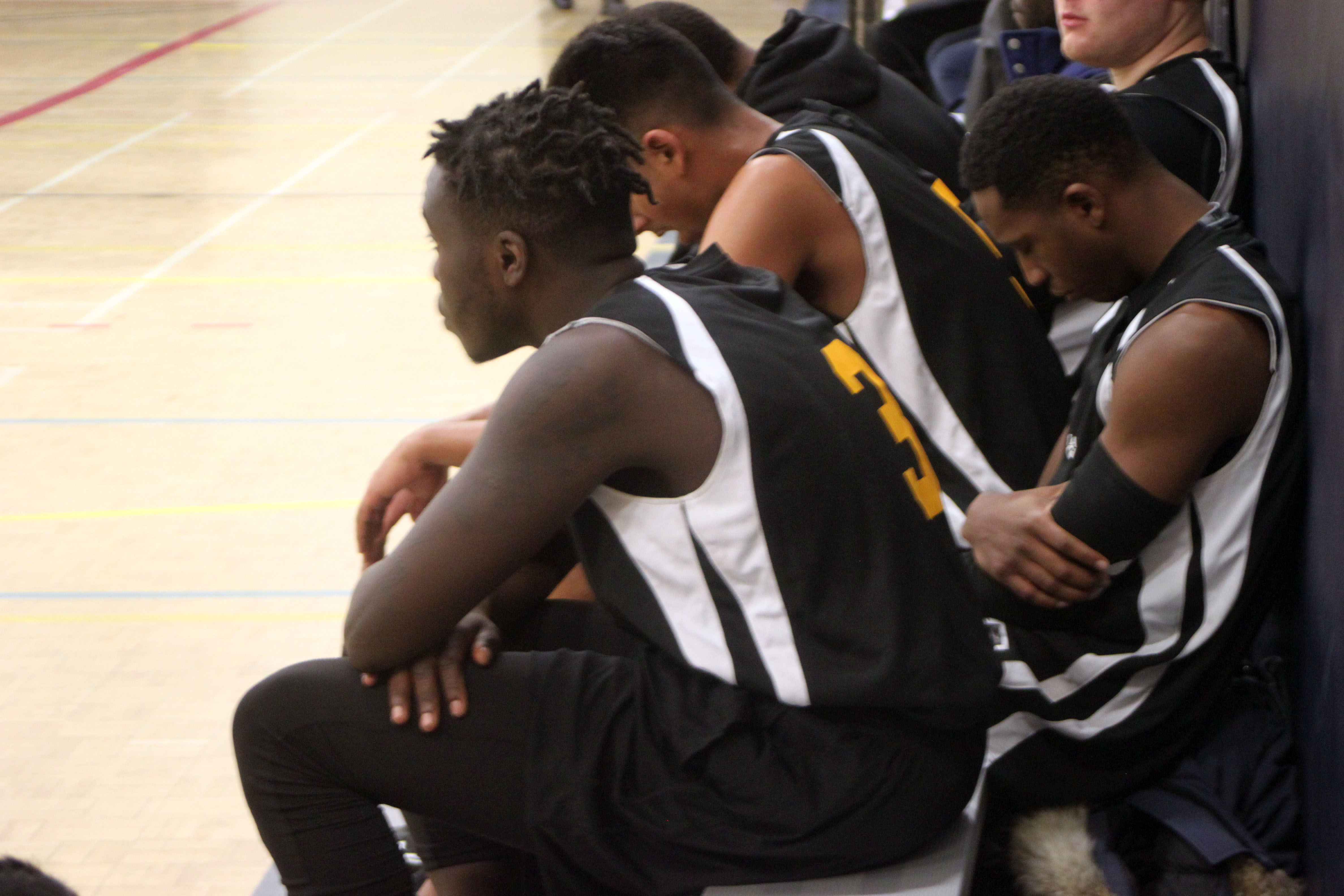 The team opened the tournament with a game against host team UTM and looked good in the first half. At one point leading 23-13, the Golden Hawks led 33-30 after the 20-minute first half. But things changed drastically in the second half for the team, which ultimately was the tale of the tournament. The team played well and the skill is there, but they are not yet able to close out games.

UTM dropped 24 points on Laurier in the second half, highlighted by a 10-2 run to end the game en route to a 57-45 victory. Markeil Barnaby kept things close down the stretch, sinking one of two free throws to cut the deficit to four points with under three minutes to play, but that’s as close as the team would get.

Playing their second game back-to-back against Humber Lakeshore, it wouldn’t have been surprising to see Laurier come out a bit sluggish to start. However the Golden Hawks came out hot, shooting a high percentage in the first half. Their midrange shooting was especially effective from centre Taran Hoogsteen, who had 13 points.

But once again, things fell apart in the second half. Hoogsteen and the Golden Hawks jumped out to a 29-24 lead, but finished on the opposite end of a 47-41 score. After two games, Laurier had been outscored 47-27 in the second half.

Co-captain Chuck Collins felt that not having their coach was a major contributor to these second half collapses.One thing he would’ve been able to do is manage the substitutions better. “The main guys were coming in and getting us the lead, but then they were coming out a bit too quick,” Collins said.

And something Collins always stresses is composure, which was lacking in the round robin games. “We can’t get a 10-point lead … and think we’ve won the game,” Collins explained.

Fastbreak points allowed were also a problem. On too many occasions five guys would be going for offensive rebounds instead of hanging back in the event of an outlet pass from the opponent. This comes back to being composed and knowing your role on both sides of the court, Collins said. Overall the co-captain didn’t feel the defense played poorly, however. He’s confident that in a half-court set, they can handle themselves.

This was evident in the team’s third game in the consolation semifinals against UTSC. The Golden Hawks limited Scarborough to 20 points in the first half and moved the ball well – over half the team finished with five points or more scored. When the final buzzer sounded, the Golden Hawks earned their first victory of the season, 61-49.

But the win came at a cost as both Collins and small forward, Gatluak Kong left with bouts of cramping. The two combined for 29 points in the semifinal victory but weren’t able to start in the consolation final against the Niagara Knights.

It was a dreadful start for the purple and gold; the Knights scored the first 25 points of the game and that was a hole Laurier simply could not find their way out of. They kept it even in the second half, not allowing Niagara to increase their first half lead, but the game was well out of reach.

“You can’t have me and Kong pulling out with cramps because we aren’t getting enough rest. We have to have confidence and take care of our bodies,” Collins said.

With this in mind, Co-captain Alex Packer told Collins and the team the importance of resting up this week before their next tournament on November 28. The productivity of a healthy Kong and Collins is important if Laurier wants to improve their showing at Humber College.

Although the results weren’t there, Collins knows the Humber tournament is going to be better because everything they went through at UTM was a learning experience for the team. “This is our first tournament, we saw this kind of coming because it’s the first time we’ve all been playing together,” Collins said. “We’re happy all the bad habits are out of the way now so players know what to expect – so this won’t happen in future tournaments.”

“After [the way we lost] the boys are hungry for our next tournament. We all kept our heads up, I’m so proud of my teammates,” Collins said. “There’s certain times when you need losses [like the one against Niagara] so you can look back and see who you really are.” And Golden Hawks fans will find out exactly that next Friday at Humber College.