There can only be one (poppy) 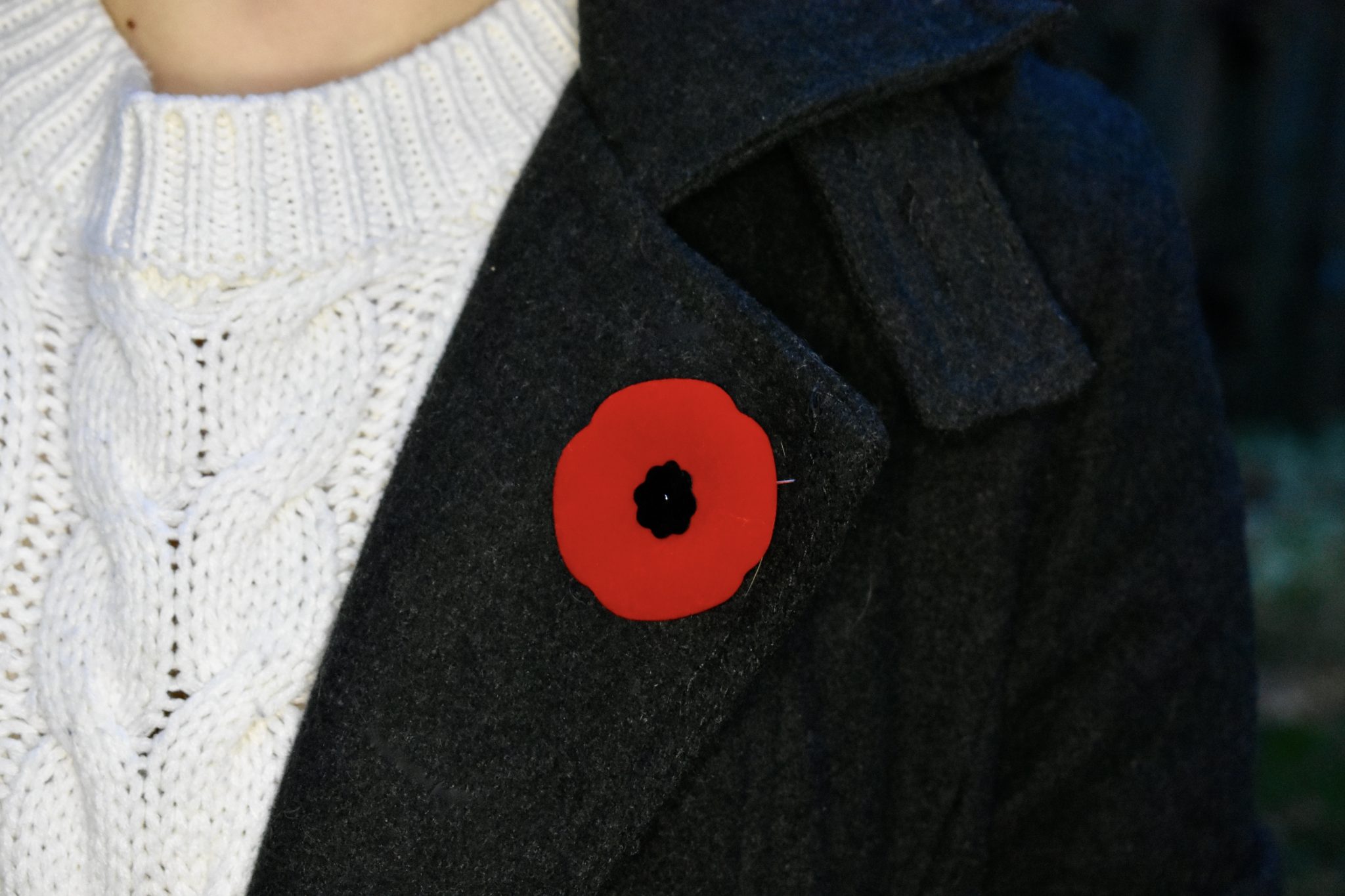 You are hopefully going to take a pause for the solemn day of remembrance and gratitude for those that laid down everything in service of this country.

The proud tradition of Canadians buying and wearing the red poppy in a show of unity and pledge to never forget the sacrifice of many in the past, present, and future for all Canadians’ freedom. The blaring of The Trews’ Highway of Heroes as many shed tears for the loved ones lost in the service.

I’m very thankful for the support of my fellow countrymen as many take the time in their day to remember my brothers and sisters in uniform, and the countless organizations that take part in supporting veterans and their families.

It is also comforting to know that despite the highly enraging news of Whole Foods banning employees from wearing poppies, there is overwhelming support from all sides of the political parties to keep the tradition of the poppy.

Long before I joined the service, I always made sure to take part in Remembrance Day ceremonies and understood the importance of the poppy. A number of my family served in the Armed Forces of multiple countries around the world, and my grandfather fought in the Pacific Theatre during WWII in our homeland of the Philippines.

I admire the tradition of the poppy that Commonwealth Nations have and wish it is more widespread around the world.

The origin of the poppy tradition is beautiful as well. The blooming of bright red poppies in war-torn, blood-soaked battlefields and the poem In Flanders Fields by our national icon Lt. Col. John McCrae still resonates in our hearts.

The fact that many veteran support organizations across the Commonwealth unified to form Legions and established the tradition in opposition to the maltreatment of returning service members by the public that had no empathy or understanding of the external and internal battles they faced since the beginning of the Great War.

I hear all sorts of unfortunate incidents lately where certain individuals have truly forgotten the sacrifice of our men and women and the true purpose of the poppy, twisting its meaning into their gravely mistaken assumption of it being a glorification of war, support for imperialism, and even some accusing it of being a white-supremacist tool.

It breaks my heart as some leaders and corporations (looking at you Whole Foods) have outright diminished the role of the poppy and refused to allow people to wear it.

The one recent phenomenon that really grinds my gears however, is this ridiculous notion that there is a need for all sorts of poppies to circulate like the white, rainbow, purple, black, etc. colours. With the twisted ideologies that accuse the red poppy of being pro-war, the white poppy arose and claims to be for peace, pacifism, and remembrance of victims of war.

This is absolutely disrespectful and completely misses the point of what red poppies truly mean, feeding the ignorance of those who believe themselves righteous and above it all.

The rainbow poppy arose when people wanted to remember the LGBTQ+ members of the service that gave their lives and died for the country. This thoughtful to some, sure, but what people do not understand is that these poppies hold one group of service members over the others who have sacrificed alongside them.

We all bleed red, and when you are in the service it does not matter if you are Black, White, Asian, Straight, Gay, Christian, Muslim, Atheist, or whatever community you belong to.

In the military, you train alongside folks of multiple different backgrounds and learn to love them as your brothers and sisters that you would gladly fight and die for. Nobody is special, and this individualistic/divisive mentality of today’s society is sickening as there are a growing number of persons who wear these special varieties of poppies holding one group of service members above the others.

That also goes for the purple poppy groups that want to remember the animals lost in the wars.

Remember, the red poppy is to remember ALL the lives lost/maimed in service to this country and its people. It is not a pro-war symbol, in fact many of those who have or currently serve do not like war or wish to engage in one.

The red poppy and the act of remembrance includes ALL like Sergeant-Major Francis Pegahmagabow (First Nations), Wee Tan Louie and Wee Hong Louie (Chinese-Canadian), Sgt Gander (Dog of Royal Rifles of Canada Regiment), and all others that served honourably.

I cannot stress it enough that we need to honour all service members that sacrificed everything for this nation and its people. You may not directly feel the sacrifice and may just mindlessly follow along as the tradition carries on, but this means a lot to everyone who has lost someone in previous conflicts.

Although the poppy is not mandatory, it is a tradition of respect and dignity that must be carried on not with pride but with mourning and community support.

To all the individuals who still want to wear these special poppies or refuse to wear one, it is your choice and I wholeheartedly support your freedom to do so. Just give it further thought however, and try to figure out the real reason why you refuse to wear the red poppy that remembers all and what your actions really tell about you as a person.

Are you so focused on these individual traits/your personal politics that you would only flash a poppy that aligns with that trait/ refuse to honour them all together?

Unity, not diversity is what makes this country stronger. The unity of varying individuals into the service and becoming one whole unit that forces excellence out of everyone equally is what makes a military force. Together as a country we should promote the support and care of those who feel left behind or abandoned by the nation they gave everything for.

Let us gather together and bring awareness to those who have died, and to those who are struggling with depression, PTSD, and suicidal behaviour. The general risk of service members dying by suicide is significantly higher than the general population and it is important to recognize the loss of not only physically but mentally and spiritually as well when deploying in certain operations.

This loss is unimaginable to the vast majority of the population, and this is why I will always be grateful.