The Significance Of Preparation For Athletes 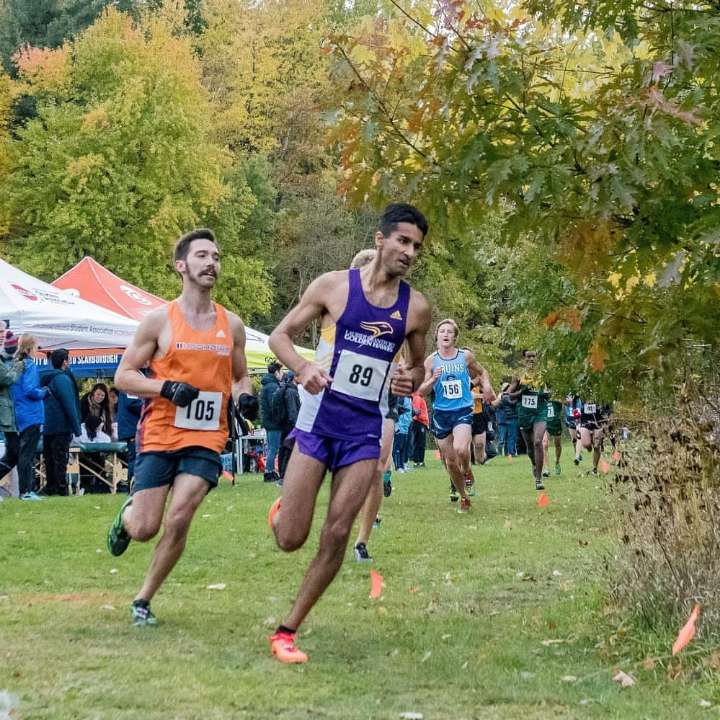 The value of preparation is part of the tools of success to be the best version of you.

In whichever field you are in, preparation can be the skill that elevates your well being and makes you stand out among your peers. Particularly in the field of sports, how you train, what you feed your body, and the mentality involved in preparing before game day is just as important as how you perform once the game starts and the lights are on you.

“Training is a bit of stretching and warming up to get the body ready,” said Liam Hartman varsity hockey player for Laurier Brantford, “but lots of the time leading up to the game is spent on strategy.”

In team sports especially, the tactics and strategies involved play a large part for a strong and productive team. Understanding how you want to play from the beginning and setting up a program/regiment to compliment that playing style takes time and effort.

Preparing in advance can only be a benefit here because of how much time it takes to strategize for every game and incorporating a system that every player can play within.

“Training is typically intense, practices, when our goal is to improve, is when you push yourself and work hard,” said Hartman. 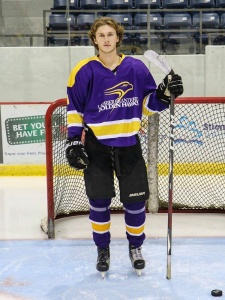 Intensity is just as important in training as in games. You practice how you train, so if the effort level is poor in training, it will more than likely translate to games also. One player who trains poorly can slow down the general work ethic of the team which all teams want to avoid.

Knowing when to push yourself and motivate your teammates simultaneously is part of the ingredients for strong team performances, which is not only limited to team sports.

“Early season focuses on endurance building. Midseason is the hardest point where it is a focus on endurance and speed. Late season i.e. a few weeks before a race, is speed focus,” said Ahad Naim cross country runner for Laurier Brantford.

While cross country runners are still part of a team, there is a much more individualized component to how cross-country runners prepare. Athletes who train and practice on their own majority of the time deserve some admiration and credit for what they do.

Disciplining themselves to be fit without a team being around them all the time can be difficult over time. For Ahad, he follows a seven day cycle which incorporates running and weightlifting to ensure his body is ready for game day.

Food is the fuel that everyone uses to complete their day. While we are all told to watch what we eat for our health, athletes take special precautions in supplying their body with the right nutrients for optimal performance. 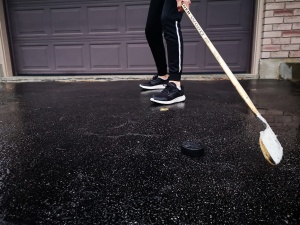 While runners and hockey players differ in sports, their diets can be seen to have similarities and differences for what they allow into their bodies.

“I focus on eating a lot of carbs because they are a fuel source and protein because it is a source of recovery. I also eat a lot of red meat and iron heavy foods because high iron means more oxygen being able to run through your blood and to your muscles which makes you faster,” said Naim.

Knowing what to put into your body and the timing of when you eat is important to how an athlete will function properly. Carbohydrates are recommended before workouts/games because of the fuel and filling effect it gives to the body during high volume training.

Protein is recommended after workouts because of its benefits with recovery and the building of new stronger muscle tissue. A balanced diet is needed so that players do not have too much of one food and be sluggish for their respective sport.

“Diet is less important on a day-to-day basis, the majority of high-level hockey players focus on weight gain versus proper diet foods,” said Hartman, “for me, it is a nice bowl of pasta a few hours before the game, a bagel leading up to game time, and a protein bar between periods—but the main focus is water.”

Athletes knowing how to diet will provide optimal performance for game time. Watching what they eat is another method of preparation that challenges players to be attentive off the court also.

The physical side is not the only part that athletes must strengthen themselves for. There is another layer of sports that is an important pairing with the physique for players. 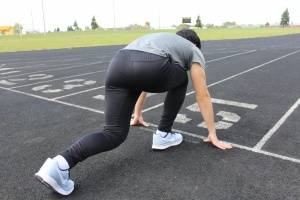 “The mental side is so huge. I have had races where I am too anxious or have too much adrenaline. Controlling that eagerness is key. With tons of fitness and good training you can engage a powerful and determined mind to succeed,” continued Naim.

Mental preparation is vital to achieving any of your goals. Things can change quickly with various scenarios playing out where one may be put into an uncomfortable or unprepared position. Having mental toughness to persevere and adapt to difficult situations is how athletes test their true ability.

While you cannot prepare for every single situation, if your mind is in the right space you can deal with the scenario accordingly and respond positively to what is happening during an event.

“Mental is a large part due to a team’s positivity, morale and team play. Having the desire to want for the team and that every guy is also working hard to win is a motivating feeling that makes you want to work harder,” continued Hartman.

While different sports may have different training regiments, diets, and strategies to keep athletes fit, a common element of many sports is to be prepared and ready to go for when the time comes. Both the physical and mental side of preparation play an equal role that cannot be ignored. Team sports often train as a group which allows multiple people to develop and strengthen themselves together. Individual sports may have more personal sessions focused on just one person since they will be competing by themselves.

One thing is certain; preparation is one of the best skills to have available to you when wanting to be at your best in anything you do.

1 thought on “The Significance Of Preparation For Athletes”