The psychological aspects of the Mars One Mission 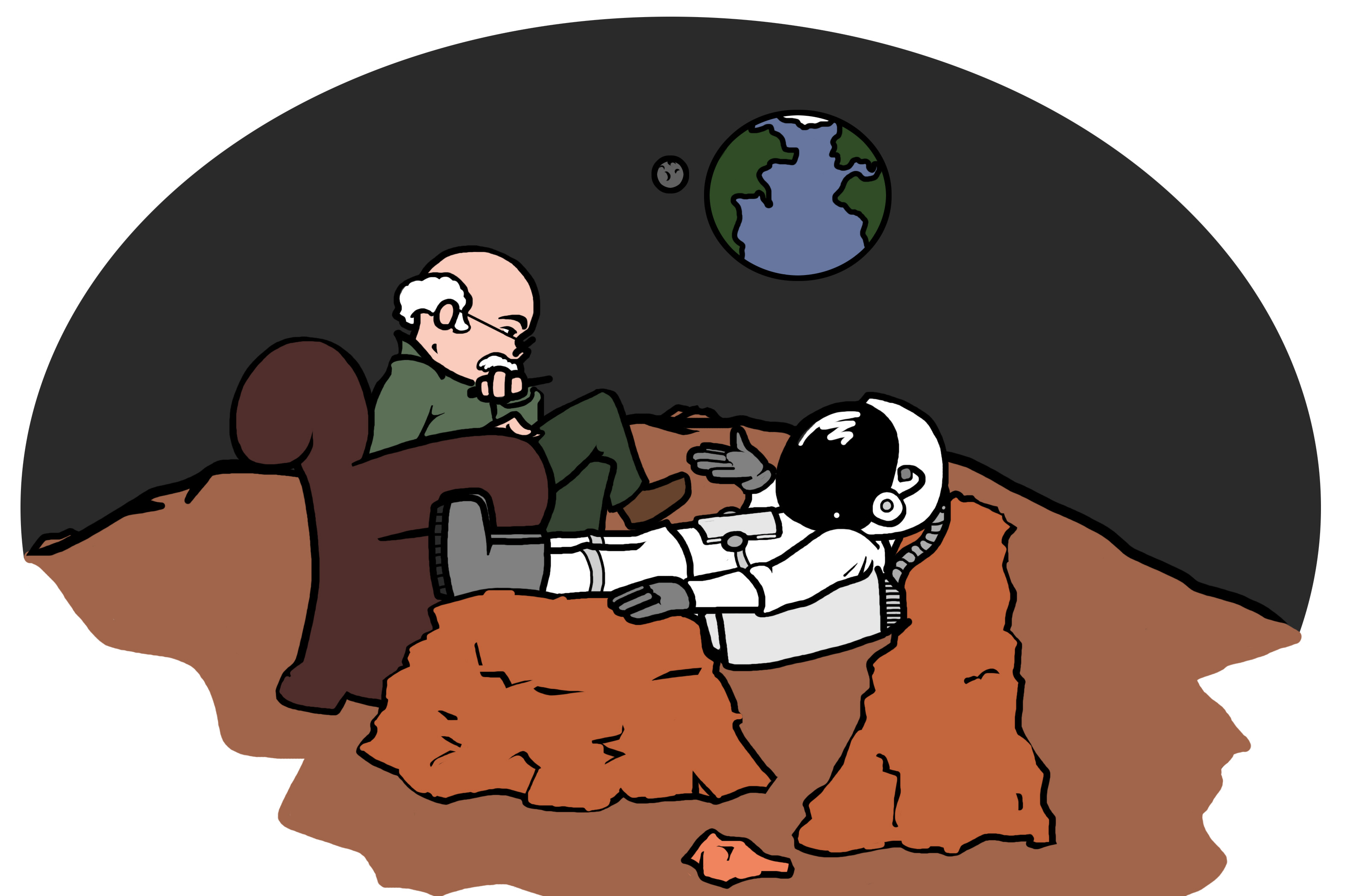 As many of you may know, the Mars One mission has passed the first phase of the selection process, narrowing down the pool of more than 200,000 to just 1,058 candidates. For these candidates this could be the most exciting adventure of their lives, and something they have been dreaming of for years. But critics are questioning the technical feasibility, cost overruns and ethical issues of this plan. These are all very important factors to consider, but one that may be slightly more overlooked are the psychological implications of the potential astronauts.

Dr. Judy Eaton, associate professor in psychology, explains that, “you can certainly mimic the situation or environment that they’re going to be in and see how they respond, but ultimately you don’t ever have 100 per cent confidence that you’re finding the right person.” It is a given that finding the right candidates will be key for the mission’s success, but what if there is no accurate way of doing this?

Running candidate Stephen Fenech from Toronto explains that the online application tested the psychological stability of the applicants’ through a series of essay-style questionnaires. These questions asked how the applicants would cope in a variety of situations. Fenech has just been told that he successfully passed through the medical examination, and the next examination will be further testing the candidates’ psychological stability. They have not yet been told what will go on during this examination, but Fenech says, “To be honest, I thought it would have been a little more extensive at this point in terms of the psychology aspect. It just seems, you know, like somebody could kind of get under the radar and hoodwink them.”

Keeping that in mind, even if all the astronauts are found to be completely psychologically stable, the conditions of the mission have many possible triggers that could bring on psychological issues. The flight alone will be 210 days of containment in an incredibly enclosed place, with no form of personal hygiene besides wet wipes, and constant noises from computers, ventilators and life support systems.

The mission also takes away the physical aspects of the astronauts’ personal relationships outside of one another. Eaton explains that the physical connection within relationships has many positive effects as it releases the hormone oxytocin (also nicknamed the cuddle hormone). Oxytocin is associated with happiness and is said to relieve anxiety. It plays a large role in creating a bond and trust within relationships, something that the astronauts will no longer be able to have or give to their loved ones on Earth.

The astronauts will be preparing for these possible issues and triggers through training simulations for three months out of each year. The simulation training is said to “invoke as many of the Mars conditions as possible.” Eaton explains that in reality, it can only be truly seen if the astronauts can handle these conditions when they are on the actual mission, since so little is known about what to expect. “Sometimes these [problems] don’t start to occur until many, many months and even a year after [the mission] started. No, I don’t think three months is long enough to really see what to expect in a life time of that kind of situation,” Eaton says.

Within phase three of the selection process the participants will be doing their training on live television and the audience will be the ones to select who will move on. Although Mars One experts will be choosing additional participants to move on as well, they are still putting the important decision of picking who is able enough for this mission into the hands of many people that may not have expertise in any way that could benefit their decision.

The two major risk categories outlined under the “Risks and Challenges” page of the Mars One official website are human life and cost overruns. Nowhere on this page are the minds of the astronauts said to be at risk. Death is the main risk, and money is the second. Money is put before the astronauts’ psychological stability. Eaton says that the most likely reason they did not include the psychological risks on this page is because they have no idea what psychological risks there are. This is an issue that can only be solved after the observation of pursuing the actual mission.

In a perfect world for Mars One, the astronauts will arrive on Mars alive and survive on the planet, all without going over the budget. But this perfect world still has unknown risks and challenges such as the psychological implications. Even the most effective testing and training may not be enough, but that is the risk that people like Fenech are willing to take.

2 thoughts on “The psychological aspects of the Mars One Mission”