The importance of sex education in Ontario 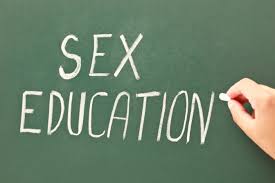 The truth is, many people, contrary to what television might tell you, do not experience the “sex talk” sit down with their parents, and even if they do, their parents are often not as open-minded as you might like to think. Many are into their teens before they understand the risks of unprotected sex beyond pregnancy, or are able to talk about masturbation without shame. This goes double for lesbian, gay or bisexual people, who are often excluded from these “basic” conversations about the birds and the bees. In conservative areas, frank conversations about sex might be put off even longer, if they exist at all.

Stephanie Morris, a seventh grade teacher in Barrie, said she did not experience much parental upset over the sex education curriculum.

“We did have the odd parent here and there that wouldn’t want their kid involved in the sexual education program.” Said Stephanie, “But those are parents, pretty much, who would’ve been opposed to any kind of sexual education regardless of how simple it was.”

Morris says that this generation’s involvement and reliance on social media brings a greater importance for sex-ed.

Morris said she’d like to see the issue of consent and safety addressed more strongly.

“We have a big reliance on the facts, with regards to sex education, but I guess, we need the idea of the responsibility of sex education.” Said Morris. “With all this stuff with Me Too that’s going on, there’s not enough of that perhaps that’s embedded in it.”

Under the current Ontario curriculum, sex education technically begins in grade 1, wherein students will be able to identify all body parts. Later, grade 7 students are taught about STIs, the emotional and physiological considerations that need to be taken with regards to sex, and the issue of consent. By grade eight, they are learning about contraceptives, sexual orientation, and what it means to be in a healthy sexual relationship.

Sexual education has a vital role in early education – schools have consistent contact with students, and are often their main source of social learning. Schooling during childhood and adolescence holds a unique position to teach students about safe and healthy sex, as stated by the Public Health Agency of Canada.