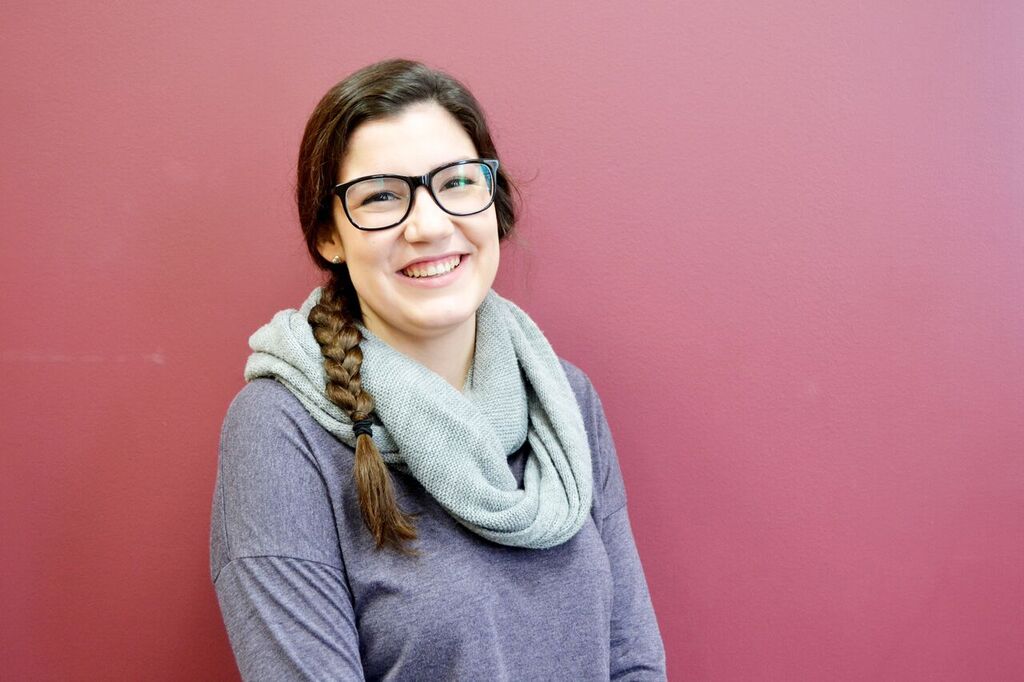 Hannah Gamblin – one of the members of  the Art Hawks Council

Who makes up the art hawks directors and what are all of your roles?

What year and program are you in?

When were the art hawks created?

Kayla: So last year was a pilot year where someone came up with the idea to have a first year leadership council based around the arts. Last year it was split into certain arts like drama and dance. It was basically headed by dons and it wasn’t a full council so this year we decided to make it into a first year leadership council. I hired the council this year with the help of the dons.

How can someone join the Art Hawks?

Hannah: To join Arts Hawks or any other first year leadership program, it’s an application process. It’s designated only for first years that live in residence so if a first year comes in Fall 2016, there’s an opportunity to apply then. Then you fill out the application and will get an interview if you are successful then you will be interviewed by someone like Kayla or someone from RAC (Residence Athletics Council).

What made you want to be apart of the Art Hawks?

Kelsey: I know for me in middle school and high school the arts were apart of my life. So when I came to university I was looking for a chance to still be involved in the arts. So when my don told me about Art Hawks it was an immediate, “I wanna be a part of that thing”.

What sets Art Hawks events apart from the other Leadership Councils?

Sean: Art Hawks is specifically focused on the arts and bringing art related programming to first year students. BRC and RAC have their own niches; BRC is where you plan in the residences and RAC is athletic based, but Art Hawks focuses on the arts and arts programming like coffee houses and movies nights. We want to focus on that aspect of it.

Do you have any upcoming events that you’re excited for?

Hannah: One that is currently in the works in the Masquerade arts night, which is going to consist of performances which are going to encompass as many art themes as we can. Things like dancing, theatre, singing, and our plan is to have all the money go to an arts based charity.

Do any of you have backgrounds in the arts? Like drawing, singing, dancing, etc

Hannah: I have a small, small, small background in dance, but that’s as artistic as I got. But I definitely think with Art Hawks you don’t have to be artistic to do it, as long as you’re willing to try and you have a starting point in it you can develop along the way.

Where do you see the Art Hawks at this time next year? What are three things that you think could change for the better?

Hannah: I personally would like to see more development as a council. We are the first year, and we’re developing it in our name and we want to see them do it more and plan bigger and better events than we could ever imagine.

Sean: Well, we just went to a training session at the Laurier Waterloo campus so it’s not too different, but I noticed with the Brantford campus specifically, I think due to it’s size, has a real community feel. I know a majority of the first year students that go here, but the Waterloo campus is a lot bigger so it’s a lot more separated, so they might not have that sense of community.

After you graduate, would consider doing something like Art Hawks again?

Kelsey: I’m in the social working program and I know a part of it is bringing things to different populations of people and helping them out. I would love to do something involving the arts and bringing in the arts and kind of exploring how the arts could help people in different situations, because I’m a big believer in that.

Check out the Art Hawks on Facebook at https://www.facebook.com/laurierbrantfordarthawks/?fref=ts