The face that launched an Internet revolution 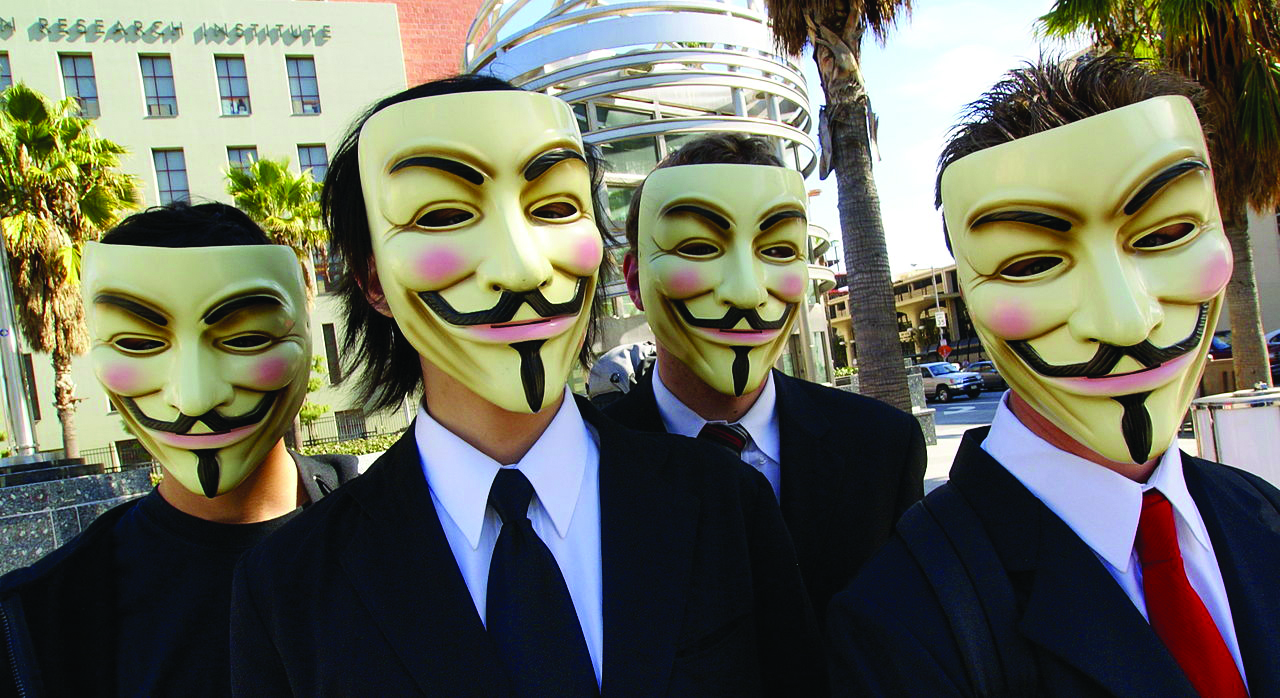 “With Anonymous, there is no authorship. Their claim is no more valid than the individual’s claim to existence,” a soft, soothing male voice tells me, slightly muffled behind a Guy Fawkes mask, “They are simply a spark, but not the fire.”

Anonymous is composed of people around the world who oppose Internet censorship and surveillance, government-imposed oppression, and all-around citizen injustice. They claim to be you and me. They have been referred to as “anarchic cyber-guerrillas.”

In their quest to remove censorship from the Internet, Anonymous has attacked the International Federation of the Phonographic Industry, the US Department of Justice, and the Federal Bureau of Investigation after sites such as The Pirate Bay and Megaupload were placed under investigation for providing file-sharing services.

The group has a well-voiced hatred for the Westboro Baptist Church, an independent Baptist church in Kansas that is highly against gay people. In 2011, Anonymous released several videos to combat the church’s preaches against homosexuality. Anonymous also fought Westboro’s plan to picket the funerals of the victims of the school shooting in Newtown, Connecticut.

But with anonymity comes a lack of accountability.

According to Laurier Brantford Criminology professor Andrew Welsh, there are two ways to look at Anonymous’ acts. They are either violating criminal law or they are acting against neoliberalism, the government’s practices that take on their own personal interests.

Media in Canada are owned by a small number of companies, including Shaw, Rogers, CTVglobemedia, Astral, Newcap, Quebecor, and the Canadian Broadcasting Corporation. Because of this small area of representation, the public does not hear many marginalized views. Anonymous takes the role of providing a venue for people to get messages that are not considered mainstream.

Anonymous, though, is still acting like any of Canada’s few media companies by picking and choosing what to show the public from their various social media platforms.

After the announcement from Westboro in which they planned to picket the funerals, Anonymous released the home and work addresses, phone numbers, and email addresses of members of the church.

“This is the unfortunate reality in a democracy where you have freedom of expression,” says Welsh, “People are going to say stupid things and believe stupid things.”

In some cases, lives have been put in danger due to false information released by Anonymous. After Amanda Todd’s suicide in 2012, Anonymous worked to release the personal information of who they believed to be her stalker, only to claim the address of a resident who quickly reported the false accusation to the media.

Welsh explains that others should not be punished for the inconsiderate acts committed by one person. The children of Westboro members could potentially be in positions of danger after their personal information has been publicly released.

Yet their actions also empower those whose lives are in danger.

On November 30, Anonymous shut down websites belong to the Syrian government, a day after the government was believed to have instilled an Internet blackout to silence Syrian civil war oppositionists.

In a time where the ways that we can output information are, indeed, being constantly limited by higher authority, Anonymous appears as an Internet vigilante. But just as we were taught not to talk to strangers as children, a group of masked men and women tell us what is and is not wrong with society, and we listen.