The evolution of the hero’s journey 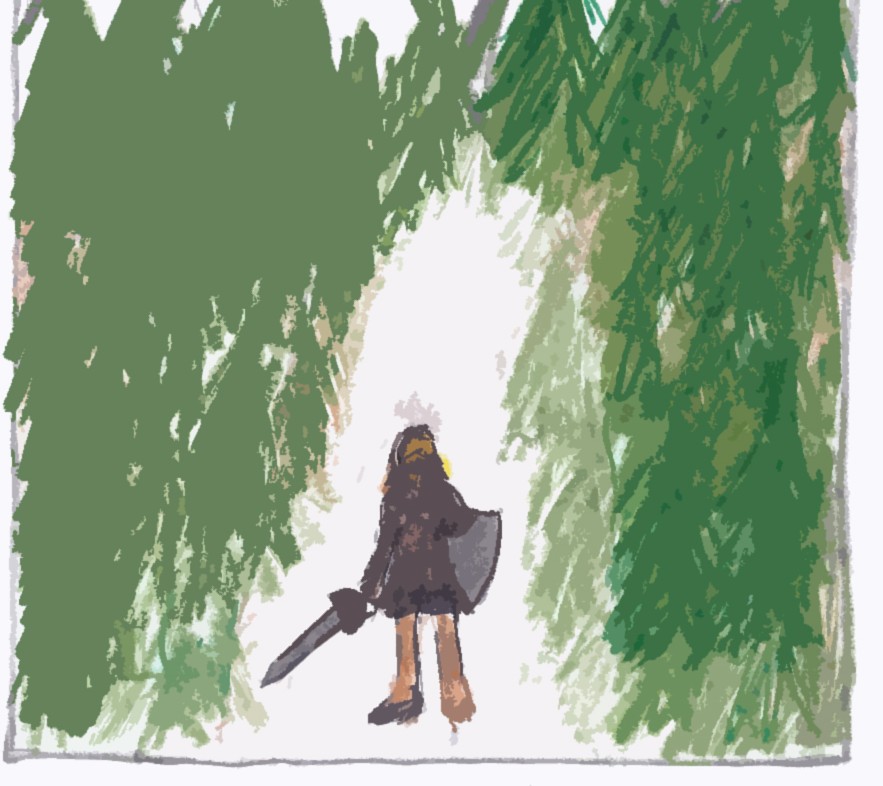 Call to adventure. Meeting the mentor. Road of trials. First Threshold. Ordeal. Second Threshold. Realization. Third Threshold. Showdown. Resolution and freedom to live: This is the most basic form of the hero’s journey, an archetype that is used in every storytelling medium.

Some examples of films, movies, and books that follow the hero’s journey are Star Wars, The Hobbit, The Bible, and most Disney movies. Like everything in modern day media, the hero’s journey is under constant restructuring and under criticism. Some say that it’s overused, and irrelevant to modern day storytelling, while others argue that it is a formula that simply never gets old. Regardless of your viewpoint, the indisputable fact is that the hero’s journey is evolving and changing as time goes on.

“I’m someone who – in the arts – the arts that I make and the art that I see, I’m seeing the effects of postmodernism, and I feel like that has poked a lot of holes in the traditional study of archetypes and spirituality,” says Manon Manavit, a Philadelphia-based theatre director. “Modernism is over, post modernism is at its peak and perhaps already over, and trans-modernism is the new counter culture. It’s a movement that is trying to infuse spirituality, and any notion of a soul, back into the artistic pop culture.”

Art, due to constant stress, is always changing and morphing, and artists follow suit. Artistic styles rarely come back into the public eye after departing from the mainstream, but when a style does come back it usually incorporates an air of parody with it. Some examples include propaganda – style posters, or a mockery of social modernism. When art changes, it takes on newly relevant societal issues and adopts new media, and some artists fear they will not be able to cope with the new style.

“The hero’s journey is relevant no matter what,” says Manavit. “I’ve come up with the term ‘neo-symbolism’ for my theatre company. It’s the descriptor of what we do, and it’s because the study of man and his symbols has affected me so deeply. If you ask me what new-symbolism means, it’s a movement that is inspired by the original symbolist movement at the turn of the 20th century, and now its relevant again in the new millennia. It’s the new evolution of symbolism.”

Simply put, there are some things in the artistic world that evolve with the times due to their pre-defined nature in the previous style or the ingrained history within art. However, the hero’s journey has been part of literary, theatre, and filmic art for decades and would be difficult to leave behind completely. Instead, the art evolves, taking on new forms, such as the anti-hero’s journey, or the expanded hero’s journey. Some theories in art will always be present, and relevant.

“On stage I’m against naturalism, I’m against realism, I like to play with dreams and archetypes and symbols and I don’t assume they are universal: they are by their definition arbitrary. So I try to access personal meaning through the essence of what the story is: folklore, mythology, tragedy. Even if it’s a true story I just try to find what’s meaningful about it.” says Manavit.

“A linear narrative is something that postmodernism has done away with, and yet it represents the life cycle of all of people, of discovery, of coming of age, of changes, solitude so on and so forth until death. Joseph Campbell made it very clear, you don’t have to be a king, you don’t have to be noble in any way for any of this to make sense – it’s basically the essence of a person.” Says Manavit, “We are all the heroes of our own story.”

Manon Manavit, and her company Humble Treasure Productions (HTP), are currently developing a new play about the life and times of St. Rita of Cascia called Lovely Rita, and are in rehearsal for an absurdist-surrealist/conceptual dinner party-performance that will take place on May 1st at Philadelphia’s Little Berlin gallery. They most recently collaborated with writer Mari Shaw to produce Painter and Pataphysician Thomas Chimes, a Dadaist performance/reading inspired by the prolific Philadelphia painter.