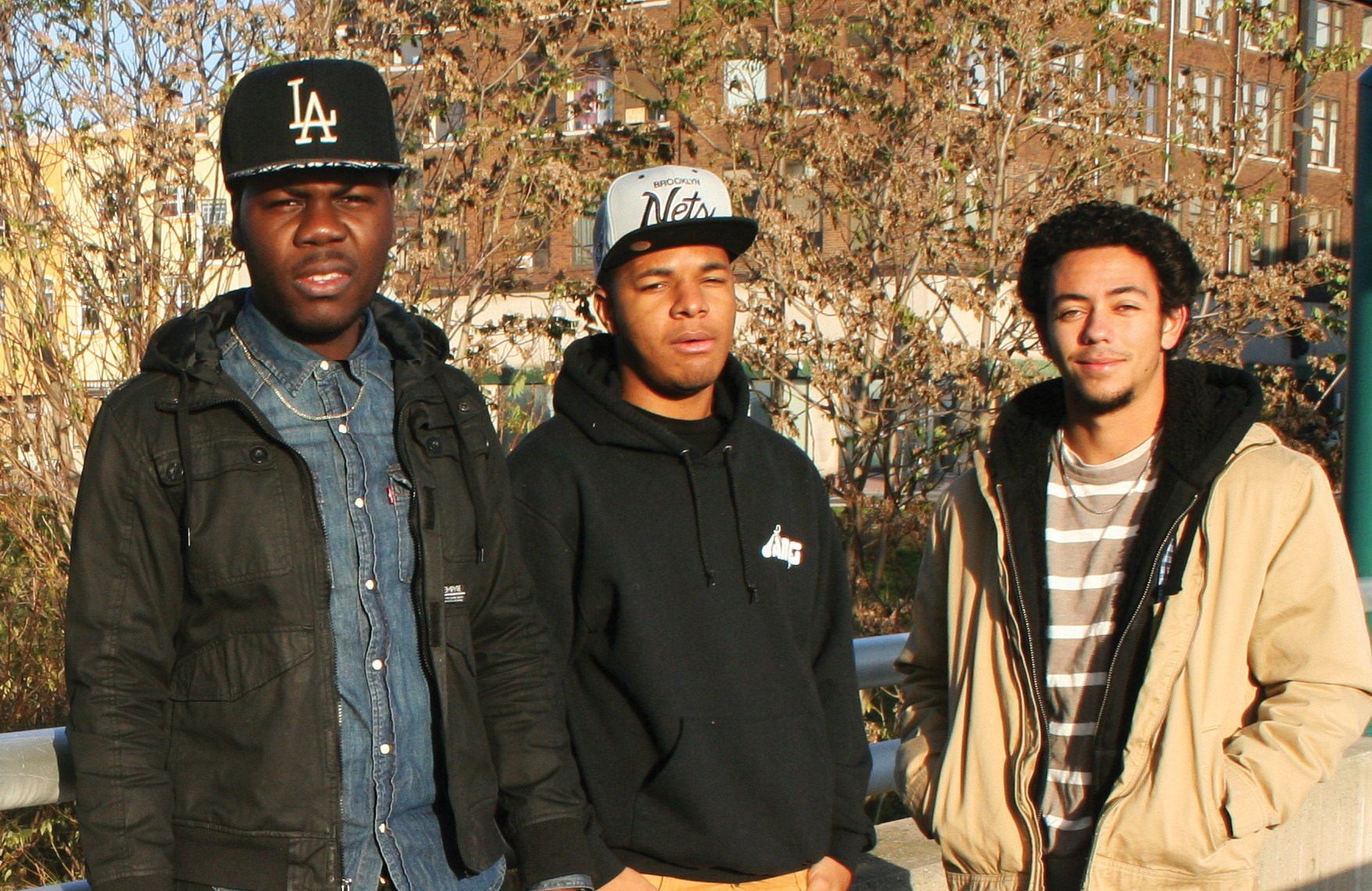 Ambition Music Group (AMG) is a group consisting of three Laurier Brantford students: Martin Pitt, Brandon Pakeman and Taj Johnson. The three are in school for various programs, including Leadership, Criminology and Law, but their real passion is the rap game. The trio has been producing music together and solo for about a year and they have no plans on stopping in the near future. Read on to learn all about your fellow students in AMG.

When did you start AMG? Who were the founding members?

Brandon: AMG came together in second year. I’ll never forget Martin coming up to me in the Laurier gym and saying, “I heard you’re pretty dope at rapping maybe you could show me the ropes” [laughs]. All in all we met up and recorded our first song together and from then on we’ve been grinding it out. From there, Martin and I came up with the idea to create a group and start making our dream into reality.

Martin: For the record, I never said that! We started around the beginning of second year. I always had a passion for music and was making beats on the side, but never really thought about pursuing it. After I linked up with Taj and Pakeman for a couple sessions I realized the potential, and we really started taking it seriously.

Who are your largest musical and non-musical influences?

Martin: I grew up listening to everything you can imagine; my dad had a big record collection so you hear everything from classical to soul music in my house. People are always surprised when they listen to my iPod cause it’ll go from “In Da Club” to Led Zepplin on the same playlist. It’s good to have an appreciation for all of it, man. I’d have to say my biggest rap influences are underground rapper Blu, Lupe Fiasco, Drake and Kanye West.

Brandon: That’s a good question. I’d have to say reggae had a huge impact on me not only musically, but also spiritually. I still remember when I was younger waking up in the morning to Marley, incense burning in the living room and the sweet smell of home cooked food rolling down the hallway. Within that small co-op house in Scarborough is where I really laid the foundation for music and I’m really blessed to have parents who, at an early age, taught me the value that it’s more important to feel rich than to be rich. In terms of artists themselves, Tupac has always been at the top of the list for influential artists.

Taj: Michael Jackson, Sam Cooke, Usher, Chris Brown, John Legend, [and] The Weeknd. Non-musical: Warren Buffet because of his willpower, Robert Kiyosaki because of his unorthodox formula for becoming successful, [and] my parents because of the life lessons they teach me each and every day.

Is school a fallback plan, or is music just something you plan on doing until you graduate?

Martin: I’m planning to finish my degree; from there we’ll see. I’m really making a push to get into music whether it’s as an artist or producer. I respect people who work 9 to 5 and making a living just doing what they have to do, but I can never see myself there. Everybody’s a ‘rapper’ or ‘artist’ these days so when you say that’s your dream a lot of people don’t take you too seriously. Regardless, I’m working real hard and know that our time is coming.

Brandon: My parents wouldn’t like to hear this but yes, school has become somewhat of a backup plan.

Taj: I believe that everyone should receive an education because it’s important to be intellectual and articulate. However, I’m never going to stop singing and writing and I believe that with our talent we have the ability to have our voices heard.

What are your immediate career goals?

Martin: Getting a beat to a major artist is high on my list. I was in Toronto talking to Drake’s producer Boi 1da two weeks ago and gave him some beats. Producing for Drake would be crazy.

Brandon: Right now I’m just going with the flow of things and we’ll see where that takes me.

Taj: My goal is to become a professional singer/ songwriter.

How do you balance musician life with student life?

Martin: I don’t. It gets tough around exams, but I always keep it balanced.

Brandon: Wipe the sleep out your eyes and keep going. As P Diddy said, “If your eyes aren’t red, you aren’t working hard enough”. Sometimes it means working on a paper till 11 p.m., then kicking back to a beat and writing until 3 or 4 in the morning.

Taj: We put a lot of time into our studies in order to keep good GPAs, but we get together a couple of times a week to work on our music, as well as work on songs on our own time.

Martin: Boxers. For sure.