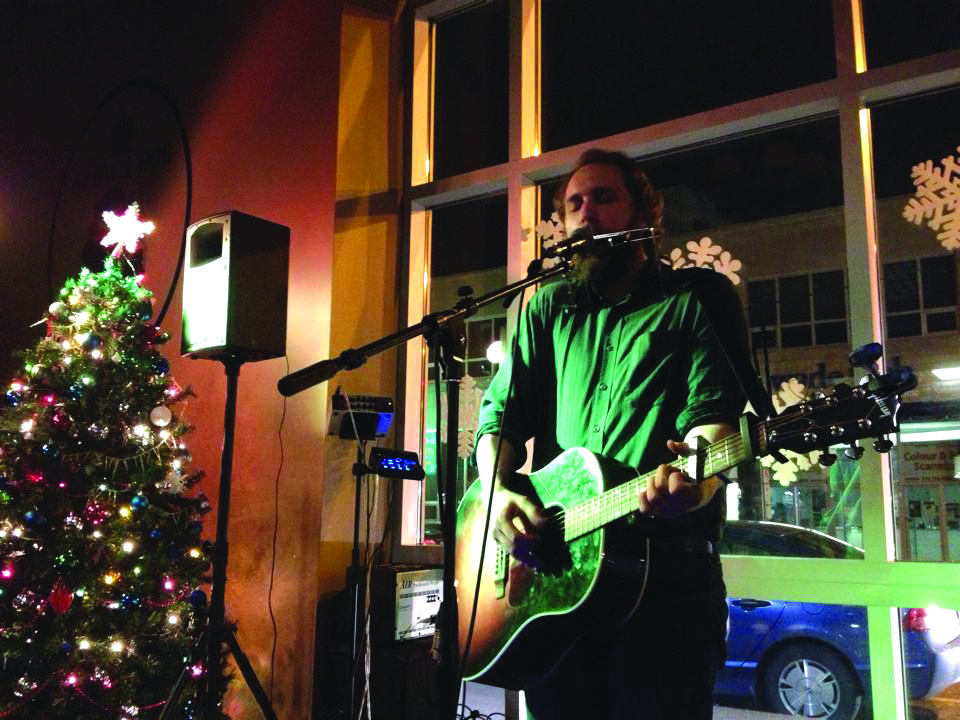 Craig Cardiff is a Canadian folk musician, who is celebrated from coast to coast. Cardiff’s smooth vocals and acoustic guitar landed him two nominations in 2012, for a Juno and Canadian Folk Music award.  For the past few years, Cardiff has been collecting inspiration in a unique way at his shows—The Book of Truths. At every show, audience members write down their secrets about life, love, sex and everything in between. If it’s juicy enough, he might write a song about it. Craig Cardiff is not only a busy musician at the studio, but he also travels across the country delivering workshops at various schools and camps. Not only does he embrace his talent as a Canadian musician, as he is always releasing new content, but he shares it with others as well.  Craig Cardiff is a dynamic musician, who is always challenging himself and gracefully accepting challenges from others. He has graced the Canadian music scene with his presence for years, and is showing no signs of slowing.

I read that you recorded an album entirely on an iPod touch, is this true? How did you make that happen?

True.  I recorded the album Mistletoe using the most obtuse recording program available for the iPod and was strict about using the white headphone mic. There but for the grace of duct tape and over dubs did the album occur.

You mentioned that producers push you creatively, do you like giving up creative control? Or are you still a bit resistant when it comes to changing your sound?

No one likes giving up creative control – I’m trying to do it more gracefully with each project.  [A]lways surround yourself with good, creative types who won’t let something just be good, but will push it until its great.

Please talk a little bit about The Book of Truths. Is the audience ok with you turning their stories into songs? How much of Craig are we getting in the songs and how much is stories from strangers?

I have no idea if people are OK with me turning bits from the books into songs – the truth is that there are often so many people talking about similar hard / joyful things that I can claim creative license to a degree.

It’s a fascinating conversation – audience talking to anonymous audience, traveling from city to city, province to province – I feel more like a curator of the whole thing – I’m hoping other artists will start doing it too.

I don’t feel any pressure at all.  Just lucky to have people coming to shows, and buying the music, to help keep the wheels on the wagon.

What kind of help have you gotten throughout your musical career? Grants? Pledge campaigns?

I’ve been lucky to get all types of help – all the kinds you mentioned. The most valuable, bar none, is always the person in a city I’ve never heard of who writes and says, “I like your music, I want you to play here,” and we end up working on a show together.

Love is Louder (Than All This Noise) was a two parter that pushed out of your usual routine. Is this something you would be willing to do again? Would you mix an album with full band songs and acoustic songs?

Certainly.  Songs are breathing living creatures – they deserve to be dressed differently.

Your songs shed light on the human condition. What is humanity to you? What is it that separates human beings from menial animalism?

How do your shows differ across the country? Are your shows in Newfoundland different from shows in BC? Why?

The boxes that hold the shows change, but the people are always lovely.  Especially the singeralongers.

Musically and artistically, who is inspiring you right now?

Katy Perry, because my daughter plays her so much.

How does living in Arnprior, an 8000 population town, affect or inspire your music?

I feel lucky to live there – lots of great people, amazing neighbours, close to Ottawa. Every place is as good or as terrible as we see it to be – I think Arnprior is pretty great.