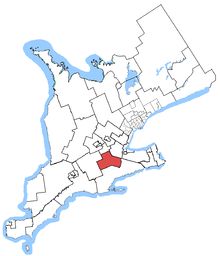 The polls are in and Ontario has once again elected the Liberal party to lead Provincial Parliament. Voting took place on Oct. 6 and at the end of the day the Liberals won the provincial election for the third consecutive time.
Change was evident in the results though. The Liberals secured 53 seats, coming up one short of a majority government. The Progressive Conservatives secured 37 seats, a much closer second than in pervious years and with 17 seats the NDP nearly doubled their presence in provincial parliament.
Running on a platform which included creating jobs, cutting tuition, and reducing bills, leader Dalton McGuinty and the Liberals saw their support flagging.
His administration has had issues with public trust ever since he broke a promise not to raise taxes after the 2003 election. Despite these hiccups McGuinty is once again Ontario’s premier, only the second Liberal to receive the position three times consecutively.
In an election which had a record low voter turnout of 48.3 per cent, the Liberals finished with 17 fewer seats than they had previously won. A large number of those seats went to the NDP who hold a record high 17 seats for the party. This is reflective of the large increase in popularity the NDP saw during the recent federal election, most of which occured in Quebec but some of which was also felt in Ontario.
The rest of the seats that the Liberals lost went to Tim Hudak and the Conservatives. Running on a platform of reduced expenses and senior support, the PC Party managed to deprive the Liberals of a majority government but failed to take the election. This was Hudak’s first election as the party leader. Hudak has been a member of the PC Party for a number of years and his wife served as a senior advisor to Mike Harris. His views on abortion and prison inmate labour were quite controversial throughout the election campaign.
The NDP were also led through this election by a first time party leader.
Andrea Horwath has been a member of the provincial NDP party since 2004, when her victory in a by-election resulted in the NDP holding enough seats to regain official party status. Horwath became leader of the Ontario NDPs in 2009.
Brantfords election mirrored that of the province.
After a remarkably clean and amicable campaign from all candidates, Liberal incumbent Dave Levac has held onto his seat by a narrow margin against Conservative Michael St. Amant.
Levac took the riding with just over one thousand more votes than that of St. Amant. NDP candidate Brian Van Tilborg brought up a respectable third with 10,948 votes and the Green Party’s Ken Burns trailed in fourth place with 957 votes.
Candidates Martin Sitko, Daniel Hockley, Rob Ferguson, and Dustin Jenner all came within 110 votes of one another straddling 200. Placing last was John Turmel with a meagre 87 votes.
Incumbent Levac has held the position of Brant MPP since 1999. Since that time he has placed a strong focus on education, due in no small part to his background as a teacher and principal in the Brantford area.
Levac has generally followed party policy and is a strong supporter of tuition cuts. Levac did spark some controversy during the campaign when he twice misspoke during a televised debate and indicated that the Liberals had plans to implement a carbon tax, something they have long denied.
Conservatives were quick to jump on this slip but Liberals maintained that it was a simple accident. Voters will now have to wait and see whether or not Liberals will enforce a carbon tax and how they will follow through on their campaign promises, particularly those related to job creation and tuition.