In the wake of the 12 7.0 magnitude devastating earthquake that hit Haiti in January, the capital city of Port-an-Prince has been left in shambles. Thousands are dead and 200,000+ have been left homeless. With more than an estimated three million people being affected by the disaster, support from around the globe has been offered. The Laurier Brantford community has been quick to reach out to the devastated island nation, including the efforts of university bookstore supervisor, Jen Brickman.

Brickman has just returned from her fourth volunteer visit to Limbe, Haiti at the Hopital Bon Samaritan (HBS). She left with her parents and significant other on March 6 to assist HBS and the orphanage located within the hospital, arriving on March 9.

“The Haitian people are doing well, mostly just saddened with the loss of family members and friends. They realize they must keep going and living,” said Brickman via email from Haiti.

Limbe is 18 miles northeast of Cap Haitian, where Brickman and her family flew into. Cap Haitian is roughly 140 miles north of Port-au-Prince. The biggest impact for HBS, according to Brickman, is the increase in patients who are coming from the south for medical treatment. 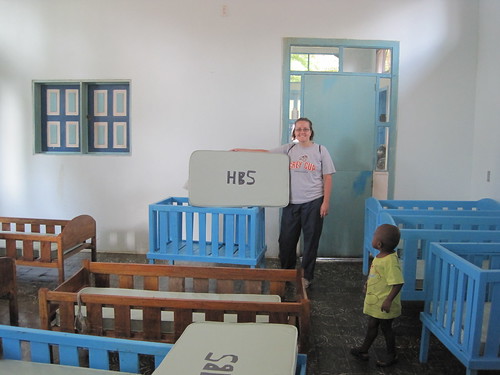 Limbe was not directly hit by the earthquake or aftershocks, but it now swells with an influx of people affected by the disaster. Brickman said that there were 10 temporary volunteers at the hospital, including her family, which is more than the HBS has ever seen.

One particularly moving story Brickman has encountered was from a plumber, Tiko, who lost his son in the earthquake.

“He went down to Port-au-Prince to try and find his body, and couldn’t,” she explained. “He walked all across the city and saw unimaginable things. Listening to story like that is different and very moving.”

In the last couple of weeks, Brickman and her mother, Marg, have worked in the Kia Mira orphanage each morning, helping feed the children and walking them around the compound. They also work together to sort through the donations received and put them in the various depots and storage areas. Brickman had been sorting through the “overwhelming” influx of medical supplies as well. Her father, Jim, and her significant other, Phil Kitchen, spent much of their time painting and developing the area’s infrastructure, such as the main water pump. 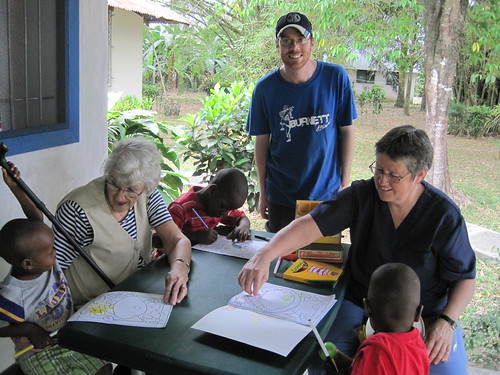 The Laurier Brantford bookstore has been able to contribute approximately $1000 in the past year to Hopital Bon Samaritan in Limbe. The donations come from the year-round front counter bucket in the store, as well as from the staff-faculty Christmas party auction, and personal donations from staff and faculty.

“This money is a huge help for many things,” said Brickman. “New mattresses for the orphanage arrived this week – just one of the many projects on the go.”
One major project in Limbe close to Brickman’s heart is the foster home, Hodges House. Named after HBS founder, William Hodges, Hodges House currently has “three high functioning children” from HBS, and two children still in the orphanage, Reese and Luvens. The boys will be moved into Hodges House together with two house mothers.

“Shawn, the boss, needs to hire one more house mother and then the place will be ready,” said Brickman.

Brickman, along with the house mother and Shawn, has worked a lot on the house to make it more ‘homey’, bringing framed pictures to hang around the house.

According to the Hopital Bon Samaritan website, there has been an increase in re-migration, as the number of people looking for health care grows. Each day, the hospital receives word of more missing people as chaos is still ongoing.
Haiti faces a long and different road ahead. The focus for major donation sites and humanitarian operations is bringing in additional medical care, clean water and the distribution of relief items. So far, the Canadian Red Cross has responded with approximately 40 million litres of water being produced and distributed since the earthquake struck. There has also been 4400 metric tonnes of supplies shipped to Haiti for relief efforts, as well as treating over 62,000 people. Their next project is to build proper shelters for families as the rainy season begins soon.