A crane tipped over today in downtown Brantford, trapping one crew worker twenty feet off the ground for nearly a half hour. The crew was attempting to mount a large, outdoor sign on the side of the Charlotte Villa seniors’ home at the corner of Darling St. and Charlotte St. when, at approximately 2:20 pm, the cherry picker edged too close to a small slope and took a tumble. One worker was in the bucket at the time, and crouched in waiting for nearly 30 minutes until he was rescued by the Brantford Fire Department without incident. Shortly after emergency services arrived, the Ministry of Labour conducted a “thorough review,” as stated in an email by Revera Communications Co-ordinator, Lauren Watchorn. Revera owns Charlotte Villa. 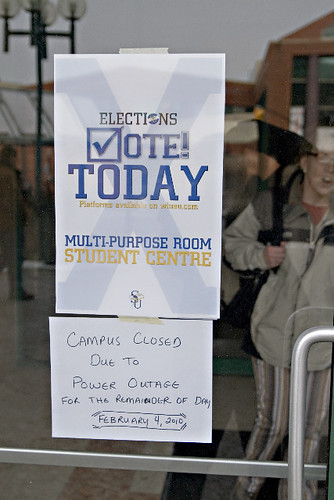 The crane’s extended arm and bucket came to a rest against overhead wires, which exploded under the strain and shut down power in the downtown core. The affected grid was between Nelson St. and Colborne St., and stretched between Harmony Square and Clarence St. Most power was restored by 3:00 pm, while residents two blocks north of Darling St. had to wait an additional two hours. 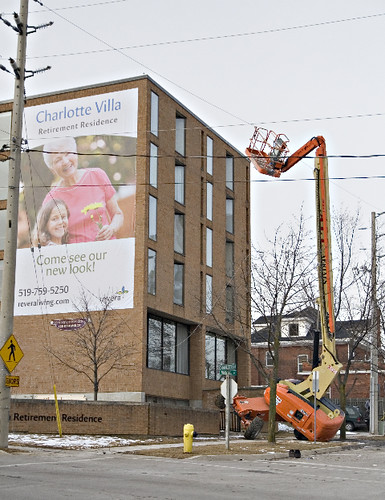 As a result of the power outage, Laurier canceled its classes for the remainder of the day. There were some initial concerns that the day’s WLUSU elections would also be canceled, but election officials were quick to assure voters that ballots could be cast until 8:00 pm. All scheduled meetings and examinations were also canceled, and deadlines for assignments and other submissions were postponed until Friday.