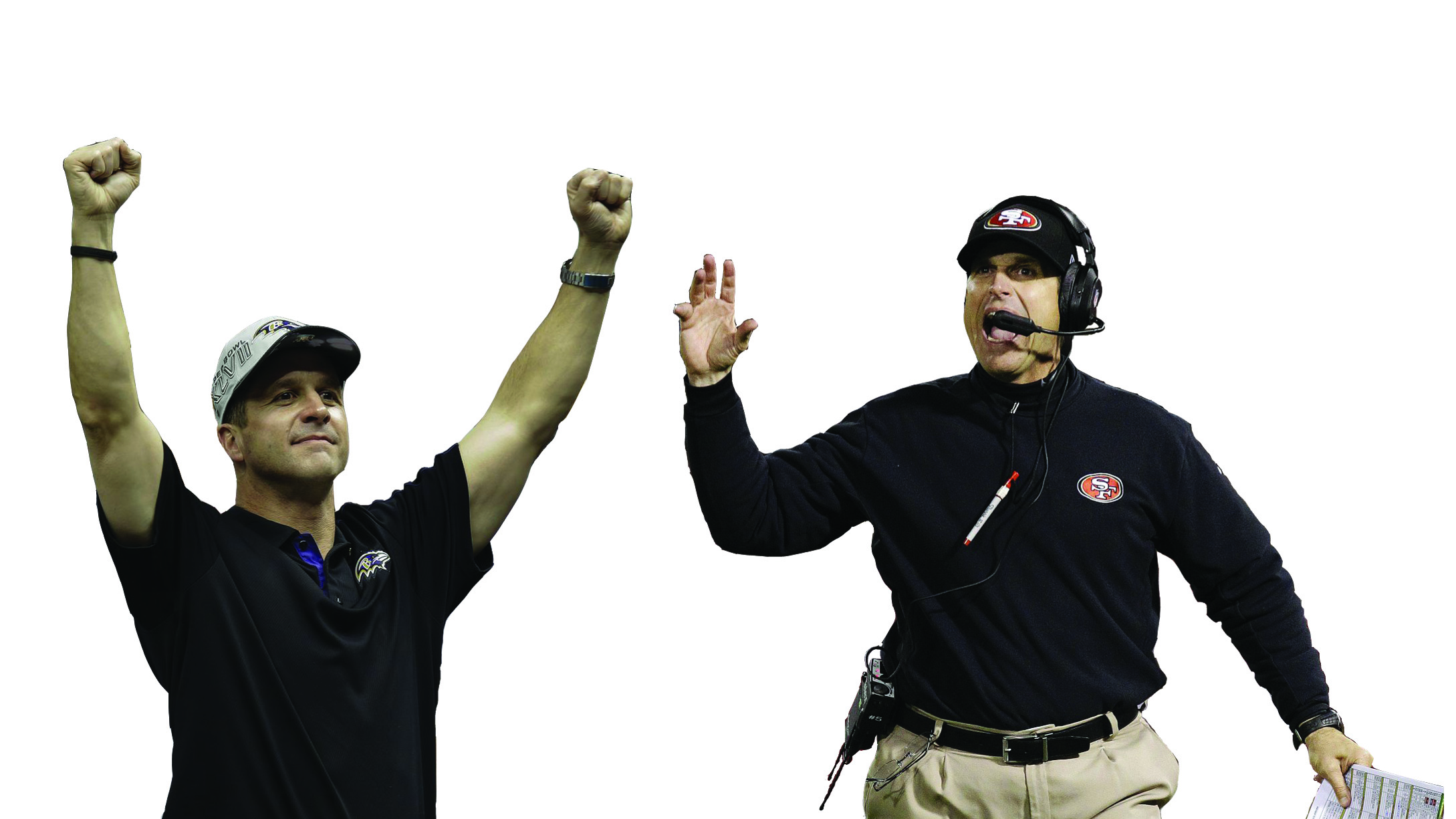 Whether it is on the playground, the field or the ice, everyone has those moments, staring down their sibling, fire burning in their eyes to beat them. The Harbaughs are no longer kids on the playground, but the goal remained the same: I must win and show my brother I’m better than him.

For the first time ever in the Super Bowl, two brothers were on opposite ends of the sidelines, Jim Harbaugh coaching the San Francisco 49ers and older brother (by nine months) John coaching the Baltimore Ravens.

Regardless of how close you are, that has to create some tension and surely cannot be treated as simply “another game”. Even if only for an instant, you look over to that sideline and see someone you grew up with and think, “I’m going to have to crush my brother’s dream.”

And crush it John did, after the Ravens defeated the 49ers 34-31. A late decision to leave the punter running around in the end zone to kill time and surrender a two-point safety instead of kicking the ball away on fourth down, surely would have not suggested brotherly love. But winning obviously trumps love.

“I could never play easy against my brother because he’s better than me at soccer. I had to try my heart out,” said Izirein.

He relishes the opportunity to beat him and would always rather have it that way than by playing on the same side.

“I would have rather been on the opposite team, though. Just so if I could get the opportunity to score on him when [his brother] is goalie,” said Izirein.

Many siblings are playing on the same team these days, however. 2012 has seen its fair share of sibling pair-ups.

Jordan Staal joined brother Eric in Carolina after being traded from the Pittsburgh Penguins during the NHL Draft in June; outfielder Justin Upton was traded to the Atlanta Braves, joining his older brother B.J.; and tennis superstars Venus and Serena Williams paired up to win the women’s doubles tournament at Wimbledon.

Although both brothers have not both now received football rings such as fellow NFL brothers Peyton and Eli Manning, there is no doubting that Jim Harbaugh isn’t much less successful than John. In only his second season, he has lead San Francisco to the Super Bowl.

I’m sure as the purple confetti fell onto the field at Mercedes-Benz Superdome in New Orleans this would mean nothing to him – he didn’t achieve his goal.

But even once they embraced at the end of the game and that bittersweet moment of losing really sunk in, that fire and drive that only the rivalry between two siblings can produce grows.

Just like on the playground the next day, there is always more to prove. Sibling supremacy is on the line, and with the teams both Jim and John Harbaugh have built; I wouldn’t be surprised to see this family showdown again.