Should fighting be eliminated from hockey? 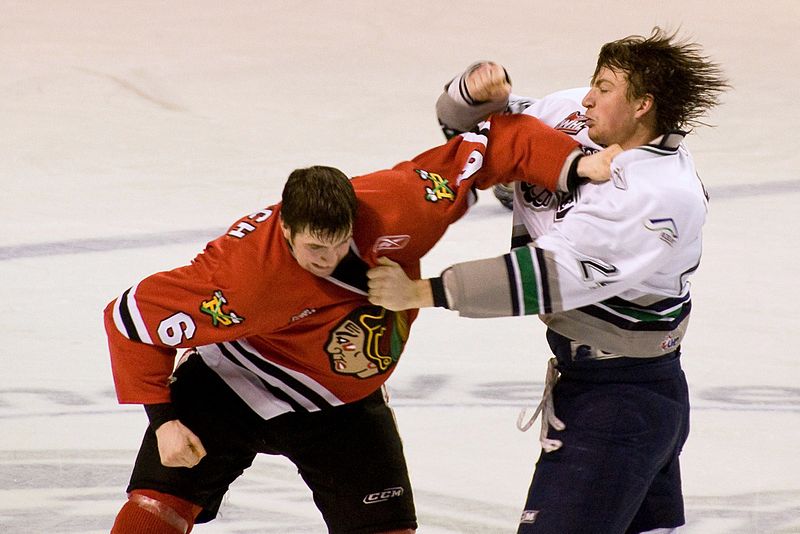 Whether you have played the game, are a hardcore fan or simply watch the game casually, every person knows about the fighting debate.

The debate rages day and night over whether fighting should be removed from the sport of hockey. There are tried and true arguments on both sides of the debate, so let’s take a look.

People who are against fighting in hockey have some strong arguments to make. A common theme is that fighting takes away from the true skill of the game and doesn’t do anything to benefit it overall.  There are a couple solid arguments to prove this.

The 1972 Summit Series is usually the first one you hear about. It was played between the former Soviet Union and Canada. The Canadians came into the series expecting to fight and hit the Russian team into submission with ease.

They were in for a surprise when the Russians wanted no part of their fighting style. Instead, they decided to use their skill to cut through the Canadian ranks and make the series highly competitive. The Canadians won the Summit Series in the end, but their style of play was forever changed. They realized that you don’t need to fight to be able to win.

A professional hockey player only has a small window for his career. If you are lucky, you can break into the league as an 18 or 19-year-old rookie and play until the ripe old age of 35. There are a few notable examples of players who continue playing into their early 40s, but those are the exceptions.  As a player you have a very small window to make your money and play the game you love.

Why would you jeopardize your chances by potentially getting hurt for a long stretch, or even worse, having an injury end your career? Nick Kypreos, now a hockey analyst for Sportsnet, is a prime example. He fought his way into the league, displaying a lot more grit than skill.

He made his living as an enforcer and that was what ultimately ended his career. He got knocked out in a fight by Ryan Vanden Bussche of the New York Rangers during a pre-season game. His head hit the ice and his career was over in the blink of an eye.

Blake Ralston, one of the assistant captains of Laurier Brantford’s extramural hockey team, weighs in on whether fighting has a place in hockey or not. “I believe fighting is always going to be a part of the game, and has been since hockey started. But, I feel like staged fights do not belong.”

Ralston further explained, “There’s a difference between staged fights and spur of the moment fights. For a staged fight, all the players do is go out there, fight and then sit on the bench. But spur of the moment fights are good for the game. They are usually not done by an enforcer whose only job is to fight. They definitely bring a lot more depth and excitement to the game.”

I believe that Ralston is right. Staged fights in hockey have no place in the game today. I’ll take it a step further by saying that one dimensional enforcer type players do not deserve to earn a spot in an NHL line-up.

There’s also the issue of superstars fighting. Connor McDavid, considered by many to be the next NHL phenom, was recently involved in a fight during an OHL game between the Erie Otters and Mississauga Steelheads. The end result saw McDavid break a bone in his hand and potentially lose his roster spot playing for Team Canada at the World Junior Championships.

McDavid has been a target for a long time; I understand why he decided to drop the gloves. But a player like that shouldn’t have to fight. Get a teammate to stick up for him. He’s much more valuable on the ice scoring than he is sitting in the sin bin. Fans want to see McDavid play, not be in the box, or worse, on the injured list.

When two players are competing hard and the tempers flare, or one teammate stands up for another, it’s perfectly acceptable. Fighting is a staple in hockey and it isn’t going to go away anytime soon; it’s a matter of keeping it clean and protecting the superstars.