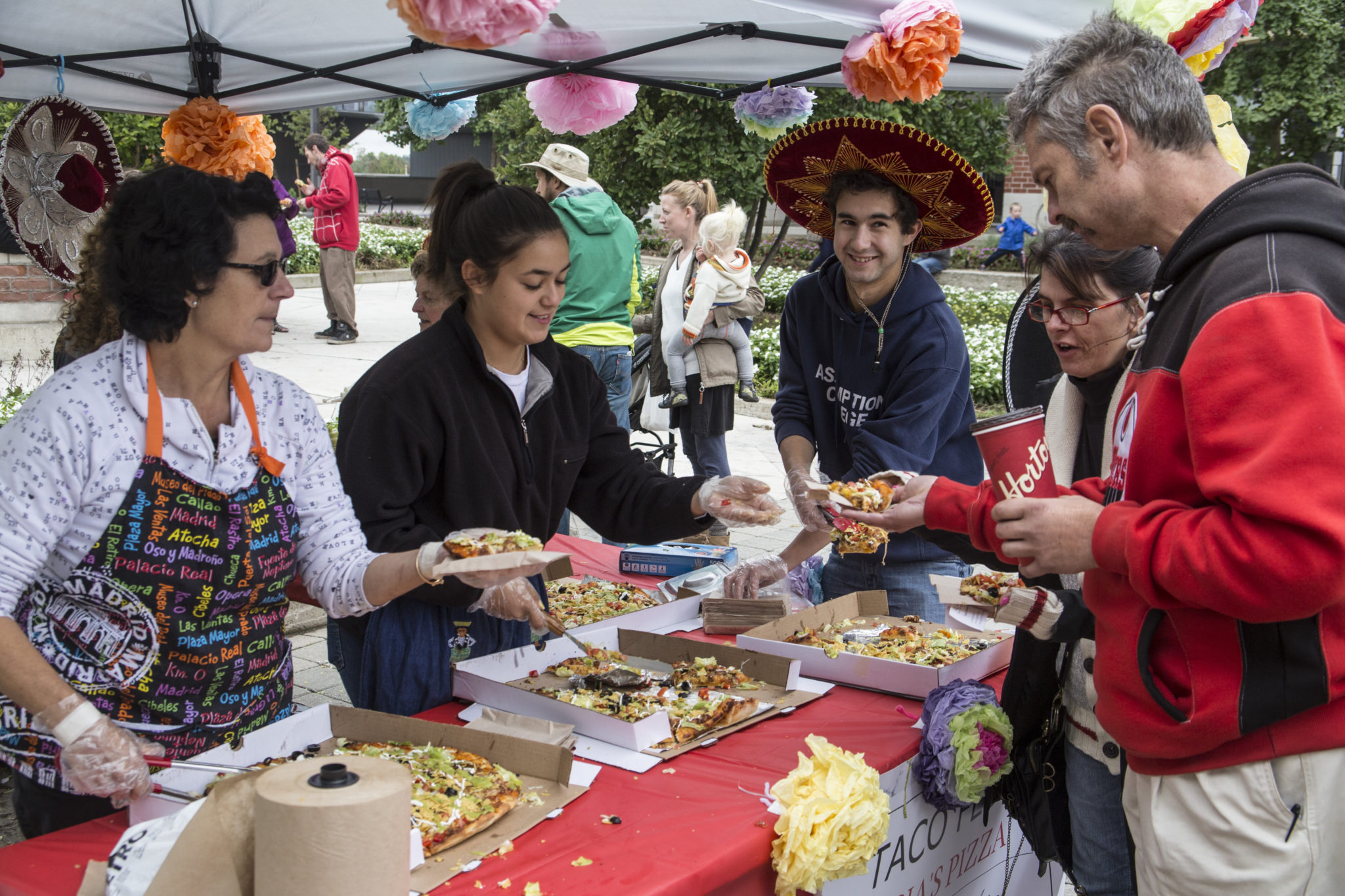 This past Sunday, Brantford held its second annual taco fest in the heart of downtown. Residents were gathered in the square as early as 11 a.m. ready to eat tacos from local businesses. Businesses that were featured were Burrito Brothers’ on Dalhousie, Maria’s Pizza on Colborne West, and Mercasa on Henry Street. Residents could pay five dollars to get in and sample tacos from each business then later cast their vote on which business had the best tacos.  After 3 hours of taco sampling Maria’s Pizza was declared the winner.