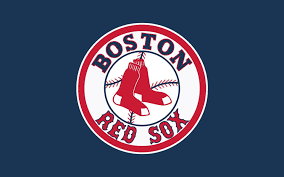 The greatest rivalry in all of sports added a new chapter to its story when the Boston Red Sox and the New York Yankees met in the American League Division Series for the first time ever. A rivalry with this much history, hatred and heartbreak meant high expectations for an action-packed series. It’s safe to say that it did not disappoint, with many highlights and lowlights to keep viewers on the edge of their seats.

The game started off with a bang when J.D. Martinez took J.A. Happ deep for a three-run homerun that gave the Red Sox a three-zero lead after the first inning.

The Red Sox added two more runs in the third inning. This built a five-nothing lead that would prove to be unbeatable when Craig Kimbrel struck out Luke Voit to end the game. Even then, the Yankees were able to chip away at the lead and the final score was a much closer five-four game.

Game two started similarly to the first game when a second first inning home run was hit, this time by the Yankees Aaron Judge hitting his second homer of the series to put the Yankees up one-nothing.

The second inning saw Yankee catcher Gary Sanchez hit his first of two home runs in the game to put the Yankees up two-zero, and they wouldn’t look back. They stole one of two games at the historic Fenway Park and tied the best-of-five series at one game apiece.

In this game, we saw some tempers flare when Red Sox relief pitcher Ryan Brasier told Gary Sanchez to “get in the box,” minus a few coarse words, after Sanchez called time-out for the second time at bat. Brasier would strike him out, but Sanchez would seal the game with a three-run homer in his next turn at bat.

Game three was played at Yankee Stadium in New York, where the crowd was expected to play a large role in the game by providing a loud atmosphere – something a much smaller and older Fenway Park failed to do.

However, the Red Sox quieted the Yankee crowd when they forced Yankee starter Luis Severino to exit the game after only three innings. The Red Sox proceeded to score three runs. The Red Sox would only get better from there, as they continued to score runs.

Brock Holt, the Red Sox’s second baseman, would become the first-ever player to hit for the cycle in the playoffs. He hit a two-run home run in the ninth inning and made history by producing a single, double, triple and home run in the same game. Red Sox starter Nathan Eovaldi was brilliant, pitching seven innings and only surrendering one run while his offense gave him 16 runs to work with. The Red Sox won the game 16 to one to take a two-games-to-one series lead.

Game four was a do-or-die situation for the Yankees, because if they lost, their season would be over.

Again playing at home in Yankee Stadium, the Yankees watched as the Red Sox jumped out to an early three-nothing lead. After three innings, Ian Kinsler doubled to drive in a run and would also come around to score.

Red Sox manager Alex Cora made the questionable decision to bench Brock Holt after his stellar performance in game three. This was in favour of Kinsler, and it paid off. Christian Vazquez homered-off Zach Britton to extend the Red Sox lead to four-zero, but the Yankees were not dead yet.

Heading into the ninth with the all-star closer Craig Kimbrel back on the mound, the Yankees mounted a comeback to pull within one run. With two outs and a runner on first and second, Gleyber Torres hit a chopper towards third where Eduardo Nunez made an incredible play to throw him out and win the series for the Red Sox. The final score was four-three and three games to one.

The Red Sox will now play the Houston Astros for the right to play in the World Series, while the Yankees head home until next year. Let’s hope the ALCS is as entertaining as this series was.