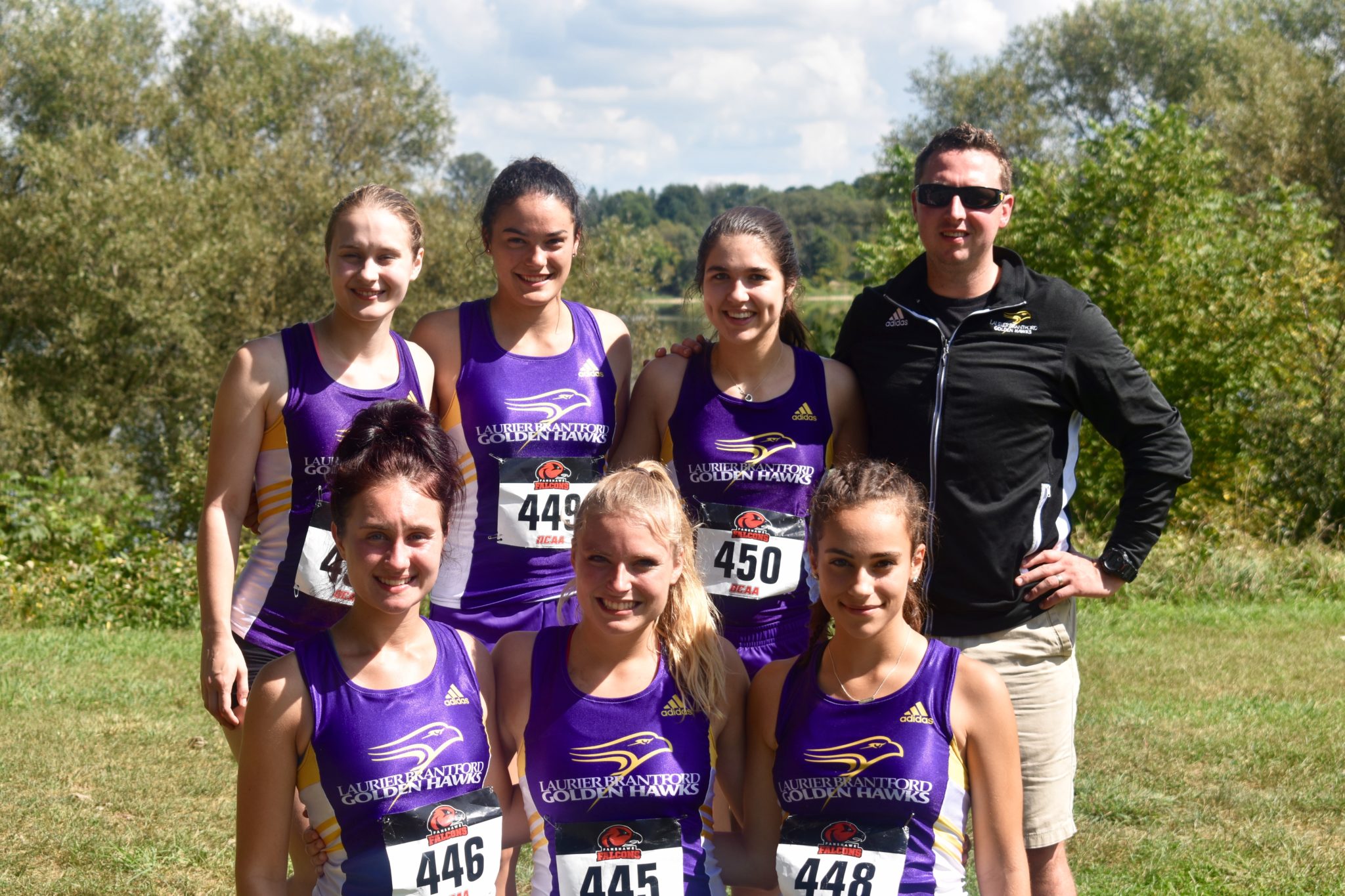 The event, which took place on Oct. 27th at the University of Toronto Scarborough campus, was the final event before the Canadian Collegiate Athletic Association (CCAA) national championship on Nov. 10th in King City, Ontario. Laurier Brantford’s women’s cross country team finished in third place, booking their trip to the national championship.

“Looking at them [the women’s team] celebrating, it really got me emotionally,” said Head Coach Cory Currie. “I know that feeling when you work so hard for something and it finally happens. I’m very privileged to be their coach and couldn’t have asked for a better group of ladies.”

The Golden Hawks had originally tied for second place, but due to a tie-breaker, Laurier Brantford slid down to third position. Tie-breakers are decided through the fifth place runner’s time, as team scores are calculated by adding the placings of the team’s top four runners.

To go with team success, individual success and accolades were also featured for Laurier Brantford. Brown, to go along with a 10th place finish, earned a spot on Second Team All-Ontario, and was also named OCAA Rookie of the Year.

Following her provincial success, Brown has goals set for nationals.

“It’s definitely added a good start to my university career,” she said. “That’s why I like that it’s a fall sport.”

Although Laurier Brantford did not have enough male runners to feature a men’s team, Ahad Naim qualified for the national championship after placing 12th. Naim was also named to Second Team All-Ontario.

“Ahad had the race of a lifetime,” said Currie. “He really showed his potential that he can run with the best in Ontario and listen to the race plan we came up with and execute it perfectly.”

The future looks bright for Laurier Brantford’s women’s cross country team, as three of the team’s four top runners are rookies. The rookie factor, combined with continued and consistent success only means the team should be challenging not only a podium finish, but a potential top spot in the years to come.