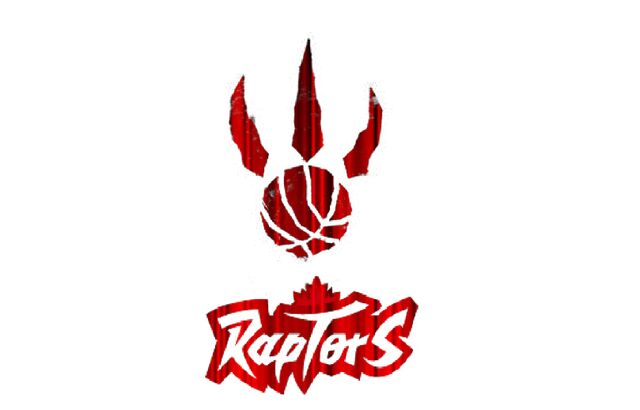 Most teams would be satisfied coming off a second straight division title and a franchise record 49 wins, however that is not the case for the Toronto Raptors as they begin their twenty-first season.

General Manager Masai Ujiri made the decision to change one third of his roster in an attempt to do something he has been unable to do as a general manager: win a playoff series.

The Nuggets lacked a true superstar following Ujiri’s decision to trade Carmelo Anthony to the New York Knicks. The Raptors find themselves in a similar situation, lacking the type of player who can put his entire team on their back and carry them to victory.

The closest the Raptors have to a superstar player is all-star point guard Kyle Lowry. Lowry, clearly feeling the disappointment and pressure of losing in the first round for a second consecutive season, completely remade his body in the off-season. Lowry entered training camp lighter and leaner, hoping to improve his explosion when driving to the basket and push the Raptors offense. The Raptors’ other all-star, DeMar DeRozan, is feeling a different type of pressure this season. The face of the franchise holds a player option at the end of the season that he will almost certainly exercise as the NBA salary cap skyrockets thanks to the two massive television deals the league signed last season.

DeRozan looks to play his best in hopes of landing a maximum contract, a contract that reports say Ujiri is unlikely to give to DeRozan. DeRozan is a limited basketball player, and Ujiri recognizes this fact. DeRozan can drive to the right with the best in the league. However, his skills outside of that are limited. When forced to go left, the Raptors offense often stalls and results in a bad pass or midrange jumper by DeRozan, who is only a 27 per cent three-point shooter. Defensively, DeRozan struggles at time to stay in front of the elite swingmen throughout the Eastern Conference.

The first big shakeup during the eventful off-season for Ujiri was signing free agent DeMarre Carroll to a four year contract worth almost $15 million a season. In order to sign Carroll, Ujiri was forced to renounce the rights of forward Amir Johnson, who would go on to sign with division rival Boston Celtics.

The signing of Carroll will likely result in the former Atlanta Hawks forward becoming the next fan favourite for the Raptors. Carroll will not be on any highlight reels for his play, but the Missouri graduate is a tenacious defender who is not afraid of hitting the floor to grab a loose ball. As the NBA continues to move to a small ball philosophy, Carroll is expected to see minutes at both forward positions.

Later in the summer, Ujiri extended the contract of starting centre Jonas Valanciunas for another four seasons. The deal is considered to be under market value for a player the caliber of Valanciunas, who likely could have claimed a bigger salary had he elected to test the market as a free agent.

Ujiri, like many within the NBA, expect the fourth year player from Lithuania to continue his upwards trajectory and emerge as one of the Eastern Conference’s top centres. With the departure of Johnson, Valanciunas will be required to play more minutes in the fourth quarter. Head Coach Dwayne Casey has been reluctant to do this during the first three seasons of his career. For this season, Casey may not have a choice as the front court rotation has been turned over.

The last member of the starting lineup is less a permanent fixture, but currently it is 35 year-old Argentinan Luis Scola. Scola provides a reliable veteran presence who posted strong advanced metrics in rebounding last season with the Indiana Pacers. Patrick Patterson, who enters his third season with the club, will likely be the first man off the bench. The bench was completely remade in the offseason, as Ujiri opted to let Tyler Hansbrough, Chuck Hayes and Landry Fields leave town as free agents.

. Advanced rebounding metrics also appeared to be used when the Raptors made the decision to sign former lottery pick Bismack Biyombo. Biyombo is limited offensively, but offers a shot-blocking presence on the defensive end. Another new member of the bench is former first overall pick Anthony Bennett. The Raptors took a chance on the Brampton player after miserable stints in both Cleveland and Minnesota. Bennett is the definition of low risk, high reward as the Canadian possesses talent, but has never found a role in the NBA.

The signing of Bennett is not the only Canadian to be added to the Raptors roster. Pickering native Cory Joseph signed a four-year contract worth $30 million after the San Antonio Spurs rescinded his restricted free agent offer in order to sign LaMarcus Aldridge. Joseph will be the first guard off the bench in Casey’s remade bench rotation. The move is risky but the contract could prove to be an absolute steal as the cap rises. If the Raptors hope to win in the first round, they need Joseph to emerge as a replacement to either last season’s NBA Sixth Man of the Year Lou Williams, who signed with the Los Angeles Lakers or Greivis Vazquez, who was traded to the Milwaukee Bucks at the draft.

Joseph is not the only player Casey and Ujiri are utilizing in attempt to replace high volume shooter Williams. Fourth year swingman Terrence Ross will move to the bench following more than a year of starting. Two seasons ago, Ross looked like a player who could emerge as a defensive stopper. However, Ross regressed in his third season and was no longer used by Casey to cover players such as Jeff Teague who routinely blew past Lowry. Offensively, Ross’s game can be frustrating, as he often settles for threes instead of driving to the basket for an easy two or a trip to the line. If Ross regains his form from his second season, where he connected on nearly forty per cent of his three pointers, he could be in the running for Sixth Man of the Year.

Other minor storylines to follow this season include the future of Head Coach Dwayne Casey whose job could be in jeopardy if he fails to make it out of the first round. Casey’s relationship with forward James Johnson has been contentious at times. Johnson, in his second stint with the Raptors, was traded in his first stint after the two could not get along. Entering the final year of his contract, it would not be surprising to see Johnson exit town before that contract expires. New this season to the Greater Toronto Area is the new NBA D-League team playing out of Mississauga and operating as the Raptors affiliate.

Predictions: Raptors go 47-35 winning their third straight division title, again losing in the first round. Valanciunas emerges as a potential All-Star centre. Carroll becomes the new fan favourite. Former fan favourite Amir Johnson receives one of the biggest standing ovations from the fans inside the Air Canada Centre when he returns for the first time with the Celtics. DeRozan opts out at the end of the season, with Ujiri letting him leave and sign with the Los Angeles Lakers as a homecoming star and potential Kobe Bryant replacement.