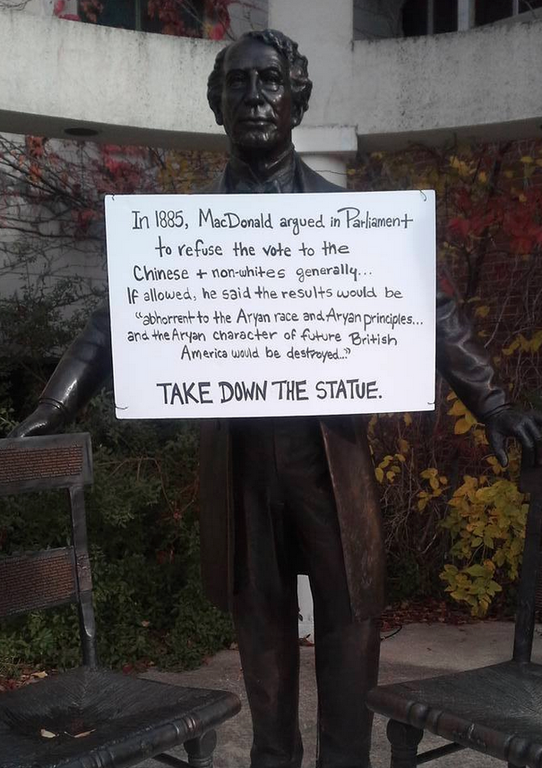 Wilfrid Laurier University’s president, Max Blouw, released a statement on Nov. 5 to explain that all formal talks about the future of the statue project will now take place via a Special Advisory Committee.

Blouw’s statement explains that given the divisive stances each of the governing bodies have taken in regards to the project, a Special Advisory Committee will be put together in order to, “engage in a respectful dialogue and to learn and reflect on the points of view that others are putting forward,” and provide advice on how the University should move forward regarding the project.

According to the statement, the advisory committee will include: three faculty senators (to be selected by the senate), a member of the Board of Governors, a member of the Students’ Union, a member of the Graduate Students’ Association, an Arts Divisional Council Student Member, a member of the WLU Alumni Association, Dean of Arts, Richard Nemesvari; Dean of Education, Colleen Willard-Holt; Chair of Political Science, Debora Van Nijnatten; Faculty of the Department of History, Susan Neylan; and AVP of External Relations; Joel Peters. Other key representatives, as highlighted by Blouw, will be, Principal-Dean of Waterloo Lutheran Seminary, Mark Harris; Senior Advisor of Aboriginal Initiatives, Jean Becker (plus an additional Aboriginal representative), Director of the Diversity & Equity Office, Laura Mae Lindo and VP Student Affairs, David McMurray who will chair the Special Advisory Committee.

Jennie Rideout, a Laurier Brantford alum, who is an advocate working as part of the group, Students Against The Statue Project, explains that Blouw’s decision to create an advisory committee came with no notice.

On Nov. 5, Students Against The Statue Project requested to speak at Laurier’s upcoming Nov. 26 Board of Governors meeting on behalf of students and alum opposed to the project.

“Three days later we received notice that the project was taken off the agenda for the upcoming meeting. In fact, it was taken off the agenda for any meeting. The decision would instead be made by a hand picked committee who would advise the Board of Governors privately – lacking all resemblance of democratic process or debate,” said a Nov. 7 statement on Students Against The Statue Project’s Facebook page.

Rideout is concerned that by forcing the discussions about the statue project to move ahead with a “hand picked” advisory committee, the University is sending students a confusing message about the role of the student voice in moments of formal decision making.

“In times of need and in times of tough discussion, they take it off the table,” explained Rideout.

According to Blouw’s statement, the expectation is that the advisory committee will report back “early in the new year,” with a plan on how the university should move forward with the project.

“We’re hoping it’s going to be quick, so that we can get this all settled one way or the other,” explained Rideout.

Students Against The Statue Project hope to speak with all members of the committee in order to ensure their voice is heard. “We’re still here, and we’re still paying attention,” said Rideout.

According to Rideout, despite the Laurier Brantford community being engaged in conversations about the Statue Project, Brantford does not appear to be represented in the advisory committee.

“Students Against The Statue Project will continue to collect letters of opposition, addressed to the Board of Governors and President Max Blouw, until mid-December,” Rideout explained.