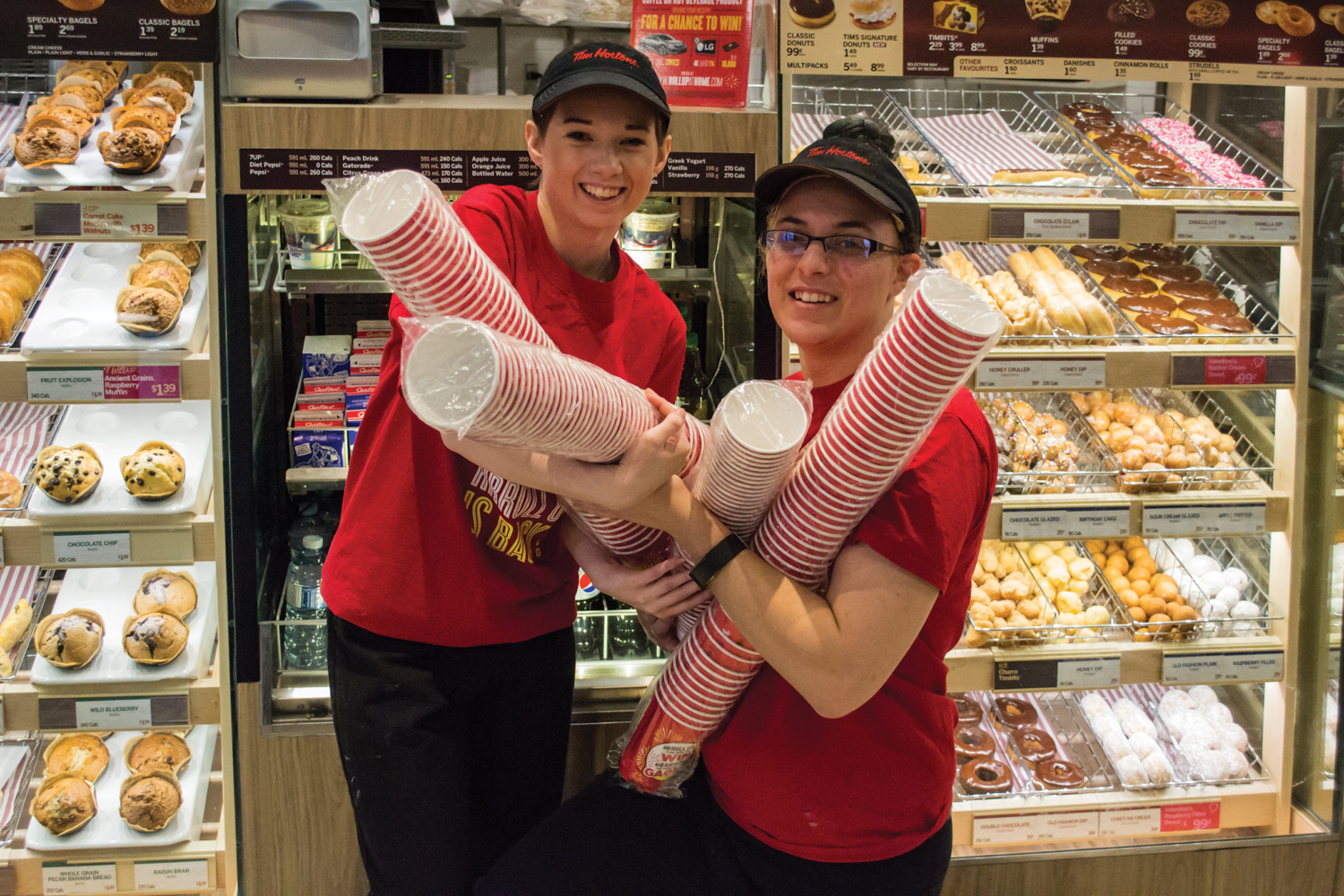 February started as it usually does, with a gust of cold Canadian wind and Tim Hortons’ incredibly popular Roll Up the Rim promotion.

Laurier students started buying hot drinks and sharing their wins and losses on social media. There was even a snazzy new Snapchat filter this year for customers to fill in wins and losses columns. It’s an incredibly busy time for Tim Hortons locations everywhere.

“Ever since Roll Up the Rim started, business has been pretty hectic,” said Doug Webber, a Brantford Tim Hortons employee and third-year criminology student at Laurier Brantford. “Some days it’s lined out the door for hours on end, never having a moment to yourself for an eight-hour shift.”

But for all the extra business, it seems people aren’t winning that much.

“This season I have zero wins and seven losses,” said Sean Harrison, a second-year game design student at Laurier Brantford. “[In]Total I am on a 46-cup losing streak.”

It seems that many Laurier students are having bad luck with those cups this year, and they’re not alone.

“Friends of mine always complain to me that they never win, or customers ask for a ‘lucky’ cup,” said Webber. “Sometimes people try to hand in winning cups that have already been handed in, cups that have either been hole punched or ripped in half.”

There are lots of ways in which people try to cheat the system when it comes to Roll Up the Rim.

“One of my buddies tears them in half and use the English and then the French side,” said Tenuta.

Aside from gaming the system, some people think that buying different sizes gives them a better chance of winning, although this might not be entirely true.

“I had a friend that worked at Timmies and she explained it all to me. They post exactly how many roll up cups they print in each size and if I remember correctly there are more large cups printed, but they also sell more large cups so I feel like it works out to be pretty even,” said Harrison. “However at the end of the season you have to start ordering extra smalls or extra large because they only have [winners in] those sizes left.”

There is a rumor that chances of winning depend on the size of the cup.

“All sizes have an equal chance of being a winner,” said Webber. “People, however, tend to upsize their winning cups to extra-large. You can use your rollups for any hot drink… Hot Chocolates, French vanillas, lattes. Use your roll ups for the more expensive drinks if you are buying more than one drink.”

For many Laurier students, the month-long campaign isn’t about winning. It’s about the group trips to Timmies in between classes so everyone can get a cup and see if they win.

“Roll up season to me is like a weird, silly holiday. Like when roll up comes back everyone just gets a little more excited about a morning coffee and it just makes people happier,” said Harrison. “I feel like it’s nice to just have a small, silly thing that makes everyone who’s around just a little happier. I feel like people really get behind it and it’s fun to talk about.”

Though it might not be one in every six Laurier students winning this year, the promotion is still as popular as ever with cold Golden Hawks in need of a warm drink.