Playing for the Cheque 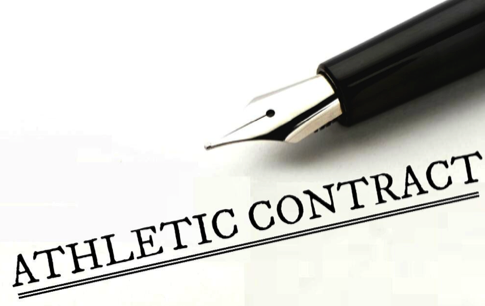 With the Panthers facing off against the Broncos Super Bowl fifty and our own Toronto Raptors ranking second overall in the NBA’s eastern conference the visibility for professional sports couldn’t be any higher.
Whether it’s watching Steph Curry hit an easy three or Messi bring his team towards another championship, we can’t help stand in awe to the superior physicality of our favorite athletes. But equally important to our incentive of watching professional sports is the motive that drives our sports stars to constantly be at their best. The question is whether these high-caliber athletes play simply for the love of sport or their love of money.
Floyd Mayweather Jr, James Harden, & Messi are only few examples of high profile athletes who have made well known their love of money. The 600 000 euros a week Messi demands to kick a ball around for the premier league can feed countless starving children around the world. Mayweather almost having denied the “fight of the century” because his demand for fifty percent of gross pay per view revenue was not met. Harden who signs for an eighty million dollar contract to play five years with the Houston Rockets shows us the kind of return you can get for selling your sportsmanship. But we shouldn’t discredit the value of organized professional sports just because a few athletes demand a wage that is more a reflection of their grandiosity than it is their talent.
Luis Scola, Raptor’s power forward, has been a major key to the success of the Raptor’s offence. Having conformed to the values of his team and playing at his best effort, Scola was only picked up for a mere three million dollar contract when in fact the value of his talent is much higher. It only takes the sensation of a few high profile players to taint the image of an entire industry. There is nothing wrong with watching and loving professional sports. It only takes the admiration over a mutual sports team to turn two complete strangers into friends. Franchises are developed, merchandise is sold, and contracts are bid over. It’s not unreasonable to think these franchises require millions of dollars to continue operating the way they do because that’s the way we like it. At the end of the day, we’re the ones that pay their salary so if you believe someone is earning more than they’re worth, you should adjust your viewing accordingly.