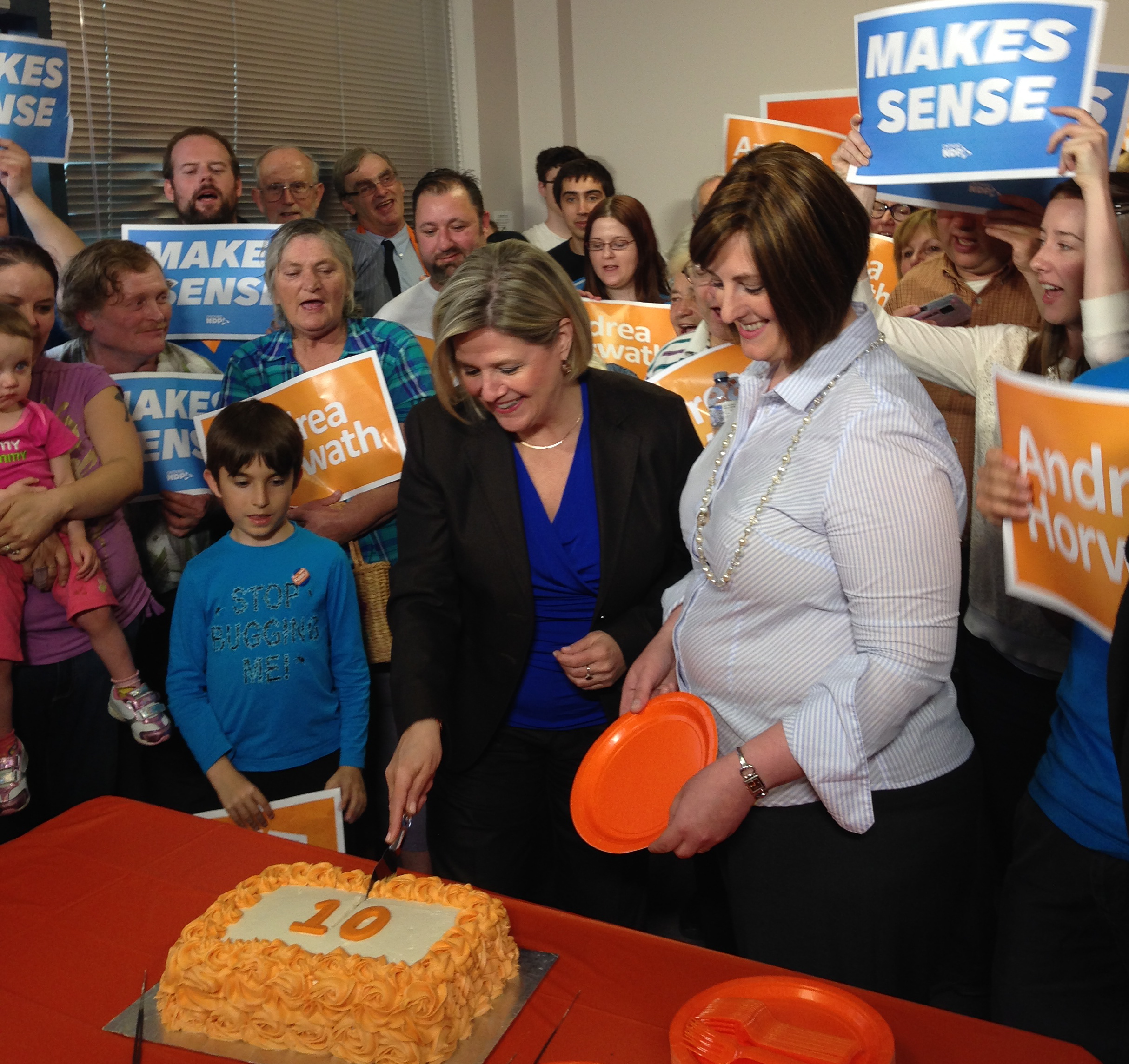 Entering the room to her campaign song, Phillip Phillips’ “Home”, Horwath told her supporters “it feels great to be back in Brant.”

Despite the rain and humidity, one hundred supporters huddled together in Felsky’s compact campaign space, clutching orange and blue signs that read “Andrea Horwath” and “Makes Sense”.

Horwath’s visit comes hot on the trail of her announcement earlier this week, that if elected she plans to eliminate HST from Ontario hydro bills.

Horwath approached the issue of regional transit expansion by saying that she is interested to see the GO Transit plan Brantford’s city council has established, “I know that there’s a growing demand for transit in the province.”

Horwath said she’s excited about the amount of youth interested in this election, “more and more young people are becoming engaged in political affairs, and I think that’s very important.”

On the topic of post-secondary education, Horwath says she’s opposed to the idea of tuition hikes, “tuition fees are already the highest here in Ontario.”

This month marked Horwath’s tenth year as a politician, and in honor of the anniversary, Brant-NDP presented Horwath and her supporters with a celebratory cake from Sophia’s Bakery.