No Tribe, thank YOU for the service 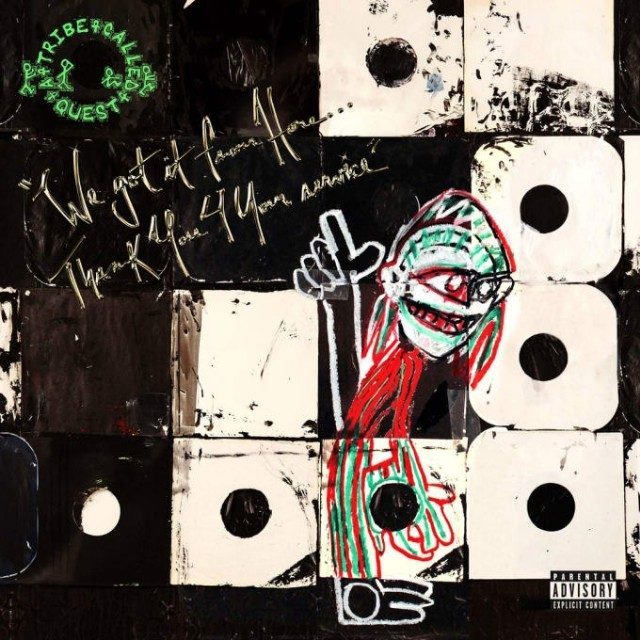 Despite Phife Dawg’s lengthy battle he was able to join fellow tribe members Q-Tip and Jarobi in the creation of the album. They are joined by the musical talents of Busta Rhymes, Kendrick Lamar, Consequence, Andre 3000 and Kanye West, among others.

We got it from here… Thank You 4 Your service presents a number of political themes; a topic that has not presented itself as blatantly as in past albums. Primarily first two tracks, “The Space Program” and “We The People…”, present ideas of corruption, bias, and hate within the government.

Despite these heavy political themes,We got it from here… Thank You 4 Your service has a number of positive undertones. At times the album feels like a celebration of the late-Phife Dawg’s life; while at others it feels like a passing of a torch from one generation to another. This is most notable on “Dis Generation” where Q-Tip calls rappers Kendrick Lamar, Joey Bada$$, J. Cole and Earl Sweatshirt, “gatekeepers of flow”.

The production ranges from tropical-inspired beats on “Whateva Will Be” and “Black Spasmodic” to sample heavy beats on “Solid Wall of Sound”(Elton John’s “Bennie and the Jets”) and “Enough!!” (Rotary Connection’s “Memory Band”, which was also sampled for their 1990 hit, “Bonita Applebum”). A Tribe Called Quest weren’t afraid to get experimental with the production. This can be seen on “Melatonin”, a paranormal sounding song based on the struggles of the over-the-counter drug.

The featured artists on We got it from here… Thank You 4 Your service add variety to the album. Abbey Smith wonderfully punctuates Q-Tip’s bars on “Melatonin” with her bluesy voice. Anderson .Paak released a fusion of melodic bars on “Moving Backwards”, a song about the contrasts between success and failure. Busta Rhymes also contributed quality verses on “Solid Wall of Sound” and “The Donald” however, his verse in “Mobius” may have shined more on a different beat. However possibly one of the hidden gems on the album is Consequence’s final verse on “Whateva Will Be”.