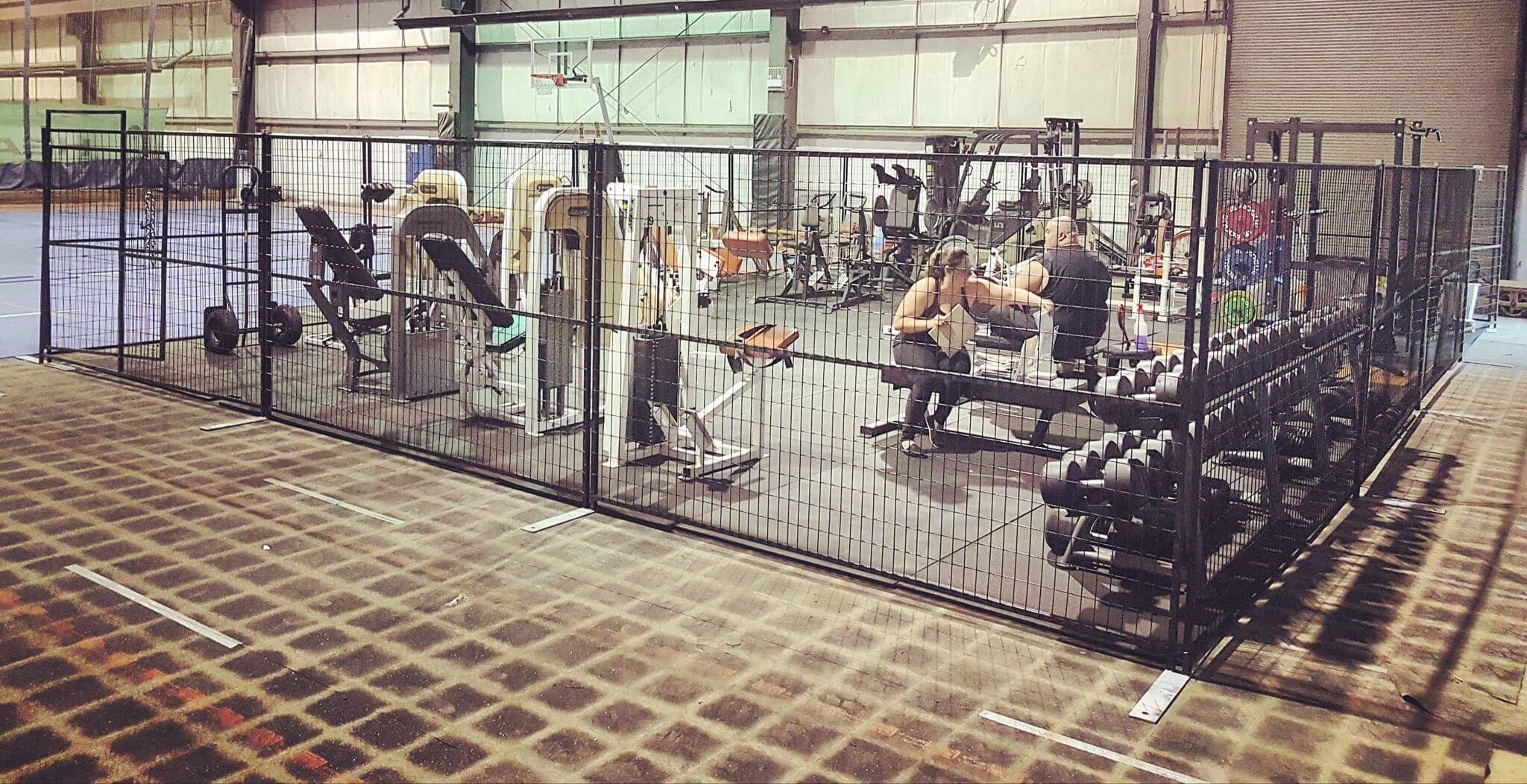 Michael Parsons has taken his home garage gym and turned it into an expanded facility located at Wayne Gretzky Parkway.

The doors of Alpha Power and Performance Training, run by Parsons and his team, officially opened on Monday, September 24. Before the operational opening, Parsons ran a small home gym out of his garage.

Parson described the transition from home gym to a big facility as a “very exciting move”.

“It was exciting to see everything set up the way I want it to be, also to have the room and expand and to make sure my clients are being taken care of the best that I possibly can,” said Parsons.

Due to the commitment Parsons put into his own gym, he was able to keep and transition all his clients from the old garage gym into his new facility.

“Early on when I was looking for commercial property, I was trying to get clients to come into my home gym in my garage; it was accelerator storage facility that told me ‘hey, we have this space for you if you want it’ and I said ‘oh, okay’. It made me realize, ‘Oh my gosh, I’m getting pretty busy. I need to expand’,” Parsons said.

Parsons described the turnover as a “really quick process”; it only took three weeks to get the gym fully operational.

“Before you knew it, we were getting a truck, a power lifting team and some clients together; ‘we’re moving the gym guys’,” continued Parsons.

Laura Duguid and her husband Lucas were originally contracted to create Parson’s branding and logo for the new gym, but they then also became clients of Parsons’. Duguid described herself as “getting hooked” after just the first session.

“We were working out at the time and had gone from a circuit-type workout style to a more strength training style and were really enjoying it. Mike suggested we come out for a free session and he could have a look at our technique. He wanted to make sure we were lifting safe and effectively,” Duguid said. “It was radically different than anything we had done before and we saw immediate benefit to our strength gains. Mike’s attitude was also very different as a trainer; he was more engaged and passionate about the sport.”

Duguid said that she felt as though people didn’t really get to see the gym for what it was and what it could be when Parsons was first working out of his garage.

“I’ve always felt that the level of service Mike provides to his clients has been superior to any other big box gym or group training facility.  His philosophy of putting his clients first has never slowed him down,” Duguid said.

Parsons has a background in competitive weight lifting and says that the goal of his gym is to help people recognize that strength isn’t a bad thing: “[We] try to help bring out strength training to the masses and show them it’s not as intimidating as they think it is”.

Parsons acknowledges that one of the biggest challenges that he may face with his new facility is recreating the old sense of intimacy that he had with his old garage gym.

“It was a really nice small area, we could close the door and have a real private, intimate atmosphere, and trying to keep that feeling in a larger open space and really keep that space on point and on message ‘that we’re training to have fun and to be excited [about what we do]’,” Parsons said.

Parsons also wants his future clients to know that the gym aims to be an inclusive space.

“It’s one of those sports that is completely inclusive to any gender and it’s totally non-exclusive, everybody is welcome and it’s one of the few times that I have ever been able to work side to side with women and men and we’re all supporting each other, whether were in direct competition with one another or not, we want to see someone else succeed,” Parsons said.

“We have a squad of teen girl lifters who have suffered with low body image for far too long and they are learning the value of their strength and genetic attributes and that is 100% based on how Mike trains,” said Duguid.

Parsons plans to hold an open house ceremony in about a month for the gym.