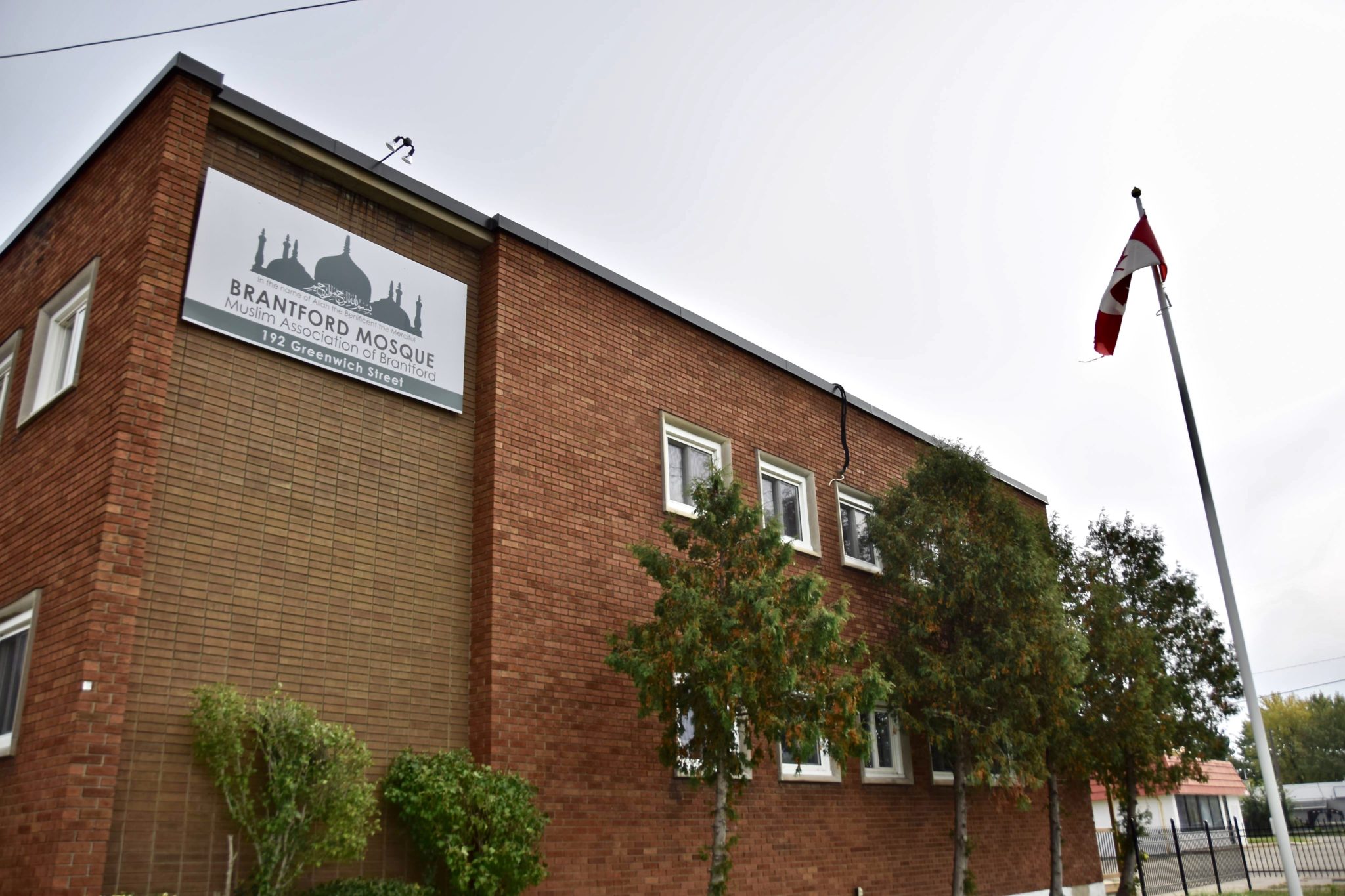 The Brantford community flooded a local mosque with support after vandalism incident.

Friday, Oct. 26 Brantford Mosque held a community event of solidarity after their place of worship had been vandalised last week. The vandalism contained hateful graffitied messages such as “you are not welcome” and “go back to Arabia” as well as other vulgar messages.

Abu Noman Tarek, Iman of Brantford Mosque, said he was “shocked” and “saddened” upon learning of the vandalism.

The solidarity event began with a sermon and prayer. Regular attendees of the mosque gathered together with members of the community as well as municipal politicians.

Tarek described his congregation of the mosque as “very proud to be [in Brantford]”.

The Muslims’ Association at Laurier Brantford has students who attend the mosque and who were also in attendance at the solidarity event.

“I am a little upset about the mosque being vandalised because this is a safe space for me to come and practice my religion; for that to be violated was very upsetting to me,” said Fatima Kahn. “I feel like at times like this muslims try and distance themselves from what they see and isolate themselves from their religion and their community because they are scared but I feel like at times like this we should be doing the opposite and coming together and talking with one another about it.”

“I do think that everything happens for a reason. This clearly happened for a reason and even though it’s very upsetting, I do feel like it does bring the community closer and we benefit from it because we talk about what’s going on around us and people who usually wouldn’t end coming to the mosque, end up coming to the mosque,” said Mahdiyyah Kasmani.

The message of the sermon was that although ignorance may lead to fear and acts of hatred, love will dispel that out.

After the sermon and prayer, people gathered into the multi-purpose hall to hear encouraging words, not only from the Iman but from municipal politicians and every day community members.

“Hate wins when good does nothing,” said one Brantford retiree as he stood and addressed the crowd. He continued that Brantford should “let love win” and let the muslim population of Brantford know “you are loved.”

“What happened here is unacceptable and not reflective of the community I call home,” said Joshua Wall, ward five councillor. “We should all want to know what makes us different and unique: to embrace that, to celebrate that.”

While speaking to the crowd, Wall decided to address the silver lining of the incident: “Something this bad brought this much good. This is what I wanted to see.”

Tarek and other members of the community showed off messages of support that had come in from the Brant community as well as from other surrounding cities.

Those in attendance were encouraged to leave behind positive messages on bulletin boards that were laid out. “One of the ways in which we’re responding to the hate is with a message of love,” said Tarek. These positive re-inforcements were to be left in the place where the vandalism had occurred.

Brantford Police are investigating this incident as a hate crime. The police have released images of two young male suspects.

“The Brantford Police Service is taking this incident very seriously and are seeking the public’s assistance in identifying the two individuals who are responsible,” police said in a released statement.

“We have full confidence that their investigation will result in justice,” said Tarek.