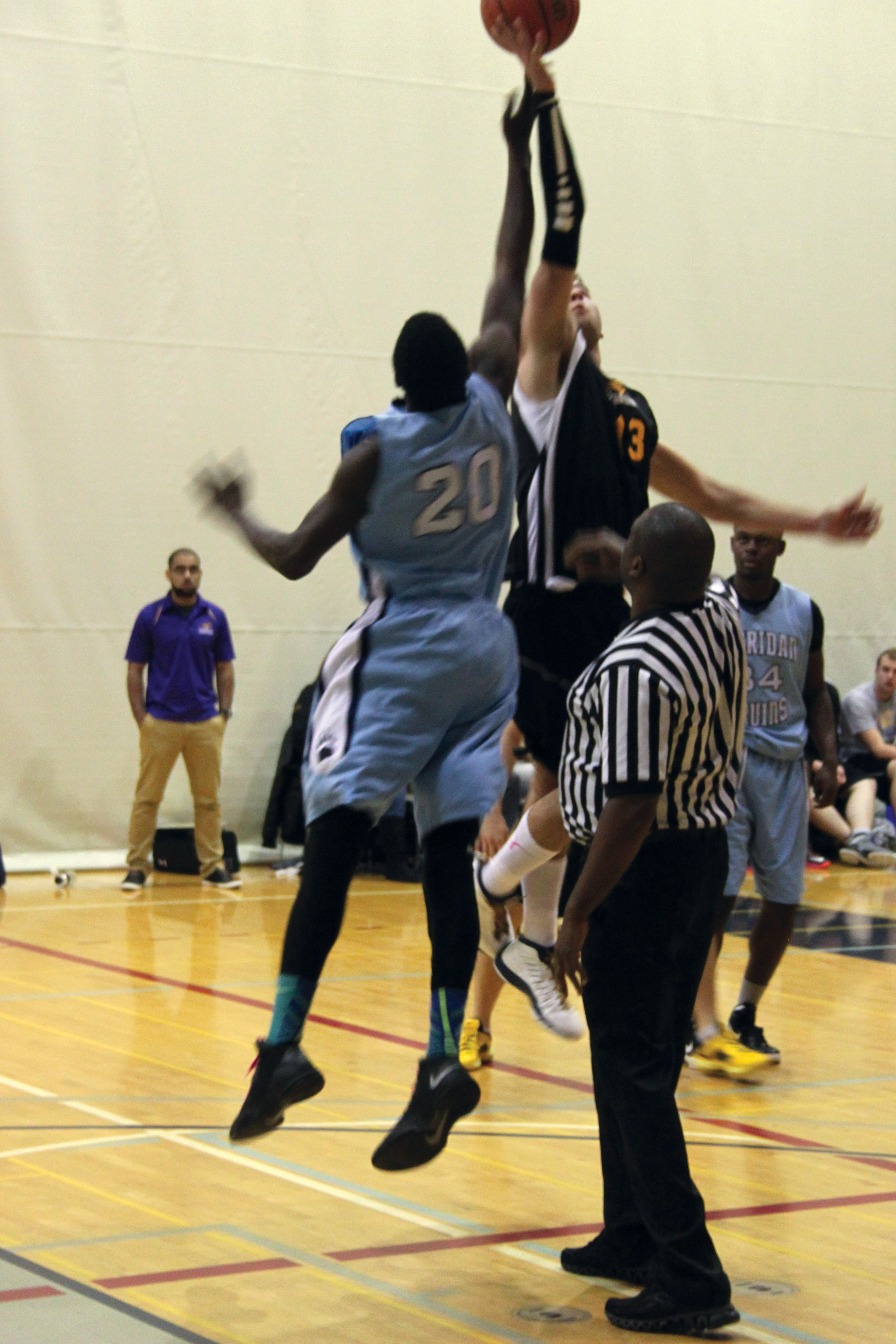 It was the same story for the Laurier Golden Hawks men’s extramural basketball team in their tournament at UTM on Friday, as they were ousted in the semifinals again, this time at the hands of the Sheridan College Bruins 58-37.After losing their opener 77-38 to the host team, the Golden Hawks bounced back with a 54-31 against Fanshawe College, securing second place in their pool and a by into the semifinals.

With a two and a half hour layoff in between the team’s final round robin game and the quarterfinal against Seneca-York, the rust showed. Laurier committed costly turnovers and shots simply weren’t falling and because of this, the Golden Hawks were down 23-20 at the half.

The team came out much more energized in the second half, led by centre Daniel Kandalis. Kandalis was sharp from the perimeter, nailing key three pointers to put the team ahead and this opened up his ability to penetrate in the paint. Laurier would pull away and by midway through the half, put up a double-digit lead, something they would keep until the final whistle, winning 44-33.

Taking the confidence from their quarterfinal victory into Laurier’s semifinal matchup with Sheridan College, there was the making for a much tighter game, after losing terribly 50-23 in last year’s tournament at UTM.

But Laurier still couldn’t quite find their stride, starting the game off on the wrong end of a 10-2 run. The Golden Hawks would keep it close, going into halftime only down by nine. They would stay hovering around that number throughout the game, being out-rebounded and not capitalizing on second-chance shot opportunities. Co-captain Matthew Wright and Daniel Kandalis both drained three-pointers late to keep it close, but the team ran out of gas and the Bruins pulled away with less than five minutes to play and never looked back.

“I wouldn’t say it was lopsided, it just kind of slipped away,” head coach Syed Hussain says. “Everybody stepped up and played good and showed good heart. We just have to learn from our mistakes.”

Mistakes that mostly were in the offensive zone, co-captain Wright says. “Rebounding was a big problem,” he explains. “I think there are a lot of positives, but we need to work on our offensive game and we need to have energy from the get go.”

And these are mistakes that need to be worked on quickly with the team’s next tournament taking place in two weeks at Redeemer University College in Ancaster. But Wright doesn’t see this as a problem at all. “We’re getting back on track tomorrow. Ready to go, with hell to pay.”

And they’ve had success at Redeemer before, so they should be good to get back out there and be poised to win it all.